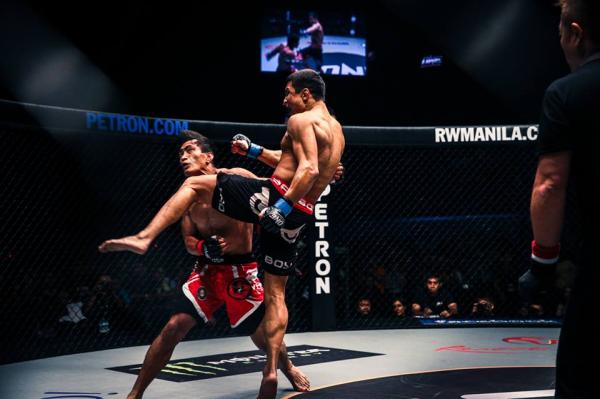 Finding something beautiful hidden in an uncommon place is one of life's true pleasures. It could be a diamond in the rough, a wild flower blooming between rocks, or an incredible prizefight tucked deep in the guts of cable TV programming or a Youtube account. But, the world is chaotic and it can be difficult to find the time to simply enjoy these quaint pleasures. This is what we are here for.

MMA has become a constant, international sporting endeavour. For hardcore fans of this sport in the past, it was a rite of passage, a duty and a thrill to stay appraised on what was happening in cages and rings all over the world. In 2014, the UFC and Bellator MMA combined to stage 69 events alone; just keeping up with the “major leagues” has become a real chore for a lot of serious fans, nevermind dedicating your Friday nights to AXS TV programming, or spending a weekday afternoon at work watching an M-1 Global card with an audience full of Russian knights on horseback on the banks of the Neva River. You might not have the time to sort through the stones to find those rare flowers in bloom. We do.

Sherdog.com has done the dirty work, leaving no stone unturned in finding the past year's most exciting-yet-obscure MMA gems. This list features 10 of the year's greatest knockouts which happened outside of the UFC and Bellator, putting the spotlight on KO artists who deserve to have their masterpieces admired in the same way as the sport's superstars, along with selected thoughts and musings from our Sherdog.com staff. This chronological list is not all-inclusive -- that'd be impossible -- but rather our personal favorite flavors from 2014, emphasizing the most technical, exotic and brutal ways to separate someone from their consciousness.

Some of these fighters are blue-chip prospects, some are mere journeymen. Some of these fights happened in strong, established regional promotions and some happened in dilapidated wastelands. But, regardless of who, what and where these knockouts entail, their places in the 2014 scrapbook cannot be refuted.

Whether you've seen 'em all before or they're all new to you, take a moment to enjoy 10 of the best knockouts from an entire year of mixed martial arts around the globe and remember exactly why you fell in love bizarre and beautiful sport.