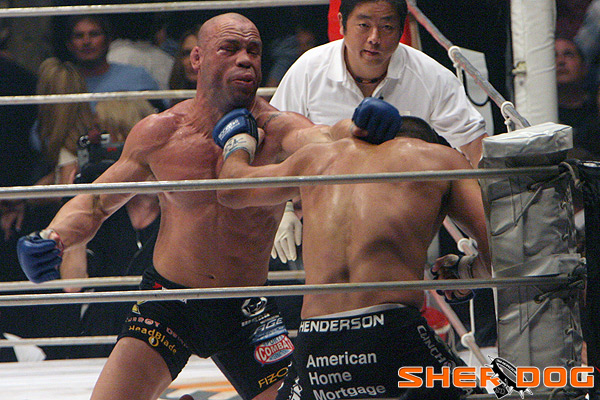 There has been plenty of buzz leading up to UFC 147, but very little of the talk has been positive. Instead, fight fans are wondering how the Ultimate Fighting Championship could charge pay-per-view dollars for a card that looks like little more than a slightly souped-up version of an “Ultimate Fighter” Finale, which usually airs on free TV.

While the event clearly lost a lot of its appeal once the Anderson Silva-Chael Sonnen rematch was moved to July 7, that does not mean it will not be worth your time. In fact, it is common knowledge that some of the promotion’s least-anticipated cards have delivered some of the best action.

With a lineup that includes accomplished veterans Rich Franklin and Wanderlei Silva and a ton of hungry up-and-coming Brazilian talent competing in front of what is sure to be a rabid crowd in Belo Horizonte, Brazil, UFC 147 certainly has more potential than it is being given credit for. Bypass it at your own risk. Rich Franklin File Photo
Franklin will seek first win
in more than two years.
The Matchup: Franklin has become the ideal company man, stepping in for the UFC whenever and wherever he is needed. Originally scheduled to face Cung Le at UFC 148, “Ace” heeded the call of his employer and replaced the injured Vitor Belfort at UFC 147, where he will square off with Silva for a second time.

Despite having lost their initial meeting, it should prove to be a more competitive pairing for “The Axe Murderer,” who might have struggled to handle to lightning-quick hands of Belfort. Although years of wear and tear have taken their toll on the former Pride Fighting Championships standout, he still has plenty of love for the sport and does not look to be anywhere near ready for retirement. His trademark aggression makes him a dangerous foe for anyone, as evidenced by his vintage finish of Le at UFC 139. After a few harrowing exchanges, Silva swarmed a fading Le in round two, finishing his opponent with a vicious knee and a barrage of punches. As Le fatigued, he made the mistake of standing in front of Silva -- a bad move against a fighter known for throwing each punch with murderous intent.

Franklin, who has not been in the Octagon since a unanimous decision defeat to Forrest Griffin at UFC 126, is not likely to be as accommodating. When they first squared off at UFC 99, the Ohioan kept much of the fight at a safe distance using solid punching combinations and a left body kick. Look for the 37-year-old to attempt to do the same in the rematch, as his consistent footwork and head movement seemed to frustrate Silva at times in their first fight.

However, if Silva can counter Franklin’s kicks effectively, he can hurt the former UFC middleweight king. “The Axe Murderer” staggered Franklin in the second round at UFC 99, and he will no doubt be eager to test the American’s chin again. While his power is not on the level it was during his Pride heyday, Silva is still fully capable of capitalizing on a mistake and launching an all-out blitz on a dazed adversary. If Franklin finds himself wobbly, he must hope he can recover quickly enough to avoid a whirlwind of knees and punches against the cage.

The flip side of this is that Franklin is as cerebral as they come, and if Silva is pressing forward and throwing bombs, “Ace” will have an opportunity to counter. Their first scrap went the distance, but both men were aggressive enough in that bout to think a finish would be more likely in the rematch. Takedowns do not figure to play an integral role, but Franklin does have solid ground-and-pound from top position, so it is a worthwhile alternative if Silva’s pace on the feet becomes too frantic for his liking. Meanwhile, if Franklin becomes too predictable with his kicks, Silva might very well be able to score a takedown or two of his own.

The Pick: It is not difficult to envision these two going the distance in a three-round fight, but in a 25-minute affair, someone is going to buckle. Look for Franklin to avoid any major mistakes and finish a tiring Silva via technical knockout in the fourth round.