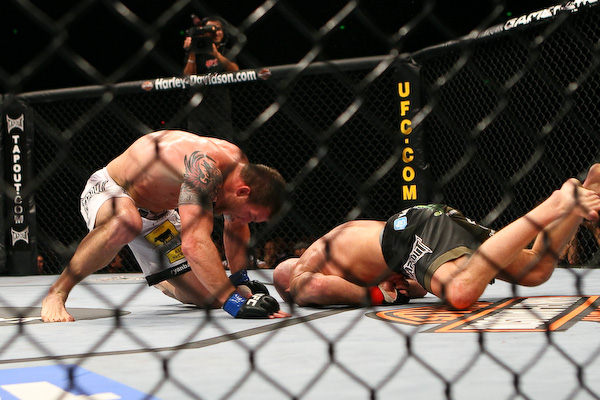 
The Ultimate Fighting Championship on Saturday takes its first trip to Maine with a card featuring a light heavyweight matchup between perennial contender Ryan Bader and the rising Ovince St. Preux. Topped with a couple of solid fights and sprinkled with several other intriguing matchups further down the card, this event is a workmanlike effort from the UFC, if not one that will generate a huge amount of buzz and anticipation beforehand.

Below Bader and St. Preux, Ross Pearson and Gray Maynard meet in an intriguing late-notice clash after an injury forced Abel Trujillo to withdraw, while Maine native Tim Boetsch faces Brad Tavares in a last-ditch effort to stay relevant in the middleweight division. A featherweight clash between veterans Thiago Tavares and Robbie Peralta holds some promise as an exciting fight, and the heavyweight battle between Shawn Jordan and Jack May is likely to be short and violent.

Let us take a look at each of the 10 fights on the UFC Fight Night “Bader vs. St. Preux” card, starting with the main event: 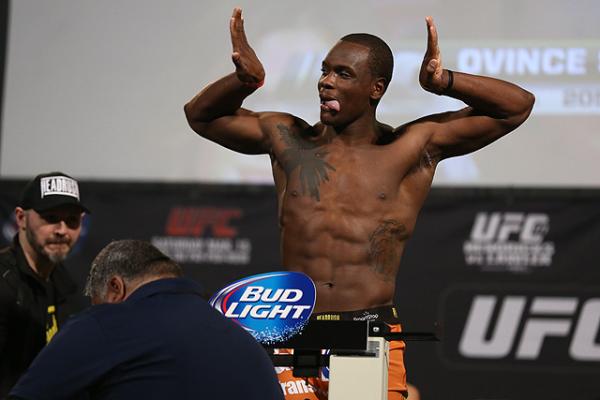 The Matchup: Following a devastating knockout loss to Glover Teixeira in a fight in which he was a hair’s breadth away from winning, Bader has gotten back on track with a pair of dominating decision victories over Anthony Perosh and Rafael Cavalcante. While he remains without a signature win over the elite of the division, Bader has proven himself as the gatekeeper to the cream of the crop.

St. Preux clearly has the talent to land among that elite group, and a win over Bader would cement his status as an up-and-coming light heavyweight.

Over 14 outings in the UFC, Bader has evolved from a one-dimensional though talented All-American wrestler into a skilled wrestle-boxer with enough pop in his hands to keep his opponents on their toes. His athleticism provides him with explosive forward movement, makes him surprisingly difficult to hit at range and powers one of MMA’s quickest and most technical double-leg takedowns. On the ground, Bader’s control is more based in wrestling than traditional Brazilian jiu-jitsu. He makes fantastic use of the top ride to wear down his opponent and land hard, will-sapping ground and pound, while his submission game in transitions offers enough of a threat that foes cannot afford to get careless in scrambles. Bader is technical and powerful enough to win fights on the feet, and the core of his game – the double-leg and top control -- works against all but the very best of the light heavyweight division.

St. Preux is something of an enigma. A talented wrestler at the high-school level, the former college football player offers hard kicks, potent if not picture-perfect punches, powerful takedowns and a few submissions. The tricky southpaw blends the various parts of his game in interesting ways: against Nikita Krylov, for example, St. Preux landed a unique body kick to double-leg combination. St. Preux is explosive and can cover a great deal of ground moving forward, a talent that his love of shift punches -- moving the rear leg forward on a punch so that it also functions of a stance switch -- accentuates. He has a dangerous and diverse game, and his great physical tools have thus far allowed him to get away with a few defensive issues in his wrestling and striking games.

The Pick: This is an intriguing matchup between a pair of peaking, talented fighters in the bottom half of the top 10. Both are outstanding athletes with great physical tools, but I would rate Bader as the more technical wrestler and striker. He also holds a massive advantage in experience against the very best the division has to offer. On the other hand, St. Preux shifts more fluidly between striking, wrestling and grappling, but he remains untested against the light heavyweight elite. If Bader can work takedowns -- and I think he will, as St. Preux’s defensive wrestling is not impenetrable -- he has a good chance at wearing down his opponent while doing enough to at least not lose the striking exchanges. Whether St. Preux continues to improve and correct his flaws and whether Bader can exploit them is the pressing question in this fight. St. Preux’s power and Bader’s hittable chin are the wild cards, but this is a matchup “The Ultimate Fighter” Season 8 winner should win. Bader takes it by unanimous decision.