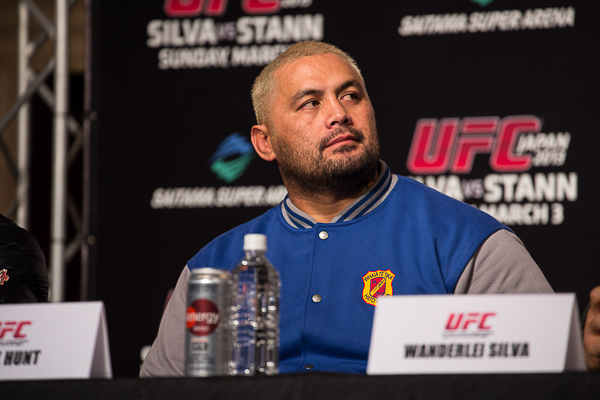 
The Ultimate Fighting Championship returns to Japan with a solid event that represents the peak of what it is willing to offer on the UFC Fight Pass platform.

Heavyweight brawlers Mark Hunt and Roy Nelson headline the card in a guaranteed action fight. On the undercard, talented lightweight Myles Jury will attempt to raise his name value beyond a bare whisper against still-dangerous veteran Takanori Gomi, while fan favorite Yoshihiro Akiyama returns to action after more than two years on the sidelines. The rest of the card is packed with exciting young fighters, including Kyoji Horiguchi, Michinori Tanaka and Hyun Gyu Lim, all of them in what amount to showcase bouts for their prodigious skills.

Let us take a look at each fight on the UFC Fight Night “Hunt vs. Nelson” lineup on Saturday at the Saitama Super Arena in Saitama, Japan: 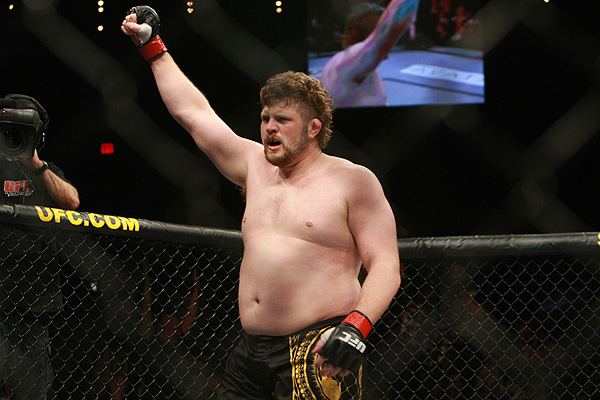 The Matchup: Hunt returns to action on the heels of his epic, five-round battle with Antonio Silva. Standing across the cage from him will be roly-poly fan favorite Nelson, whose bulk conceals both his tremendous quickness and the ridiculous power in his right hand. This should be a slobberknocker between two of the heavyweight division’s most dangerous and entertaining strikers, and the winner will have a claim on the attentions of a top heavyweight in his next outing.

There is nothing terribly complicated about Nelson’s game. He plods at distance until he gets just close enough to explode into his bomb of a right hand with absolutely shocking quickness for a man of his girth. That right hand, which Nelson throws as an uppercut but more often as an overhand, is his Plan A, Plan B and Plan C; if he faces an opponent who employs sound footwork to circle away from his power side, Nelson has little else to offer. With that said, “Big Country” does not get enough credit for the diversity of his setups. He flicks out a sharp jab and often doubles up with it; he has done a better job of bobbing and weaving his way into punching distance in his last couple of fights; he occasionally flashes a level change before popping off with the right; and he every once in a while throws a vicious left hook as a follow-up. Power punching is Nelson’s bread and butter, and for all of the constant talk about his black belt in Brazilian jiu-jitsu, he has shown neither the will nor the ability to impose that game due to deficient offensive wrestling. Nelson is serviceable in the clinch but relies more on his strength and squat frame than any particularly notable skills in that phase. The biggest problems with Nelson’s approach, however, are cardio and work rate. If he fails to land his right hand, his opponent has a good shot at pummeling him -- Nelson is one of the most hittable fighters in all of MMA -- until the final bell sounds.

Hunt was, is and will always be a striker first. While his actual strike selection is fairly straightforward -- jab, cross, hook, uppercut and the occasional low kick -- what sets him apart from other heavyweights is his command of the intangibles that separate good strikers from great ones. Hunt is one of the very best in MMA at controlling the rhythm and changing speeds, the same way a pitcher in baseball will weave together fastballs and off-speed pitches to keep hitters off-balance. To give an example, Hunt likes to flick out a slow jab or half-hearted right hand and then whip a vicious, quick left hook to the head. Hunt also does an excellent job of drawing his opponent’s hands out of defensive position by mixing hooks, straights and body-head combinations. All of his shots pack crushing power, and the combination of his willingness to jab and throw low kicks, his clean, stalking footwork and his ability to move his opponent toward the cage makes his lack of height less of a liability than it would be otherwise. Aside from his striking, Hunt is a perfectly competent defensive wrestler, and he has filled the hole where his submission defense was supposed to be earlier in his career. He has also improved his cardio and volume, and he carries his power late into the fight.

The Pick: If anything, I think the oddsmakers are giving Nelson too much credit here. He is incredibly hittable, his cardio is suspect, even in three-round fights, and he has no alternative if he fails to land his right hand early. Could he put leather on Hunt and knock him out? Yes, especially since Hunt has been caught by overhands in the past. However, Hunt has an incredible ability to absorb punishment, along with generally solid defense. Plus, he packs vicious power of his own, and he has repeatedly shown he can last into the later rounds. Hunt by unanimous decision is the pick.