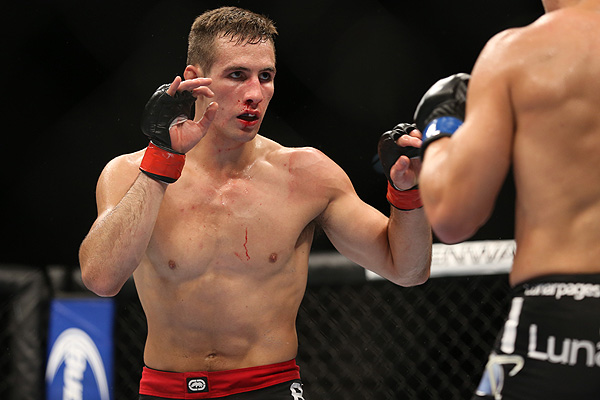 Rory MacDonald has won seven of his past eight bouts. | Photo: Dave Mandel/Sherdog.com 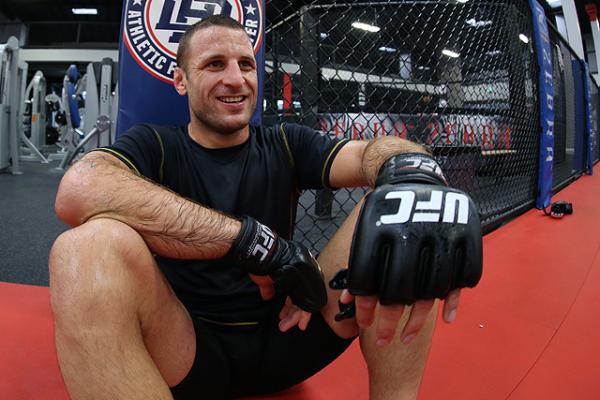 (+ Enlarge) | Photo: D. Mandel/Sherdog.com
Saffiedine is a deft kickboxer.
The Ultimate Fighting Championship returns to Fox Sports 1 with a decent offering on Saturday at the Halifax Metro Centre in beautiful Halifax, Nova Scotia, as it promotes more than a few quality fights.

Canadian star-in-waiting Rory MacDonald takes on Belgian dark horse Tarec Saffiedine in an under-discussed but crackling main event that could potentially determine the next candidate to face the winner of the forthcoming December rematch between welterweight champion Johny Hendricks and Robbie Lawler. On the undercard, Raphael Assuncao will attempt to keep his spot at the head of the bantamweight line, while “The Ultimate Fighter Nations” winners Chad Laprise and Elias Theodorou return to action as the UFC continues its quest to find a new Canadian to carry its banner.

Let us take a look at each UFC Fight Night “MacDonald vs. Saffiedine” matchup:

THE MATCHUP: Potential contenders meet in an exciting five-round scrap here. Injuries have limited Saffiedine to a mere two fights in the last two calendar years and left him as the forgotten man in the UFC’s stacked welterweight division, but his slick kickboxing makes him a tough matchup for anybody at 170 pounds. His opponent will be MacDonald, a consensus top-5 welterweight riding a two-fight winning streak and hoping to secure the next shot at the belt.

MacDonald is the epitome of the modern three-dimensional fighter. A slick if not powerful striker, an outstanding wrestler and a violent bomber from top position, MacDonald can win fights in any phase and do so with style. His game at range revolves around a sharp jab, front kick and a sneaky high kick, all of which he uses to push his opponent toward the fence. Once he has his foe’s back to the cage, MacDonald unloads a steady stream of gorgeous three- to five-punch combinations punctuated by vicious kicks to the body and head. “Ares” could stand to move his head more, as he relies too much on distance and angles to avoid his opponent’s strikes, but aside from Robbie Lawler’s club-like fists, he is difficult to hit cleanly.

MacDonald is a talented infighter and wrestler. He times his reactive shots beautifully as his opponent comes forward, chains together his takedown attempts with skill and can hit gravity-defying suplexes along with more meat-and-potatoes trips and throws from the clinch. A sound defensive wrestling game makes him difficult to take down, though it is possible. Grappling from the top is MacDonald’s best skill set, and his mixture of passes, thunderous ground striking and a rock-solid base makes it one of the most dangerous top games in MMA. The combination of his diverse skills, punishing pace and some of the most strategic coaches in the game makes him one of the division’s elite.

While Saffiedine has flown under the radar recently, he has legitimate high-level skills. One of the most technical kickboxers in the division, Saffiedine can fight from either stance, moves well and takes sharp angles, stringing together tight punching combinations that end with vicious low kicks. The Belgian is sound defensively, taking his head off the centerline when he throws and slipping and rolling with great skill. Although he lacks power, Saffiedine makes up for it with an outstanding work rate and the ability to break down his opponent with a steady diet of hard strikes. Saffiedine’s excellent defensive wrestling and ability to scramble allow him to work his potent striking, and he is an excellent clinch fighter, though he offers little in the way of takedowns or ground skills. That is not to say he cannot do those things; they are simply not his preferred game.

THE PICK: This is an intriguing fight. MacDonald is the favorite, as he should be, but if it becomes a striking match, Saffiedine has a real shot. His movement will make it difficult for MacDonald to push him to the cage, while the Belgian’s attrition-based style and deep experience in five-round fights gives him a path to victory. From a technical perspective, MacDonald tends to leave his head forward and his weight on his lead leg, which would magnify the effectiveness of Saffiedine’s crackling low kicks. With that said, it likely will not be a pure striking battle. MacDonald excels at catching kicks and turning them into takedowns, and previous opponents have had success against Saffiedine doing exactly that. If the Canadian can keep Saffiedine guessing with his wrestling and control rounds from top position, that will make his own striking all the more effective. MacDonald winning by competitive decision is the pick.