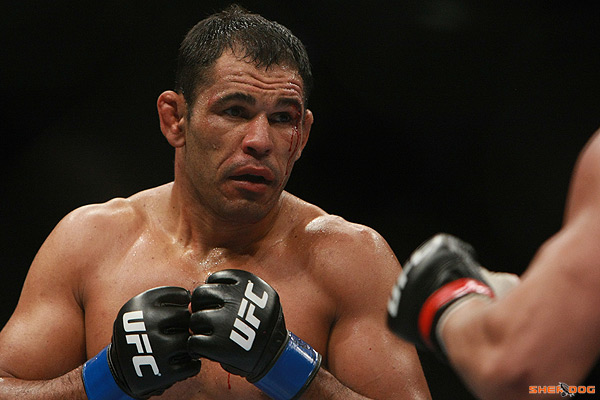 
The Ultimate Fighting Championship continues to expand its reach in Brazil on Saturday, this time taking the Octagon to the Paulo Sarasate Gymnasium in Fortaleza for UFC on Fuel TV 10. Fabricio Werdum and Antonio Rodrigo Nogueira, opposing coaches on the under-the-radar second season of “The Ultimate Fighter: Brazil,” headline the card in a rematch of a bout won by “Minotauro” nearly seven years ago.

While Nogueira continues to alternate wins and losses at what appears to be the tail end of a memorable career, much more is at stake for Werdum. With an impressive win, the Strikeforce veteran could rise to the top of the contender’s list in the heavyweight division. The rest of the bill is not big on star power, but at least one Brazilian occupies every bout, which should keep the home folks loud and enthusiastic for the duration of the event.

Here is a closer look at the UFC on Fuel TV 10 lineup, with analysis and picks:

Photo: D. Mandel/Sherdog.com
Werdum has won five of six.
The Matchup: One of the top contenders in the heavyweight division, Werdum has become something of a forgotten man since his first-round stoppage of Mike Russow at UFC 147. A coaching stint opposite Nogueira on the second season of “The Ultimate Fighter: Brazil” extended Werdum’s time on the sidelines, as nearly a year has passed since “Vai Cavalo” last set foot in the Octagon.

The heavyweight ranks remain thin, however, and the two-time Abu Dhabi Combat Club Submission Wrestling World Championships gold medalist appears to be close to a title shot if he can put together one or two more quality efforts. That path begins with avenging a 2006 Pride Fighting Championships setback to Nogueira.

Nogueira was one of the heroes of UFC 153, stepping in to face Dave Herman on the injury-ravaged card and then defending the honor of jiu-jitsu by submitting the American with an armbar in the second round. Age, injuries and countless battles have taken their toll on “Minotauro,” but the former Pride heavyweight ruler should never be counted out of a fight.

With both men possessing an active guard and a solid submission game, the story here will be Werdum’s developing standup. It has come a long way since his final Strikeforce appearance, where he repeatedly tried to bait Alistair Overeem into a grappling contest. Since then, extensive muay Thai training with Rafael Cordeiro has begun to pay dividends for Werdum. Brutal knees to the face and body from the Thai plum were the difference in his UFC 143 triumph over Roy Nelson, and the Brazilian landed solid combinations on the feet before finishing Russow last June.

Nogueira’s boxing ability makes him a willing participant in standup exchanges, but he lacks the knockout power of an Overeem or Nelson to give Werdum pause. Instead, Nogueira must use his jab and counter effectively to keep Werdum from pushing forward and landing uppercuts and knees in the clinch. Opportunities to counter should be present if Werdum attempts to attack with kicks to the legs and body.

Nogueira is known for his ability to absorb massive amounts of punishment in hopes of finding an opening for a miracle submission, but Werdum is too crafty to get caught. In fact, it is more likely that Nogueira leaves himself vulnerable during a scramble on the mat and succumbs to triangle armbar or kimura from Werdum.

With two knockout losses in his last three defeats, it is clear that Nogueira’s chin is not as reliable as it once was. However, the grizzled veteran has never been one to play it safe. He will attempt to outbox Werdum on the feet and will look to sweep and reverse if he is taken down. It is a feast or famine approach, as only one of Nogueira’s past six Octagon outings has gone the distance.

The Pick: Werdum has become a more diverse threat since he and Nogueira first crossed paths, and his striking, especially in the clinch, will make the difference. Nogueira is a more skilled all-around striker than Nelson or Russow, but he is not nearly as explosive as Overeem. Werdum wins by decision or submission.