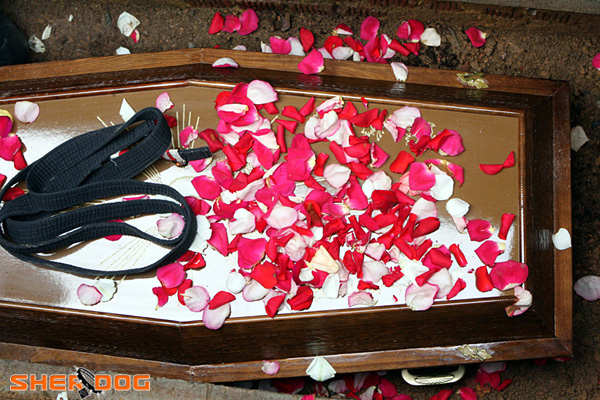 
The history of vale tudo can be traced back to 1914, when “Conde Koma” Mitsuyo Maeda landed on the shores of Porto Alegre, Brazil, for a series of martial arts exhibitions. A well-traveled fighter who had trained judo at the sport’s Mecca, the Kodokan, Maeda settled in Belem and opened his own gym, out of which he began to teach judo and Japanese jiu-jitsu to local youth. A few short years after arriving in Brazil with his grappling exhibitions and challenge matches, Maeda received a new student. In 1917, a 15-year-old Carlos Gracie enrolled at his academy and trained daily with Maeda for almost three years.

Carlos passed on the skills he learned to his brothers -- Oswaldo, Gastao Jr., George and even the young and sickly Helio, once he became strong enough -- and they made their living teaching the masses. The family moved back to Rio de Janeiro in 1922, and just three years later, Carlos opened the first Gracie gym in his backyard at 106 Marques de Abrantes Street in the neighborhood of Flamengo.

The Gracies ran infamous challenges in local newspapers, proclaiming, “If you’d like to have your face smashed, your ass kicked and your arms broken, get in touch with Carlos at the Gracie Academy.” The publicity brought challengers from many disciplines to the Gracies’ school, from capoeira and karate to boxing. The family’s success in the challenge matches turned it into heroes in the local press, and the Gracie name became prestigious throughout all of Brazil.

Improbably, it was the young and once-frail Helio who became the family’s fighting defender. At roughly 5-foot-8 and 150 pounds, Helio amassed 17 official contests -- eight vale tudo fights and nine sports challenge matches -- between the ages of 18 and 41, going 9-2 with six draws in those bouts.

In a landmark martial arts contest on Oct. 23, 1951, the 38-year-old Helio met 210-pound Japanese judoka Masahiko Kimura. After choking out Kimura’s Kodokan training partner, Yukio Kato, in their rematch earlier that year, the diminutive Gracie took on Kimura in front of some 20,000 spectators, including then Brazil President Getulio Vargas, at Maracana Stadium in Rio de Janeiro. Kimura threw Gracie to the mat and dominated position but could not force the smaller man to quit. Thirteen minutes in, Kimura applied “gyaku ude garami,” the judo shoulder lock that would come to bear his name. He could not make Gracie submit, but older brother Carlos, fearing permanent injury for his sibling, threw in the towel. Despite the loss, Brazilian newspapers featured the headline, “A Moral Victory for Helio Gracie,” cementing him as the soldier and poster boy of the family.

Even as he entered his 40s, Helio was not done. Arguably his most famous fight came against a former student, Waldemar Santana, who was at one time responsible for opening and closing the Gracie Academy. On a Friday night, Santana left a sink running, inadvertently flooding the gym and destroying the mats. Helio was furious, berating Santana, firing him and kicking him out of the gym. All it took was some pot stirring from newspaper journalist Carlos Renato, of Ultima Hora, to push Santana to challenge his former master to a fight.

On May 24, 1955, in a downtown Rio gym, Gracie and Santana met in a true vale tudo contest, with no rules whatsoever. Over several grueling hours, the disparity in age and weight took its toll, and Santana took over the fight. As usual, Gracie would not submit, but it mattered not. Santana eventually picked up his mentor, slammed him down and soccer kicked him in the face. The impact knocked Gracie out cold at the three-hour, 45-minute mark.

Still, Gracie was again championed by the Brazilian media for his valor. While Carlos always had a business plan to build the Gracie family and its brand, Helio was the perfect fighter and public figure to bring the Gracie name to the masses. The work of Carlos and Helio shaped a dynasty of warriors, almost all of whom had peculiar names beginning with R, K and C. As the decades went on, Helio became a general with an iron fist, carrying out the vision and philosophy of his older brother.


After Helio’s loss to Santana, it was clear the torch had to be passed. It was an easy transition, as Helio handed over the crown to nephew Carlson, who was more than ready to live up to his surname. Carlson and Santana were actually good friends, but Carlson took family and fighting seriously.

“I like you a lot, but you put me in a bind by fighting uncle Helio,” Carlson said. “Watch yourself, because in the ring, we’ll be bitter enemies and I’m going to kick your ass.”

The media loved the drama, with the biggest papers of the time -- A Noite, Ultima Hora, Diario de Noticias and Jornal dos Sports -- all promoting the rivalry. It came to a head on Oct. 8, 1955, when a crowd of nearly 30,000 packed Maracanazinho, with 5,000 other fans cheering from outside the venue. The contest was scheduled for six 10-minute rounds, but Gracie’s utter dominance led Santana’s corner to throw in the towel at the 39-minute mark. The victory proved that Carlson was the family’s new ace and defender.

Carlos’ eldest son defended Gracie supremacy for 22 years, facing the toughest fighters of his generation over 18 vale tudo contests. He fought Santana a whopping six times, beating him four times and drawing twice. He also beat the likes of Cirandinha, Passarito, “The Portuguese Lion” Armenian Karadagian, King Kong, Guarnir Vial and Valdemar Vial. After retiring from the ring, Carlson rededicated himself to his gym on Figueiredo de Magalhaes Street, turning it into the greatest rival of the flagship Gracie Academy. Thanks to an intra-family rivalry, the other Gracies were forced to train harder and expand their games, forcing the evolution of both jiu-jitsu and MMA. 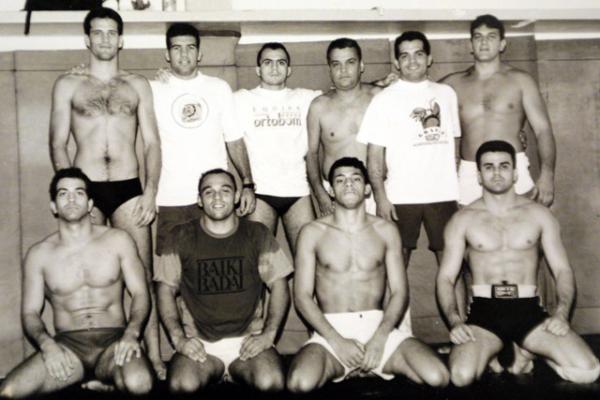 After moving to Chicago, Gracie trained Miguel Torres before his World Extreme Cagefighting signing, but he would never get to see his student capture the WEC title.

Carlson died in February 2006, but his technique and history continue to be passed on by the more than 100 black belts he graduated, along with their own disciples. More importantly, many of Carlson’s aforementioned top pupils went on to become influential trainers. Bustamante and Sperry formed Brazilian Top Team before its dissolution; Silveira became an integral part of American Top Team; and Pederneiras created Nova Uniao, which has become the gold standard of MMA gyms in Brazil. 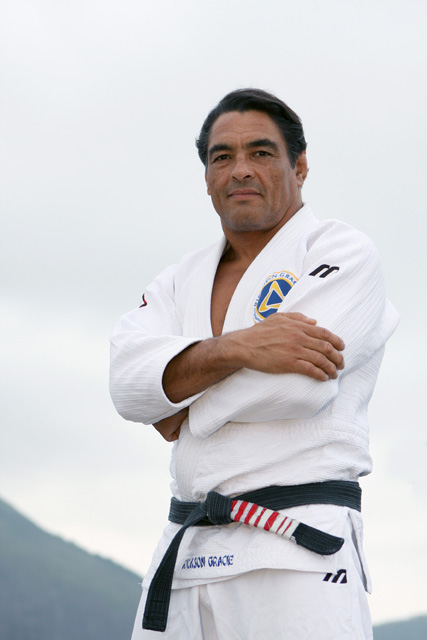 Photo: Marcelo Alonso
Rickson Gracie carried the family torch.
Vale tudo in Brazil experienced a drought during the 1960s and 1970s. In 1959, the weekly television show “Heroes of the Ring” showed a bout between top Helio student and eventual UFC 1 referee Joao Alberto Barreto and Jose Geraldo. During the fight, Barreto broke Geraldo’s arm with a kimura, similar to the nasty Frank Mir-Antonio Rodrigo Nogueira arm break 50 years later. Broadcast all over Brazil on a Monday evening, the event caused public outrage, eventually leading to a ban on vale tudo in Rio de Janeiro. The media support for the sport had always been strong, but now it was clearly marginalized. Vale tudo was relegated to a state of limbo in southeastern Brazil until its resurgence in the 1980s.

The sport’s return to prominence was aided by familiar faces. It was Santana who called his old trainer and rival, Helio, desperately looking for someone for his top student to fight. Santana’s new charge, King Zulu, had cleaned out the northern and northeastern Brazilian scenes. The Gracie patriarch knew his nephew, Rolls, was the best fighter in the family at the time but thought the moment was right to give the chance to his 21-year-old son, Rickson.

Trained by Rolls, Rickson had already stood out in practice and jiu-jitsu competitions. Now, in his vale tudo debut, he faced the powerful Zulu, who had more than 30 career fights and outweighed him by nearly 40 pounds, in a no-rules contest scheduled for three 10-minute rounds.

The fight took place on April 25, 1980, in Brasilia’s Nilson Nelson Gymnasium. The newspapers did not hesitate in naming Zulu as the overwhelming favorite, but it only gave young Rickson a chance to fire off the kind of witty slogans for which he had become known. He told the press, “If size mattered, the elephant would be the king of the jungle.”

Rickson landed an early knee strike that drew blood from Zulu, but he was thrown out of the ring on three occasions. With two minutes left in the second round, Rickson took Zulu’s back, locked up a rear-naked choke and forced the larger, stronger man to tap. Almost four years later, Rickson granted Zulu a rematch in what was meant to be a homecoming party for vale tudo in its birthplace of Rio de Janeiro. On New Year’s Day 1984, a 23-year-old Rickson did not disappoint. With the support of nearly 15,000 fans, he submitted the Maranhao native, again with a rear-naked choke, eight minutes into the second round. Just like that, as if by magic, Rickson’s second triumph marked the rebirth of vale tudo in Rio.


While the 1970s were defined by vale tudo’s hibernation, it did not take long for the sport to re-enter the Brazilian consciousness and headlines in the 1980s. Curiously, the event that shaped the next 20 years of MMA would come out of an argument at Carnival.

Finish Reading » The police arrived to find the Gracie crew fleeing, with several unconscious muay Thai fighters in their wake. The war between jiu-jitsu and muay Thai was officially under way.