Considered one of the most influential figures in martial arts history, Helio Gracie, the father of modern jiu-jitsu died at the age of 95 in 2009. He would be 102 years old if he were alive today. Andre Lazaroni, a state deputy in Rio de Janeiro, paid homage to Gracie by naming his birthday, Oct. 1, as Vale Tudo Day in the city. A ceremony was held at Tiradentes Palace, with many fighters in attendance, including Gracie’s top student, Joao Alberto Barreto.

MMA, UFC and BJJ: Those acronyms would not exist in their current forms if it were not for the perseverance of Helio and his older brother, Carlos Gracie. Thanks to them, the martial art that was brought to Brazil from Japan by Mitsuyo Maeda Koma was preserved and later transformed into what we now know as vale tudo or mixed martial arts.


The Gracie brothers became obsessed with the art they had been taught by Koma and created a life philosophy based on nutrition, health and furthering jiu-jitsu. To achieve this, they adopted strict rules for themselves, and they followed them until their last days. First, they only had sex with their wives for the purpose of procreation -- Carlos had 21 children with six wives and Helio nine with two wives; second, they adhered to a strict diet; and third, they stipulated that their children’s names could only start with the consonants K, R or C, basing this on their belief that a fighter’s strength was in his or her name. They passed these beliefs down like a religion, through four generations and to more than 100 descendants.

However, the ways they went about achieving their goals was difficult. To earn respect for the Gracie name in Brazil, Helio and Carlos, along with their brothers Gastao, George and Oswaldo, spent much of their lives challenging opponents from different martial arts back grounds. They did this in the streets, on the courts and in rings. Helio fought 17 times and compiled a 9-2-6 record. 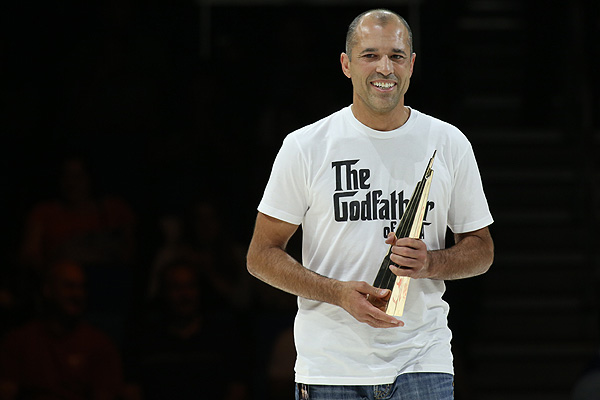 (+ Enlarge) | Photo: Dave Mandel/Sherdog.com
Royce thrived in the early UFC.
The historic fight between Helio and Waldemar Santana started with a disagreement because the latter -- Santana worked washing gis at the Gracie Academy -- accepted a proposal to face Biriba, who was well-known for engaging in fixed fights. Helio did not allow Santana to fight because he did not want the Gracie name associated with such things. However, Santana took the fight because he needed the money and defeated Biriba easily.

When informed, Helio was disgusted and banished Santana from the gym, calling him a “dirty [expletive].” Soon after, the humiliated Santana was encouraged by journalist Carlos Renato to challenge his former master. Though Helio was 42 at the time, he decided to get in the ring on May 24, 1955 in order to teach his onetime student a lesson.

Even though they agreed to a vale tudo fight, both men entered the ring wearing kimonos. Santana was 17 years Helio’s junior and outweighed him by 27 kilograms. The match lasted three hours and 45 minutes. The younger, heavier and stronger Santana spent much of his time working his ground-and-pound, but Helio stayed tough and technical, and he resisted his former student’s efforts to the point of exhaustion. Santana threw him to the ground late in the fight and connected with a soccer kick to the face, knocking him unconscious. Helio had never been knocked out before, and he would never be knocked out again.

Upon Helio’s retirement, nephew Carlson Gracie took his place. Besides avenging his uncle’s defeat to Santana, he remained undefeated for almost 20 years. 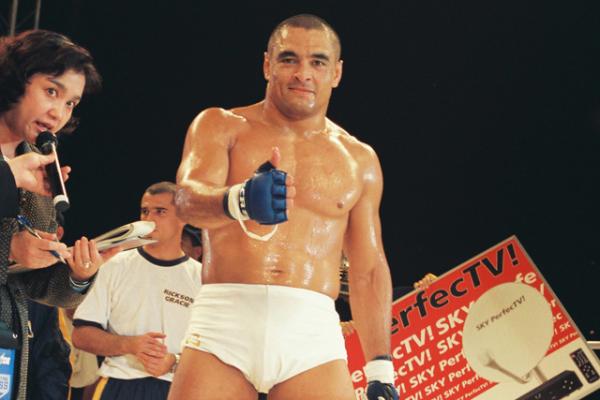 (+ Enlarge) | Photo: Marcelo Alonso/Sherdog.com
Rickson shined in Japan.
Its superiority effectively showcased in Brazil, Gracie Jiu-Jitsu spread its wings when Helio’s son, Rorion Gracie, moved to California in the late 1970s. Rorion split his time between frying hamburgers, cleaning and teaching jiu-jitsu classes out of a friend’s garage. He launched the “Gracies in Action” video line, which showed dozens of challenges won by his relatives. Through it, Rorion attempted to prove Brazilian jiu-jitsu was the most complete martial art in the world. He gained some traction in the media with the help of John Milius, director of “Conan the Barbarian,” and in 1993 created the Ultimate Fighting Championship. There, Rorion’s brother, Royce Gracie, introduced Gracie Jiu-Jitsu to an even wider audience, as he dominated bigger opponents to win tournaments at UFC 1, UFC 2 and UFC 4.

While Royce shined in the Octagon, brother Rickson Gracie did the same in Japan, where he defeated six opponents in two Japan Open tournaments. Their victories shocked the martial arts world. Vale tudo evolved into what is now modern-day mixed martial arts, a sport that employs thousands and provides entertainment for fans all across the globe. Rorion paid tribute to his father inside the Octagon at UFC 1 in 1993. Helio died from pneumonia at the age of 95 on Jan. 29, 2009, leaving a behind a legacy forever synonymous with MMA, the UFC, Brazilian jiu-jitsu and the Gracie family itself.


“I’d rather be beaten with morals than to win cowardly. That’s why I always teach my students there is no shame in losing.”

“My jiu-jitsu is a self-defense art that cannot accept certain rules and time limits. Those are the reasons why I cannot support those [competitions] where they practice anti jiu-jitsu.”

“My life started with Carlos Gracie. He was the one who educated me, led me, taught me about morals and always gave me courage. Even after I became an adult, he was responsible for me, giving me a home and food. What I had, I improved; what I didn’t have, I conquered.”

“Those people who say I’m going ‘gaga’ should put on a gi and come to fight me to see how ‘gaga’ I am.”

“The truth is that boxing, with gloves and everything, kills 10 fighters a year. No one has died yet in vale tudo.”

“Any man who learns jiu-jitsu becomes more tolerant because he knows that he can’t be beaten.”

“I fought against men who were twice my size. Why did I beat them all? Because I had the art of not being beaten. Only I know this art and I won’t teach it to anybody because I don’t want someone to beat my children.”

“I never loved any woman because love is a weakness, and I don’t have weaknesses. Love is sex, and sex is used to procreate.”

“I challenge [Kazushi] Sakuraba to beat me without using any jiu-jitsu technique.”

“With 50 of my classes, the student won’t lose to anybody.”

Finish Reading » Vale tudo is the art I teach. The fight doesn’t have to be bloody, and we’ve proven it’s possible to win with technique. The truth is that boxing, with gloves and everything, kills 10 fighters a year. No one has died yet in vale tudo. A punch with uncovered hands hurts you much less than one with gloves, so being against vale tudo is a big mistake.