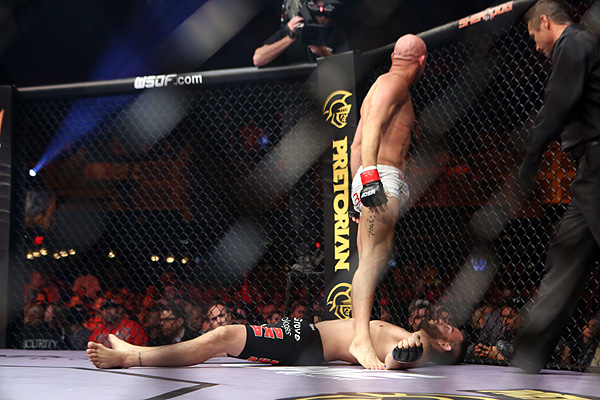 Josh Burkman is 8-1 since being cut loose by the UFC. | Photo: Dave Mandel/Sherdog.com


When the upstart World Series of Fighting organization first began to unveil some of the higher-profile additions to its fledgling roster a little more than a year ago, Josh Burkman was but a blip on the radar. Despite having won five of his last six fights after receiving his Ultimate Fighting Championship release in 2008, little was expected of “The People’s Warrior.” Now, with the WSOF about to launch its sixth event, Burkman is one of the organization’s top stars, a rejuvenated fighter who has resurrected his career with a trio of wins over ex-Octagon talents in another Las Vegas-based promotion’s cage.

Burkman takes on the role of the hunted on Saturday, when he squares off with the relatively unknown Steve Carl in the World Series of Fighting 6 headliner at the Bank United Center in Coral Gables, Fla. A newly created welterweight title will be on the line, and with it, the recognition that comes with being a champion.

WSOF 6 features a blend of prospects and known commodities -- Marlon Moraes, Justin Gaethje, Jon Fitch and Miguel Torres will all be in action. Here is a closer look at the card, with analysis and picks: 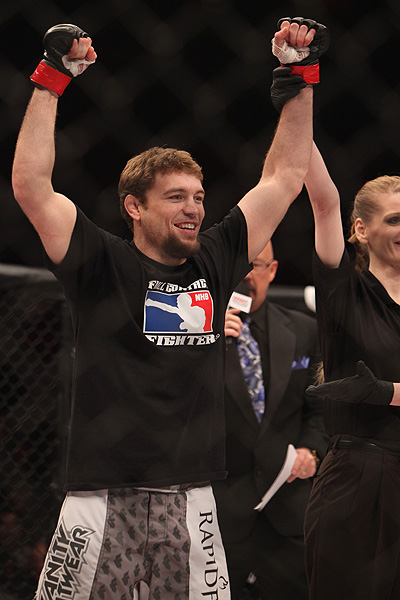 Photo: D. Mandel/Sherdog.com
Carl has 15 submissions.
The Matchup: By dispatching a trio of former UFC talents -- Gerald Harris, Aaron Simpson and Jon Fitch -- in his first three WSOF appearances, Burkman has established himself as one of the promotion’s signature stars. The Salt Lake City native earned top-10 consideration in at WSOF 3 in June, when he shockingly choked out Fitch, who was once regarded as the No. 2 welterweight in the world. Overall, “The People’s Warrior” has won eight of nine fights since his UFC release.

Carl is on a similar roll. After posting a 2-2 mark with Bellator MMA, the Bell Plaine, Iowa, native has won six straight bouts, submitting each of his foes inside of a single round. Carl changed his mental approach after falling to Douglas Lima at Bellator 49. Although he had Lima reeling in the opening frame, he was unable to capitalize and ultimately lost a decision. Carl has since focused on ramping up his aggression, which was apparent in his most recent WSOF outing. The Hard Drive MMA product was in Tyson Steele’s face from the outset of their WSOF 3 co-headliner, moving forward even as his opponent attempted to keep him at bay with a variety of kicks.

Carl swarmed with punches when he closed the distance before pancaking Steele on a takedown attempt, moving to his back and securing the fight-ending rear-naked choke.

While Carl is not as well known as Burkman’s previous three adversaries, he may be more dangerous. In addition to entering the matchup with something to prove, Carl’s ability to pressure Burkman with striking, takedowns and submissions gives him a solid chance to test “The Ultimate Fighter” Season 2 veteran’s cardio in later rounds.

Making it to the championship frames is another matter entirely. Burkman can generate power in his right hand in small spaces, and he is effective at landing counters when pressure-oriented foes move forward. The former college football player is a fluid athlete and probably a more accurate striker than Carl, who tends to get wild when swarming with punches. Burkman can also land knees in the clinch and force Carl to work from his back by landing takedowns of his own.

While Carl is good in scrambles and can sweep and submit from his back, Lima had success grounding him in their Bellator bout.

The Pick: Expect Carl to take the fight to Burkman early in hopes of overwhelming the UFC veteran. Burkman is too experienced to be flustered, however, and he has the submission defense to survive a few precarious moments. Provided his gas tank holds up, Burkman relies on his athleticism and standup to win via TKO in round three.