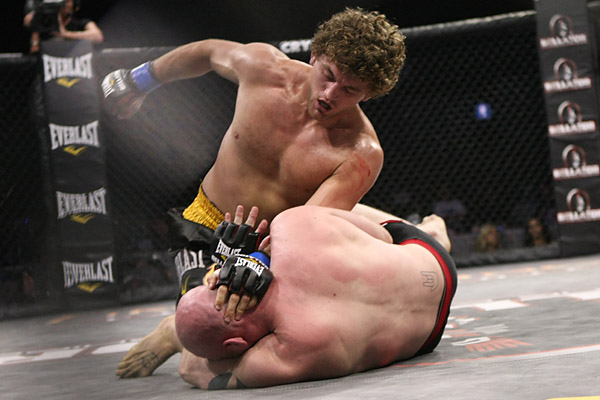 If all goes according to plan for Ben Askren, another piece of mixed martial arts hardware will soon be situated on his mantle.

The undefeated Askren will challenge Japanese knockout artist Nobutatsu Suzuki for his One Fighting Championship welterweight crown in the One FC 19 “Reign of Champions” co-main event on Aug. 29 at the Dubai World Trade Center in Dubai, United Arab Emirates. A victory would serve to strengthen Askren’s case as the top fighter at 170 pounds not currently under contract with the UFC.

A four-time NCAA All-American wrestler and two-time national champion at the University of Missouri, Askren will carry a perfect 13-0 record into the cage. The 30-year-old Hartland, Wis., native made his organizational debut at One FC 16 in May, when he submitted the overmatched Bakhtiyar Abbasov with a first-round arm-triangle choke. A former Bellator champion, Askren splits his training between the Roufusport camp in Milwaukee and Evolve MMA in Singapore. Wins over onetime International Fight League titleholder Jay Hieron and reigning Bellator welterweight boss Douglas Lima anchor his resume.

Suzuki has won eight of his past nine fights. The 36-year-old Bushinjuku representative last competed at One FC 14 in March, when his five-round unanimous decision against UFC and World Extreme Cagefighting veteran Brock Larson brought him One Fighting Championship gold. He has secured 10 of his 11 professional victories by knockout or technical knockout, six of them in the first round. Suzuki suffered his only career defeat under the Vale Tudo Japan banner in December 2012, when he submitted to a rear-naked choke from onetime Sengoku champion Keita Nakamura.

The Askren-Suzuki showdown is but one under-the-radar matchup worth monitoring during the month of August. Here are nine more:

Torres was once widely regarded as the world’s premier bantamweight, but losses in four of his last six outings have him drifting toward irrelevance. Now 33, the Carlson Gracie disciple stopped the bleeding from a three-fight losing streak in February, when he took a unanimous decision from Giovanni Moljo at a United Combat League event in Hammond, Ind. Torres has not recorded consecutive victories since beating Charlie Valencia and Antonio Banuelos in back-to-back appearances more than three years ago. Ashida, who has spent his entire career in the Brave Fight, Deep and Pancrase promotions, finds himself on a three-fight winning streak.

Soto -- who roomed with UFC light heavyweight titleholder Jon Jones in college -- will defend his Tachi Palace Fights bantamweight championship for the first time on the strength of five straight wins. The 27-year-old captured the vacant 135-pound strap at Tachi Palace Fights 18 in February, when he stopped Jeremiah Labiano on a third-round technical knockout. Soto is nearly four years removed from the eye injury that threatened to end his career. Ware, 28, owns a 10-1 record in his last 11 appearances and has fought in the Resurrection Fighting Alliance and King of the Cage promotions.

Corrales enters his third defense of the King of the Cage 145-pound title with plenty of momentum. The undefeated 27-year-old Californian has posted back-to-back finishes against Seth Dikun and Alejandro Garcia, strengthening his place as one of The Golden State’s top young fighters. Corrales captured the KOTC crown in a split decision victory over Bellator alum Jerod Spoon in October. Millennia MMA’s Culley is 5-1 in his past six appearances but has not competed since submitting to a first-round anaconda choke from Poppies Martinez under the Tachi Palace Fights banner in February.

A former college lacrosse player, Rosa has proven a quick study in transitioning to MMA. The 27-year-old trains under UFC veteran Charles McCarthy at an American Top Team affiliate in Boynton Beach, Fla., and has finished all eight of his opponents, seven of them inside one round. Rosa sports five submissions among those eight finishes: two by armbar and one each via anaconda choke, Peruvian necktie and triangle choke. Constant, who operates out of the same camp as “The Ultimate Fighter” Season 19 winner Corey Anderson, replaced the injured Nick Gonzalez on short notice. 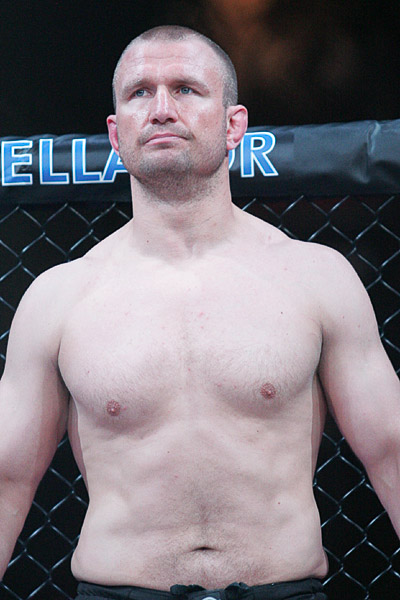 Makashvili will have his hands full when he puts the Cage Fury Fighting Championships featherweight title on the line. The New York-based Georgian kept his perfect professional record intact and took the CFFC championship by force in April, when he put away Scott Heckman with fourth-round punches. Blessed with hearty wrestling, knockout power and the resolve that traditionally accompanies Eastern European fighters, Makashvili has made himself a prospect to watch at 145 pounds. A Brazilian jiu-jitsu brown belt, Bezerra has rattled off 11 wins in 13 outings, reaching two Bellator MMA featherweight tournament semifinals in the process.

Inoue first made waves on the professional circuit a little less than four years ago, when, at 16, she won the 2010 Jewels Rough Stone grand prix with back-to-back submissions against Emi Murata and Asako Saioka. Before she turns 20 on Aug. 19, Inoue will take on Tomimatsu in a rematch for the Deep Jewels lightweight championship. The Japanese teenager submitted Tomimatsu with a first-round armbar in February; however, a strange quirk in the Deep rulebook related to her failure to make weight for the match led to her disqualification. The defeat halted Inoue’s five-fight winning streak and awarded the inaugural Deep Jewels lightweight title to Tomimatsu. Six months later, they meet again with the gold on the line.

Two of Poland’s top MMA exports will duke it out for the M-1 Global heavyweight championship. They were originally booked for a March meeting, but a neck injury suffered by Grabowski resulted in a postponement. An undefeated 28-year-old Brazilian jiu-jitsu black belt, Tybura fought in the interim, stopping Maro Perak on third-round punches at M-1 Challenge 47. Grabowski, 34, has won six straight since suffering the only professional setback of his career: a unanimous decision loss to the since-retired Cole Konrad nearly four years ago. He last competed in November, when he captured the M-1 Global heavyweight crown with an arm-triangle choke submission on Kenny Garner.

Kume and Kwon will battle for the vacant Road Fighting Championship lightweight title. Kume, 29, trains with former Shooto and Sengoku champion Hatsu Hioki, owns 11 of his 16 career wins by submission and has never been finished. Two of the Japanese standout’s three losses have come to Yui Chul Nam, the man who vacated Road FC’s 155-pound throne in order to sign with the Ultimate Fighting Championship. Kwon will enter the winner-take-all scrap on the heels of back-to-back rear-naked choke submission victories over Mostafa Abdollahi and Giovanni Diniz.

Ishii has become a cornerstone for the Inoki Genome Federation organization, having compiled a 7-0 record inside the IGF ring since December 2012. His list or victims includes two-time UFC heavyweight champion Tim Sylvia and four other fighters with Octagon experience: Sean McCorkle, Kerry Schall, Pedro Rizzo and Philip De Fries. Ishii captured gold in judo at the 2008 Summer Olympics. Well past his prime, Filipovic remains a must-see attraction in MMA based on his historical significance alone. The soon-to-be 40-year-old Croatian kickboxer last fought in November, when he submitted to a first-round neck crank from Alexey Oleinik in Moscow.

This story was updated at 4:38 p.m. ET on Aug. 1 to reflect Thiago Silva's removal from the Fight Time 20 card.