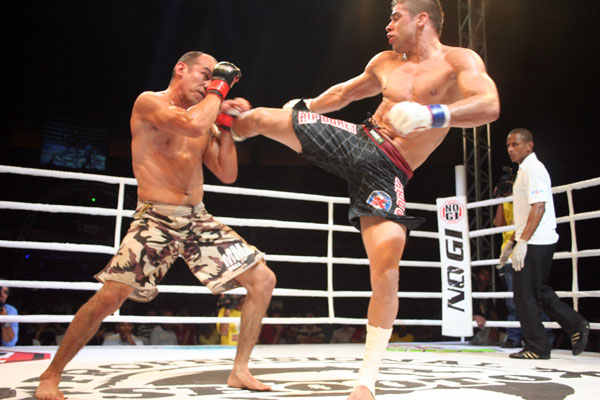 Sherdog.com has compiled a list of 10 undiscovered Brazilian fighters who have yet to break through onto the international stage. Keep an eye on them.

1. Renan Barao
Barao lost the first fight of his career and has not tasted defeat since. Nineteen bouts later, he has emerged as the best featherweight in Brazil. Based out of the same Nova Uniao camp as Aldo, he plans to cut to 135 pounds and recently signed an exclusive contract in the U.S. to compete in Shine Fights. A stout striking base, coupled with a ground game sharpened by one of the top schools in Brazil, makes Barao one of the most complete and dangerous fighters in the country.

2. Patricio “Pitbull” Freire
A native of Rio Grande do Norte, Brazil, a state known for producing great fighters, “Pitbull” trains with Brazilian Top Team Platinum, and his perfect record serves as evidence of his considerable ability. Blessed with knockout power and a well-developed ground game, he burst on the national scene in 2009 and recently signed with Bellator Fighting Championships.

3. Charles Oliveira
One of the most dangerous lightweight fighters in Brazil, Oliveira has built his name through success in tournaments. He has already won two grand prix events in which he had to defeat three opponents in one night. His agility and excellent technical ground skills have made him a star in his homeland. Oliveira produced one of the best fights of 2009 when he defeated Eduardo Pachu by split decision in September.

4. Andre Santos
“Chatuba” has won 15 of his last 16 fights, including three in a row. He has kept a busy pace, with eight fights in 2009. Though his development shows no signs of slowing, Santos’ 12-fight winning streak was snapped in August in a technical knockout loss to Alexandre Pereira. Training with Team Nogueira and alternating between matches at welterweight and middleweight, Santos’ anaconda choke has become his weapon of choice.

5. Luis Dutra Jr.
A Luta Livre representative, “Besouro” recovered from several injuries and won all three of his fights in 2009. Now completely devoted to the sport, many expect him to blossom into one of the country’s most feared middleweights. Dutra suffered one of his two career defeats to world-ranked UFC welterweight contender Paulo Thiago. 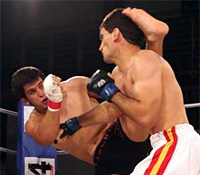 6. Cassiano Tytschyo
Still only 21, Tytschyo already has 25 professional fights on his resume. The 5-foot-8 middleweight has become a mainstay in major Brazilian events and has proven capable of exchanging on the feet and competing at a high level on the ground. Cornered by his father, Tytschyo has posted eight wins in nine appearances and will ride a four-fight winning streak into his next match.


7. Alexandre Pantoja
This gifted flyweight won all five of his 2009 fights, as he rebounded from a split decision defeat to William Vianna. A versatile fighter, Pantoja has impressed with strong muay Thai and an excellent ground game. He always seeks the knockout, standing and on the mat. Should he maintain his current momentum, Pantoja seems like a serious candidate to contend for championships in 2010.

8. Bruno Santos
Excellent wrestling and efficient ground-and-pound make this middleweight a future star. His conditioning has also become a weapon, as the 22-year-old has gone the distance in four of his six fights. The unbeaten Bahia-based Santos dominated M-1 Challenge veteran Danilo Pereira at a Win Fight & Entertainment event in August.

9. Eduardo Pachu
Once considered a one-dimensional muay Thai practitioner, Pachu has evolved rapidly with his wrestling and jiu-jitsu. His decision to train with Roberto “Gordo” Correa, one of the top black belts graduated by the Gracie Barra team, seems to have paid huge dividends. Pachu, a featherweight, wields the kind of knockout power and speed that can leave any opponent stunned.

10. Pedro Irie
Anchored by the same team as Francisco Filho, a K-1 veteran and perhaps the greatest Kyokushin Karate fighter in Brazil’s history, Irie won his first six fights as a professional. A potent stand-up competitor who has quickly developed his ground game, he succumbed to second-round punches against Pride Fighting Championships and KSW veteran Daniel Acacio in September. Still, Irie has proven himself as a feared middleweight striker.