Call it March Madness for MMA.

Rarely has there been such a glut of quality matchups outside of the major promotions, a clear sign that competition around the globe continues to improve. Hot prospects and wily veterans are struggling for their respective cracks at the big time, and promoters from the United Arab Emirates and Russia to Canada and Sweden are becoming more and more competent at putting together entertaining bouts.

Below follows a rundown of 10 hidden gems for March.

Bellator Fighting Championships Season 2 middleweight tournament winner Shlemenko returns to what has all but served as his home promotion in Europe -- Finland’s Fight Festival. A kickboxer, he hails from Omsk, Russia, the same city in which UFC lightweight Dennis Siver was born. Shlemenko battled his way through the Bellator tournament in 2010, knocking off favored Americans Jared Hess and Bryan Baker. He will face another American -- “The Ultimate Fighter” Season 11 semifinalist Josh Bryant -- at Fight Festival 30. The Oklahoman bounced back from his first career loss to Kyle Noke by winning the Freestyle Cage Fighting title in December.

It has been two years since Eklund, Europe’s former number one lightweight, last saw action. It has been almost as long for Hytten, who was one of the aces for the now defunct European Vale Tudo promotion. The two fought to a two-round draw under the Shooto Finland banner in 2003. VFC is quickly establishing itself as the No. 3 promotion in Sweeden behind Superior Challenge and The Zone.

Will Gugenishvili ever follow in the giant footsteps of the once overpowering Fedor Emelianenko? His promoter at least hopes the undefeated Georgian goliath will become the heir to the throne of “The Last Emperor” at some point. The last designated crown prince, Kirill Sidelnikov, cracked under the enormous pressure of such expectations and wobbled into obscurity. The fact that Gugenishvili’s native country has produced decent heavyweights in Zaza Tkeshelashvili and Tengiz Tedoradze should help him find the courage to tackle this seemingly impossible task. He kicks off his 2011 campaign against boxer Maxim Grishin for the inaugural M-1 heavyweight strap.

Unparalleled injury misfortune has kept Materla out of the squared circle for much of the last three and a half years, a brief one-fight comeback two years ago notwithstanding. Six years ago, a 21-year-old “Cipao” was considered the spearhead of a young Polish generation that was not just tough but very technical. The then-undefeated Szczecin native fought a war with the feared Evangelista “Cyborg” Santos and won the KSW 6 tournament. One of the victims on Materla’s path to that title was reigning KSW middleweight champion Kulak, who opposes him in this comeback.

Judo is the name of the game in this marquee Bellator Season 4 welterweight tournament quarterfinal. Wallhead, a three-time British junior judo champion, has emerged as one Europe’s premier welterweights. His opponent, Hawn, has competed at a much higher level -- the Olympics -- in judo but only has a fraction of Wallhead’s in-ring experience. The Brit has long been hailed as a sleeper who could become a huge success when given the opportunity for which he has patiently waited. 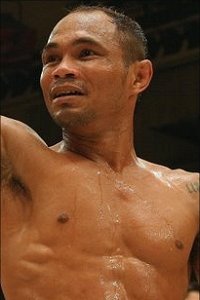 If Jussier "Formiga" da Silva and Co. have to struggle for the acceptance of the 125-pound weight class, what is Somdet, arguably the strongest 115-pound fighter in the world, to do? “M-16” will take on No. 1 contender Ito for the Shooto flyweight strap. Fans are in for a standup treat, as Somdet comes from a muay Thai background and Ito touts two professional boxing bouts under his belt. It also serves as a battle between generations, as the 36-year-old champion takes on a challenger 12 years his junior.

Both men possess the quality to compete on the highest stage. Horwich became the first fighter to submit former UFC title contender Thales Leites in 2010, though that triumph was sandwiched between unfortunate and controversial decision defeats.

He also knocked out three-time NCAA Div. I wrestling champion Jake Rosholt. Many felt Villefort’s release from the UFC following an injury stoppage was premature. The American Top Team black belt has won three straight since, most recently against former King of the Cage champion Joey Villasenor.

Originally scheduled for Jan. 30, the second rounds of United Glory’s kickboxing and MMA tournaments were postponed to March when key fighter GÃ¶khan Saki was unavailable due to injury. That was a blessing in disguise for Alessio who also would have missed the January date with an injury. Now, his meeting with Shooto champion Bahadurzada appears good to go. It will mark the second fight at welterweight for Bahadurzada, MMA’s top Afghan fighter.

Before he reports for April duty under the Road FC banner in Korea, the native country of his father, former Pride Fighting Championships welterweight grand prix finalist Kang has some unfinished business in his homeland. There, he takes on “The Ultimate Fighter” Season 7 outlaw Taylor. Kang has lacked consistency of late, alternating between world-class and sub-par performances, sometimes even within the same fight. Taylor, on the other hand, enjoyed a strong 2010, winning four of his five fights. Kang’s widely underused submission game could be the X-factor in this equally matched showdown.

Stakes are high in the final of the $270,000 Abu Dhabi FC tournament, and the matchup looks like a great one. In one corner stands Oliveira, the local hero, the judo and Brazilian jiu-jitsu black belt and national wrestling champion of Brazil. In the other stands Abdurahimov, a powerful and unorthodox striker out of Makhachkala in Dagestan. Some view him as the top heavyweight in Europe. Who will walk away with the big check and a possible ticket to the big leagues?