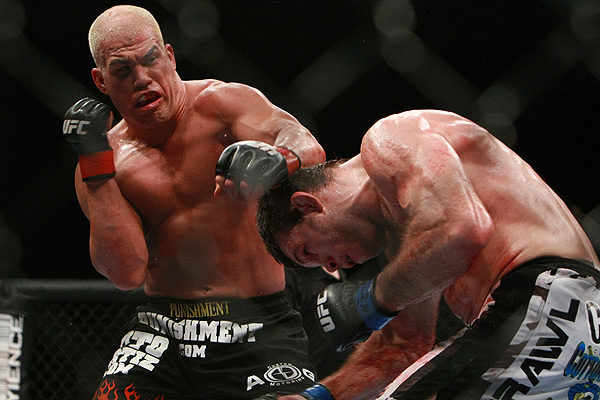 Tito Ortiz was at one time the UFC’s star attraction. | Photo: D. Mandel/Sherdog.com

When Zuffa purchased the Ultimate Fighting Championship and began to build the sport into what it is today, Ortiz was the poster boy. A controversial and colorful figure, he knew how to draw interest in his fights. He was the UFC’s top attraction and its best fighter. His rivalries with Ken Shamrock and Chuck Liddell remain two of the most important in the history of the sport. Over time, Ortiz was passed as a fighter by many others, but he remained a major star. Many tend to diminish Ortiz’s ability because of his personality, but he was a scary ground-and-pound force in his prime, intimidating opponents and presenting problems for even the very best.