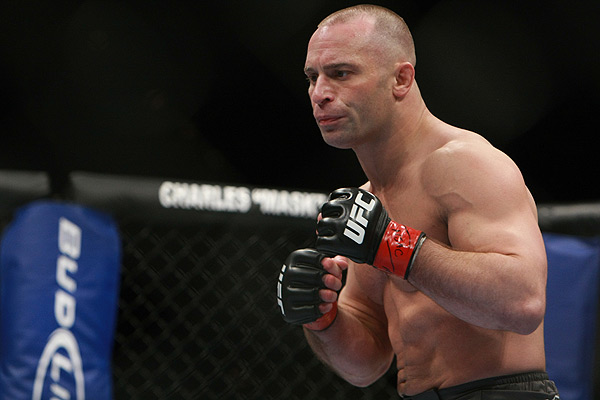 Serra became an unlikely No. 1 contender by emerging from Season 4 of “The Ultimate Fighter,” as the reality show briefly switched gears and featured an entire cast of Ultimate Fighting Championship veterans hoping to make a comeback. After a 4-4 run in his first stint with the promotion, Serra bested Chris Lytle at the “The Ultimate Fighter 4” Finale to earn his shot at St. Pierre, the 170-pound ruler.

A Brazilian jiu-jitsu black belt, Serra eschewed the ground game and elected to stand and trade with the champion. “The Terror” looked right at home, throwing power punches, while St. Pierre responded with one shot at a time. A right hook from Serra stunned the Canadian, and the challenger would not relent, as he dropped his stunned foe with another right hand and sealed the shocking win with a barrage of strikes from mount 3:25 into the opening frame.

“Joe, I’m really hungry, man,” Serra said to UFC color commentator Joe Rogan in the Octagon. “I was wondering if you and [UFC President] Dana [White] had some humble pie in the back?”

It was the closest thing to an MMA version of Buster Douglas-Mike Tyson in the sport’s brief history. In the aftermath, St. Pierre was left grasping for answers.

Serra would relinquish the welterweight strap to St. Pierre in his first defense approximately one year later at UFC 83. Meanwhile, “Rush” made serious changes to his approach -- notably adding trainer Greg Jackson to his corner -- and has not lost a fight since.