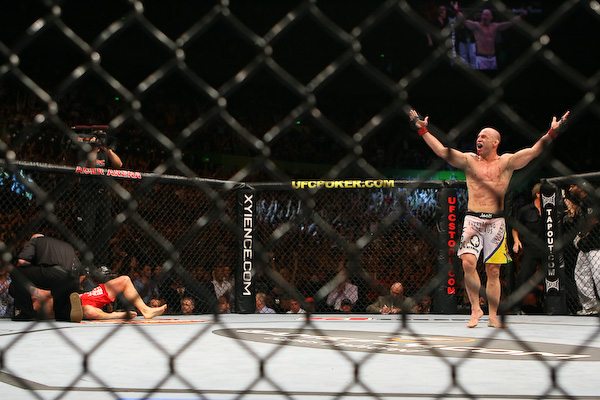 Perhaps no man in MMA history has been as universally feared as Wanderlei Silva. | Photo: D. Herbertson/Sherdog.com

Silva at his peak may have been the most feared fighter in the history of the sport. “The Axe Murderer” nickname was no marketing slogan. Silva would stare down his opponent intently while rolling his hands during pre-fight introductions. Then when the fight started, he would move straight forward and begin throwing power strikes with bad intentions. Brutality would quickly ensue. It was the sort of fighting for which Sherdog’s “All-Violence Team” was created. Silva unquestionably feasted on more than his fair share of “cans,” but when it came time to fight the best, he was the same fighter. His feud with Quinton Jackson was one of the most heated and exciting the sport has ever seen, and their second fight under the Pride Fighting Championships banner was an all-time classic. It was Silva at his violent best.
« Previous: Imagining an MMA Hall of Fame: The Inaugural Class Next: Imagining an MMA Hall of Fame: Best of the Rest »