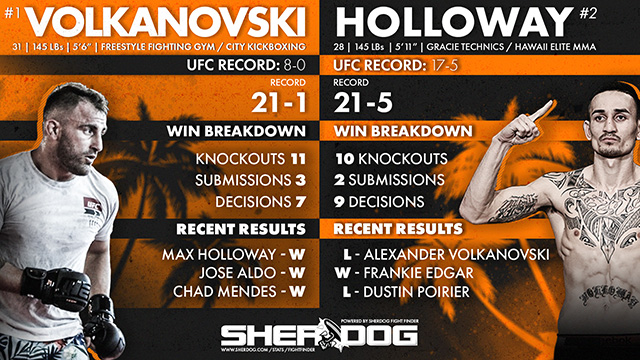 Volkanovski might have experienced the most under-the-radar breakout campaign of 2019, relative to expectations. He has consistently overachieved, and it was even easy to write him off early in his UFC career. While he came into the promotion with some hype, wrestlers from the Australian scene have consistently found themselves unable to translate their success into the Octagon. However, within a few fights, it became apparent that Volkanovski was the exception that proves the rule, and after kicking off 2018 with a dominant win over fellow prospect Jeremy Kennedy, he was off to the races. Volkanovski met a perennially tough out in Darren Elkins head-on and came out the clear victor, and after capping the year with a win over Chad Mendes, Volkanovski found himself as a clear featherweight contender. His 2019 was still shockingly successful, both for who Volkanovski beat and how he did it. Matched against Jose Aldo, Volkanovski fought completely against type, staying at range and adopting a feint-heavy approach that basically forced the former champion into paralysis by analysis. Volkanovski only built on that tactic against Holloway. Despite being a fireplug of a fighter, the Aussie was the much more effective fighter from range, chopping down Holloway with leg kicks and forcing the Hawaiian into a more limited and predictable game. That also turned into a clear Volkanovski win, and despite taking down the two best fighters in the history of his division, “Alexander The Great” does not seem to be getting much attention. That makes sense to a certain extent, as there is no real flash to anything Volkanovski brings to the dance, and his workmanlike versatility is exactly the type of thing that would tantalize the hardcores without getting much notice otherwise. There are plenty of options for Volkanovski moving forward, but for now, this is another opportunity to put a stamp on things against Holloway in an immediate rematch.

In the years leading up to his eventual title reign, it seemed inevitable that Holloway would be the future of the featherweight division. He came into the UFC at just 20 years old and had a rough start to his UFC career, though clear losses to Dustin Poirier and Conor McGregor certainly aged quite well. A 2014 win over Will Chope kicked off a 13-fight winning streak that saw Holloway ascend from raw prospect to the best 145-pound fighter around. Even by Holloway’s 2015 win over Cub Swanson, his combination boxing game was clicking to the level of a true title contender, but it would be over two years until “Blessed Max” got an actual shot at the belt. In the meantime, Holloway put together a combination of wars and dominant wins over the likes of stalwarts like Jeremy Stephens, Ricardo Lamas and Anthony Pettis. Once the featherweight title picture finally cleared up, Holloway was finally able to get his shot at Aldo for the belt—an opportunity he cashed in on in huge fashion. If Volkanovski overwhelmed the computer in Aldo’s mind with a DDoS attack of feints, Holloway just decided to take it out with a baseball bat, upping the pace with his striking to a point where Aldo could not keep up and was finished shortly thereafter. In the moment, it looked like this was the beginning of Holloway, still just 26 at the time, ruling over the division in dominant fashion, but seemingly nothing has gone to plan since. Injuries forced Holloway’s first title defense to come against Aldo in what was essentially a repeat of their first fight, and Holloway’s 2018 slate was more notable for what did not happen than anything else. Injuries scrapped a scheduled title defense against Frankie Edgar, and weight-cutting issues nixed fights with Khabib Nurmagomedov and Brian Ortega, along with planting some seeds of doubt about Holloway’s future. However, Holloway ended the year with a shellacking of Ortega, so everything looked rosy heading into 2019, which turned out to be the Hawaiian’s roughest year inside of the cage in a while. A move to lightweight for an interim title fight against Poirier came out of nowhere, and while it was an amazing fight, Holloway was clearly outgunned on route to a decision loss. Holloway did not even end the year as featherweight champion; he finally got that title defense on the books and won it cleanly, but any momentum was quickly lost with his defeat to Volkanovski. Holloway now suddenly finds himself in dire need of a win if he wants to keep his championship window open at featherweight—something that would have been unthinkable just a year and a half ago.

It is hard to have much issue with this rematch. These two men are virtuosos of the cage, and it will be fascinating to see what adjustments each fighter brings to the table. However, given that this is an immediate rematch of a dominant win that did not leave many questions, it seems doubtful that much goes different from the first fight. The most obvious change that Holloway needs to make is finding a way around Volkanovski’s leg kicks, but the danger is that attempting to neutralize that part of the new champion’s game has the same net effect of forcing the Hawaiian to be a more limited and, as a result, more predictable fighter. If Holloway decides to open up his kicking game, it leaves him more open for Volkanovski’s wrestling, and even if the champion cannot get things to the mat, he should still be able to control the fight and win rounds. That is all without considering that Volkanovski seems to have the better training situation at the moment, as Holloway reportedly had only been training with his coaches virtually until fight week. Again, this is still a fascinating fight that should be a pleasure to watch, but the pick is for Volkanovski to take another decision.