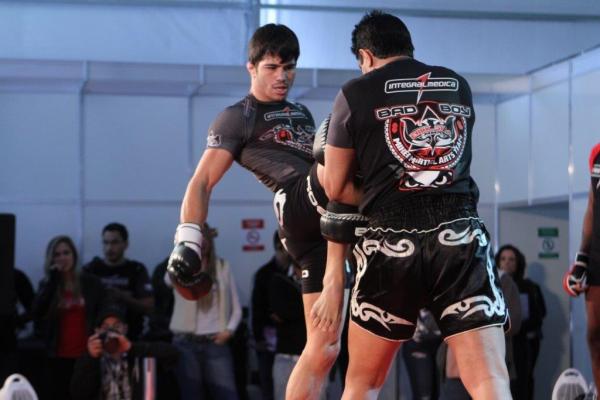 THE MATCHUP: Veteran Koscheck steps up on short notice, only three weeks after a submission loss to Jake Ellenberger, against Brazilian heartthrob Silva. Koscheck has now dropped four in a row, three of them inside the distance, and this looks to be his last run. Silva has alternated wins and losses of late, as he knocked out Takenori Sato a little more than a year ago, got beaten up badly by Matt Brown in May and submitted Mike Rhodes in December.

Silva is effectively a one-round fighter, a monster in the early going who offers progressively less as the fight goes on. Everything he does relies on his exceptional athleticism, explosiveness and power, and he is exceptionally inefficient with his movement and technique, all of which combines to rapidly drain his gas tank. At range, Silva prefers hard kicks to the body, spinning kicks and backfists and a brutal overhand right, but he throws little volume and is not exactly crafty with his strike selection. An excellent defensive wrestler when fresh, Silva also has a nice variety of takedowns, including trips and throws from the clinch and a slick single-leg. The best facet of the Brazilian’s game is his venomous submission grappling. He is essentially an anti-wrestler, with a gorgeous series of transitions to chokes and to the back from the front headlock; he could stand to use them more.

There is little mystery about Koscheck’s game at this point in his career. The aging process has stripped down his repertoire to an overhand right, an eye-poke with his left hand, the occasional right kick, a potent blast double and top control. That is essentially it, but he is still a plus athlete with big power if he can land. The problem is a distinct lack of offensive output in every phase, along with an increasing inability to absorb damage and to escape from bad positions. He appears to be at the end of the road, and all aspects of his approach show the very real decline.

THE PICK: Koscheck has looked shot for two years now, and there is no reason to think he will look better on a quick turnaround. Silva is not a world-beater, but he is built to sprawl and counter-grapple against fighters like Koscheck. This seems relatively straightforward: Either Silva puts the American to sleep with a big punch or Koscheck shoots, gets stuffed and Silva scrambles to a dominant position and submits him. The latter seems more likely, so the pick is Silva by rear-naked choke submission in the first round.