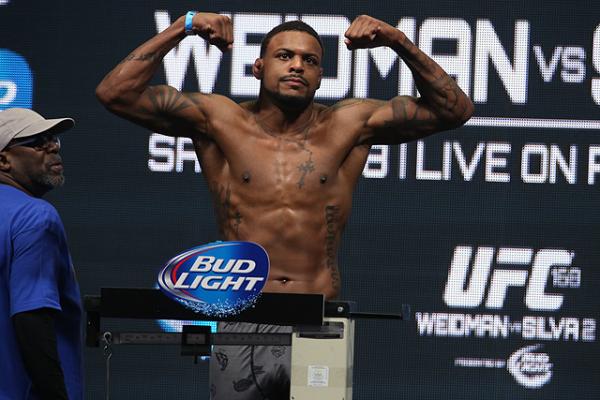 Michael Johnson has blossomed with the Blackzilians. | Photo: D. Mandel/Sherdog.com 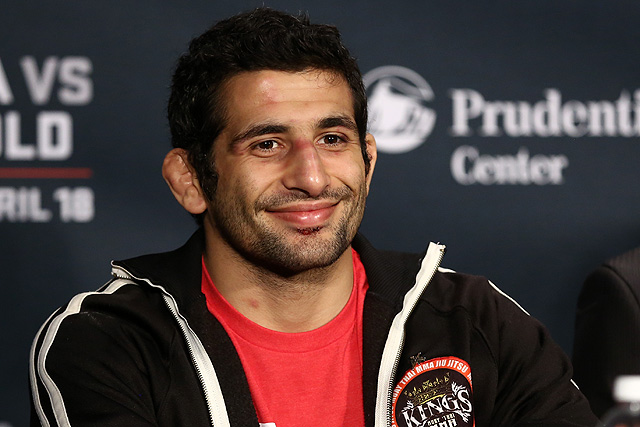 THE MATCHUP: Rising lightweights Johnson and Dariush meet in a potential barnburner. Johnson was the runner-up on the 12th season of “The Ultimate Fighter” and took a while to find his footing in the promotion. He is now riding a four-fight winning streak, with his most recent victory coming over Edson Barboza in October. Dariush exploded onto the scene with four wins in the last year. The prized student of Rafael Cordeiro at Kings MMA, he took out Jim Miller in April, only a month after submitting Daron Cruickshank.

Johnson has taken to the Dutch-style kickboxing instruction of Henri Hooft like a fish to water. The southpaw has always had the physical tools, with great speed, athleticism and power, but he has now married those gifts to real technical acumen. He can stick and move at range, counter in the pocket and walk down his opponents with equal skill. Quick hands, an excellent base and clean footwork allow him to string together long combinations and to keep his feet moving under him as he throws. His left kick is devastating, and he throws it early and often. The rest of Johnson’s game is competent but relatively limited. His defensive wrestling has drastically improved -- he has not conceded a takedown in his last four fights -- but he has also abandoned his offensive wrestling game. On the mat, Johnson appears to be capable on top but lacks any sort of bottom game aside from the ability to get back to his feet.

Dariush has grown from a pure grappler into a well-rounded and dangerous fighter. A southpaw, he flashes a jab and tosses hard straight lefts behind it as he aggressively stalks his opponent. The core of his game at range is a crushing left kick that he mixes up to the legs and the body, and he is willing to eat counters to land it. Despite his lack of a pedigree, he is a competent wrestler with nice chains of singles and doubles along with strong defense, and he is an excellent clinch fighter with a knack for slipping in punches and knees on breaks. As good as he is elsewhere, the core of Dariush’s game remains his smooth, technical and world-class grappling. He is suffocating from top position, with a deep arsenal of passes and an unshakeable base. He does an outstanding job of using elbows and punches to open up positional advancements and to get his opponents to expose themselves to submissions, particularly the arm-triangle choke.

THE PICK: Dariush has made huge strides in a brief period of time, but I think his winning streak comes to an end here. He can win this fight if he gets it to the ground -- he is a venomous grappler and Johnson cannot hope to survive for long on the bottom -- but the problem is getting it there. Johnson is bigger, faster and has excellent footwork, and his takedown defense has been outstanding in his last few fights. It would not be surprising if Dariush hung tough on the feet, worked a takedown and managed to snag the submission, but the more likely scenario involves Johnson sticking, moving and generally piecing up the Kings MMA product. The pick is Johnson by decision.