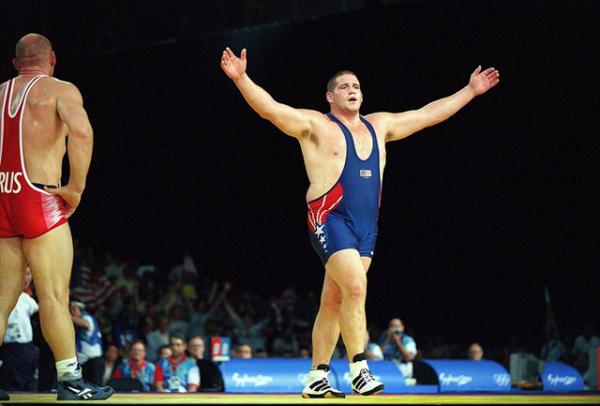 Rulon Gardner walked away from MMA after one fight. | Photo: DPPI/SIPA/Icon SMI


They say there is no better foundation for mixed martial arts success than a wrestling background. With that in mind, it is easy to understand why the notion of Gardner becoming an MMA convert was once such a tantalizing prospect. Gardner captured the gold medal in Greco-Roman wrestling at the 2000 Olympic Games. Making the triumph even more impressive was the fact that Gardner had to get through Russian legend Aleksandr Karelin, a three-time gold medalist who was undefeated in 13 years of international competition, to get there.

Gardner’s dalliance with MMA was brief: he defeated judo specialist Hidehiko Yoshida via unanimous decision at Pride “Shockwave 2004” in what would be his first and last appearance in the sport. As it turned out, MMA just was not Gardner’s cup of tea.

“For me, it was a different transition,” Gardner told Ariel Helwani during an interview on The MMA Hour. “I’ve never really gotten into striking and hitting and hurting. I remember being in that fight and looking across [at Hidehiko] Yoshida -- he’s a very skilled, talented striker and ultimately his submissions and his ability to be able to throw is second to none -- but as I was hitting him, I’m like, ‘This isn’t fun. This isn’t why I became an athlete.’

While Gardner did not have a natural proclivity for MMA, that did not stop Pride Fighting Championships officials from dangling a lucrative carrot in front of the Olympian. Gardner said he was offered in the neighborhood of $1 million to step in the ring with promotional heavyweight ruler Fedor Emelianenko, but even that obscene dollar amount could not get the Wyoming native to change his mind.

“They loved the idea of me going against Fedor. You have sambo, you have wrestling, you have two of the classic styles of wrestling,” Gardner told Helwani. “They wanted us to go at it. I just said, ‘You know, I have better aspirations right now I want to get into.’”