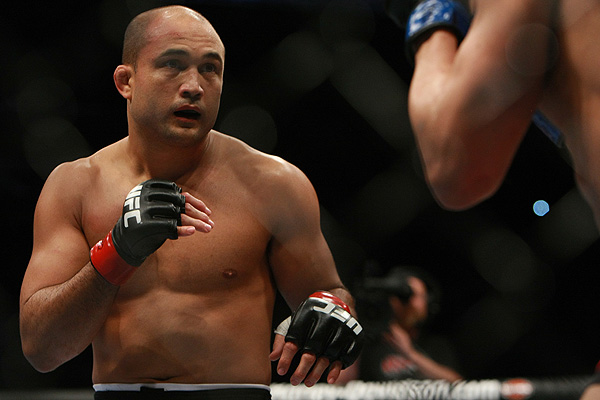 
JORDAN BREEN: I’ve come to appreciate B.J. Penn so much more with time. Obviously, his talent has always been undeniable -- he’s “The Prodigy,” after all.

I used to wonder why it was that Penn had the most vociferous, rabid fanbase, even surpassing the idolatry of prime Fedor Emelianenko and Mirko Filipovic. Penn epitomizes the brilliant and insane nature of MMA better than probably any prizefighter I can think of. He’s one of the most influential and outstanding grapplers in MMA history, but his personal mantra was “just scrap.” Literally from the moment he debuted in the UFC with nothing but a Brazilian jiu-jitsu black belt and disposition for ass-kicking, every Penn fight was a spectacle.

Of Penn’s 28 career fights, 17 came against former UFC, Pride Fighting Championships, Strikeforce or Shooto champs. Every fight had some sort of story beyond the ring or cage: a rivalry, injury brouhaha, greasing controversy, “Oh, B.J. ran away with the UFC title to fight in K-1” or a new weight class, perhaps one even 40 pounds above his optimum fighting weight. He’s one of the most underrated pay-per-view draws the UFC has ever had, because regardless of whether you loved or hated him, he fascinated. A perpetually balding Hawaiian that looks like a Cabbage Patch Doll, licking blood and pimping his website, effortlessly boxing and trapping arms from back control, daring to be great by pursuing the wildest challenges he could find. He was MMA’s original big game hunter. Among the most quotable fighter’s in MMA history, Penn’s best-loved quip is probably, “I only want to be known as the best ever. Is that too much to ask?” He didn’t end up the best ever, but not many have dared to ask the question and press the issue like Baby Jay.

JACK ENCARNACAO: I’ll always remember B.J. Penn’s incessant, purposeful taunting of Sean Sherk on a UFC conference call prior to their lightweight title fight at UFC 84. It was Sherk’s first fight since being stripped of the belt for a failed steroid test, and Penn peppered him with accusatory questions about it. In his eager Hawaiian cadence, Penn rattled them off like Sherk was on the witness stand: Sean Sherk, did you take any steroids for this fight? What about growth hormones? You take growth hormones for this fight? What about blood doping? Sherk ignored the questions.

Penn struck me as one of the first UFC fighters to express a strident, detailed, unwavering opinion against performance-enhancing drugs. It got a little sensationalist at times, but that’s better than simply keeping one’s mouth shut about such an important topic. It seemed like the UFC tried to dance around where Sherk had been all this time in promoting the fight. Penn launched an attack on the elephant in the room.

It made sense that this would come from Penn, a fighter who -- almost to a fault -- relied on his natural ability. He had credibility on the issue. His gripe wasn’t with guys who were too big for his weight class muscling him around; Penn jumped up to 170 pounds way more than he should have and famously gave up 30 pounds to fight Lyoto Machida at heavyweight. This was a guy flying the flag for a pure sport and not with a hint of sanctimony. Penn fearlessly fought much larger men his whole career; he wasn’t buying that PED use was necessary to compete.

Most have reflected on Penn’s loss to Frankie Edgar on July 6 with a heavy heart. They saw it as a mercy kill for a fighter who unflinchingly attempted to climb the tallest mountains, a dark but necessary final chapter. However, I found myself thinking about a small win Penn had in the final days of his career. I thought about the UFC conference call the week before the fight, when reporters asked Penn about Chael Sonnen failing drug tests for growth hormone and EPO. These were the two substances about which Penn cross-examined Sherk six years ago, knowing the testing of the time wouldn’t detect them.

“That put a smile on my face,” Penn said. 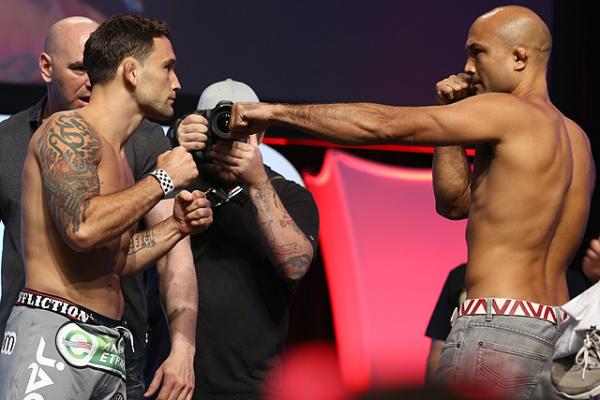 Frankie Edgar still remains the only man who defeated the talented Hawaiian at 155 pounds without Penn ever getting revenge. My knee-jerk reaction is to question what history would look like if “The Prodigy” remained at lightweight, committed to a top camp and spent less time on a beach drinking pina coladas and more time on a treadmill. I want to feel robbed, but every now and then, logic takes over.

Penn existed on borrowed time to begin with. So many fighter stories start with, “I was wrestling and needed a way to make money” or “I grew up in a Brazilian favela and had to feed my mother and 12 siblings.” Penn grew up wealthy, never needing to put his body and mind through the rigors of prizefighting. Because he did, fans reaped the benefits.

It’s hard to come down on someone when every accomplishment is extra credit. Lord knows if I had Baby Jay’s life, I’d be on that white sandy beach with a pina colada permanently fused to my palm.

MIKE FRIDLEY: The expectations were there from the very beginning. Well before the Hawaiian made his mixed martial arts debut, MMA chat rooms and forums of the era were abuzz with talk regarding an unstoppable force in the Pacific islands.

“This kid is going to be unbeatable,” one poster said. The hype continued for years, and judging by the anticipation heading into his final bout with Frankie Edgar, it never ceased.

Unbeatable he was not, but Penn’s legacy as a two-division champion will never be forgotten. As well-rounded as they come, “The Prodigy’s” influence on the sport cannot be ignored or minimized. He was the first name to come to mind when thinking of talent that could stop a fight from virtually any position, whether it was standing or on the floor.

Yes, Penn arrived nearly a decade before Jon Jones. He was on top before Anderson Silva peaked as an Octagon assassin. His talent and accomplishments will always hold a unique place in the history of the sport’s progression and march towards mainstream acceptance.