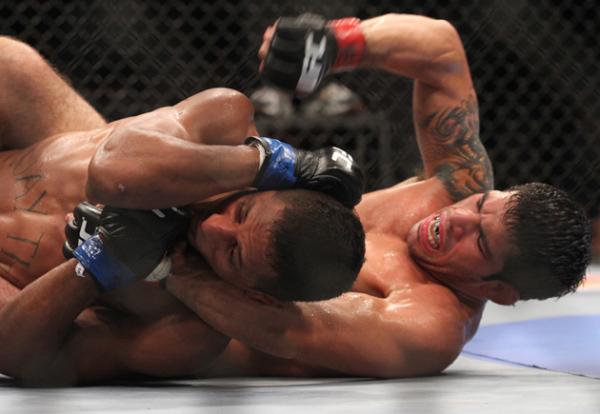 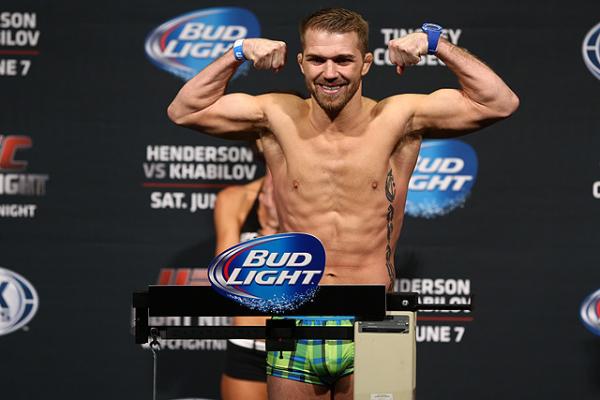 THE MATCHUP: Following his ignominious departure from World Extreme Cagefighting four years ago, few would have guessed Caraway might find himself near the top of a UFC division. A drop to bantamweight and a 4-1 stint with the promotion, however, has brought him into a collision with presumptive top contender Assuncao in a bout that may well determine the next challenger to T.J. Dillashaw’s throne.

Caraway’s game is straightforward, predictable and more difficult to stop than it should be. His strikes -- mostly looping hooks and the occasional jab, though he throws surprisingly crisp counter combinations and moves his head well -- serve mostly to allow him to get inside and draw the opponent’s attention upwards while he drops levels and shoots for a takedown. Once Caraway engages at close range, he chains together singles, doubles and trips until he drags his opponent to the mat or forces him into a scramble. Caraway shines on the ground: He excels at finding the back and owns nasty, opportunistic submissions, especially the guillotine and rear-naked choke. The Washingtonian will not win many kickboxing matches, but in wrestling and grappling exchanges, his size, cardio and killer instinct make him a handful for anybody.

Assuncao, on the other hand, has many different paths to victory. A crisp striker, the Brazilian’s best punch is a razor-sharp and powerful straight or looping right hand that he throws best as a counter. He strings together beautiful punching combinations as he moves forward, takes sharp angles and throws heavy kicks at all levels with good if not exceptional volume. Assuncao is a more-than-capable wrestler: In his last 10 fights, he has conceded takedowns only to Dillashaw and Urijah Faber; offensively he excels with reactive takedowns. On the mat, the longtime Brazilian jiu-jitsu black belt is an exceptional grappler. He maintains a heavy base and throws brutal ground strikes, which he complements with excellent passes and the occasional submission. Excellent athleticism and above-average power make Assuncao’s well-rounded game all the more effective.

THE PICK: This fight drastically favors Assuncao. He has the takedown defense to keep the fight standing the vast majority of the time; he is by far the better striker; and even if it does go to the ground, his grappling should be good enough to neutralize Caraway’s control and positional games. The American is game and durable, however, so the pick is Assuncao by clear decision.