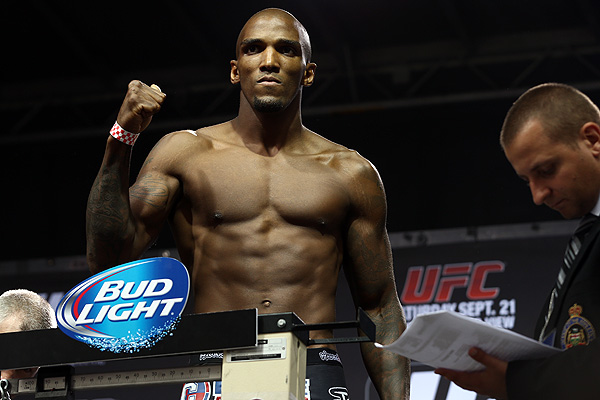 The Matchup: Were it not for a controversial split decision loss to Tim Boetsch at UFC 166, Dollaway could be riding a four-fight winning streak heading into his matchup with Carmont. “The Ultimate Fighter 7” alum has been resurgent nonetheless, taking out “The Ultimate Fighter: Brazil” vets Cezar Ferreira and Daniel Sarafian along with ex-Strikeforce talent Jason Miller in recent outings.

An All-American wrestler at Arizona State University, Dollaway is accustomed to having the takedown edge in the majority of his fights; all told, the Power MMA Team representative holds a 26-2 advantage in takedowns landed in his 13 UFC bouts. What could signal a breakthrough for Dollaway, however, is newfound confidence in his hands. This was most evident in bouts against Boetsch and Ferreira, the latter of which resulted in a 39-second knockout.

Like Ferreira, Carmont is an imposing physical specimen. The difference is the Tristar Gym representative is highly unlikely to wade forward with his hands down winging wild punches as “Mutante” did. Carmont has slight height, one inch, and reach, two inch, advantages over Dollaway, and he will likely have an edge in strength, as well. Carmont is capable of both using his kickboxing to fight at range or getting physical in the clinch. While he has a decent jab and can change levels with his kicks, “Limitless” is not normally a high-output striker. Dollaway should have opportunities to move into the pocket, where he is effective landing hooks and uppercuts in close quarters and changing levels for takedowns.

Both fighters have been known to leave themselves exposed for submissions during grappling exchanges. Carmont has been at his best when he can impose his will from top position, but Dollaway is probably the better overall wrestler. If Dollaway cannot take down his powerful foe, he must remain busy with his boxing and avoid being pushed into the fence for significant periods of time.

The Pick: Dollaway seems to be putting things together these days, and Carmont has lived something of a charmed life inside the Octagon. Dollaway wins by decision.