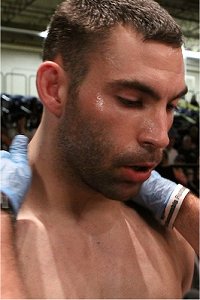 Weatherby, a former officer in the United States Navy, now works full-time as a corrections officer for the Hillsborough County Department of Corrections in Manchester, N.H. The 27-year-old trains at Renzo Gracie Jiu-Jitsu of New Hampshire and has delivered more than half (four) of his seven career wins by submission. Weatherby, who owns a victory against current UFC welterweight John Howard, has not fought since his split decision defeat to Dan Keefe at a World Championship Fighting show in June.