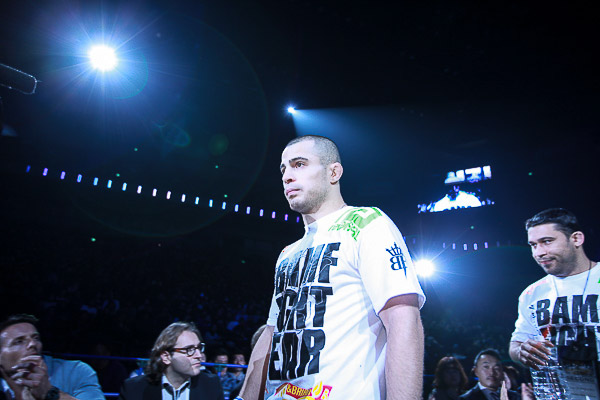 
Karakhanyan began playing soccer at a young age for clubs like Torpedo Moscow and Spartak Moscow in Russia. After moving to the United States, he played with the San Diego Nomads, as part of the U.S. Olympic Development Program for players under the age of 18. This evolved into a spot on a professional indoor soccer club: the San Diego Sockers, of the Major Indoor soccer League.

However, once Karakhanyan got a taste of MMA, it was all over. After just six months of training in the art of Brazilian jiu-jitsu, he was victorious in his first professional fight. Karakhanyan later landed in Bellator MMA to take part in its Season 2 and Season 4 featherweight tournaments, losing to the eventual winner in each case, Joe Warren at Bellator 18 and Patricio Friere at Bellator 37. Karakhanyan went on to lay claim to the Tachi Palace Fights featherweight championship, but he vacated the title to sign with the World Series of Fighting in 2013.

Karakhanyan eventually became the inaugural WSOF featherweight titleholder after defeating Lance Palmer at WSOF 7. In his first defense against Rick Glenn, he was forced retire due to a rib injury, costing him the 145-pound crown.