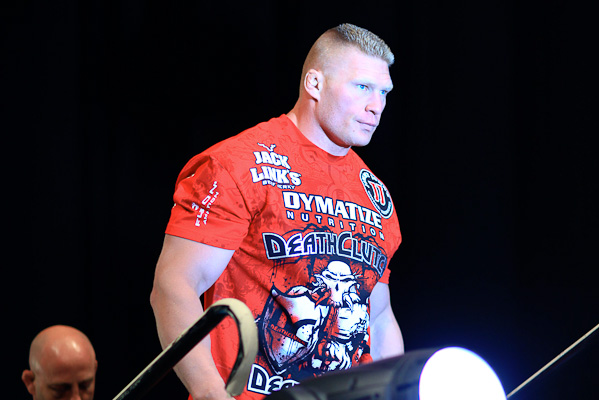 When I logged on to read the MMA news today, I saw lots of MMA sites and forums talking about a Fedor Emelianenko-Brock Lesnar fight, just because UFC President Dana White started spouting off about the fight. I can't stand that fans and media are this gullible. Maybe they are just bored. Who actually thinks this fight is going to happen? I am hoping for a day when any hypothetical rambling of White isn't considered newsworthy. -- Arthur from Wales

TJ De Santis, Sherdog Radio Network program director: When White talks, people listen. They should; after all, he is the most powerful man in mixed martial arts. We should also remember that White claims so often to approach his job from the prospective of a fan. As a hardcore fan, I still wonder what Emelianenko could have done inside the UFC's Octagon. For the most part, though, I am over it. For whatever reason, it seems that White is not.

If the UFC was able to lure Lesnar back and come to an agreement Emelianenko and his management, I would be very excited to see “The Last Emperor” compete in the UFC. That said, the comments from White are just ramblings to me until something actually happens. The sheer buzz the UFC's president has created with just mentioning Lesnar and Emelianenko proves people still want it to happen on some strange level.

Lesnar is and always will be a huge draw for the UFC, even if it might be for all the wrong reasons. Emelianenko is the greatest heavyweight in mixed martial arts history. Both men have “retired,” but White’s comments are keeping the door open for both of these men, stoking the fire of excitement in case Zuffa could pull the trigger with either of them in the future.

A listener sent me an old clip of “Beatdown” a couple of months ago. In that clip, I said, “Fedor Emelianenko will fight in the UFC.” Sadly, even if it does happen, it will have come too late. I would still be excited to see Emelianenko get that moment, to hear his name roared by Bruce Buffer in the Octagon, for him to have one or two epic battles in the UFC. However, the former Pride Fighting Championships champion is past his prime, and he is not going to threaten Junior dos Santos or Cain Velasquez. The fan in me does not want Emelianenko to hang his gloves up without having fought in the UFC, but, at this point, it is a bit of potential history that I could take or leave.