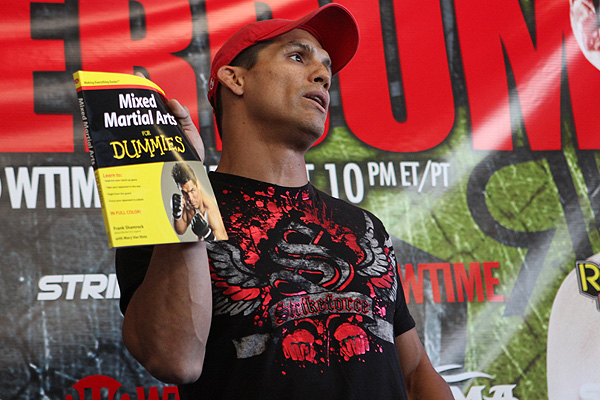 
Shamrock’s greatness is sometimes undervalued, partly because it is overshadowed by the longstanding beef with his brother and partly because he did much of his best work during the UFC’s darkest days. Make no mistake, a fight between Shamrock, who had a memorable two-year reign as UFC champion from 1997 to 1999, and Sakuraba, who was arguably the greatest MMA talent to ever come out of Japan, would have been epic in both fighters’ heydays.

There is little doubt that Shamrock would have taken great pleasure in succeeding where his older brother failed. In 2005, Ken Shamrock fell to Sakuraba via controversial technical knockout stoppage. Frank, of course, saw nothing wrong with the ruling.

“If you’re sleeping with your head through the second rope, you’re in a bad way,” Frank said during an interview with Sherdog.com. “He got clocked. He went down. According to the rules, he was no longer defending himself and that’s the end of the fight.”

It would have been interesting to see how a well-rounded Frank could have handled the quick single-leg and gas tank of Sakuraba, particularly in their prime years from 1997-2000. Shamrock always felt that Sakuraba was a kindred spirit in the fight game.

“Well, we had the same teacher. We have the same lineage. My thing at my height of learning was that I really wanted to kind of find my style of fighting and develop it,” Shamrock told FiveOuncesofPain.com in 2010. “He was the only other guy that had the same lineage of teachers and training and experience that I did. I felt like we were destined to meet; we just never did.”