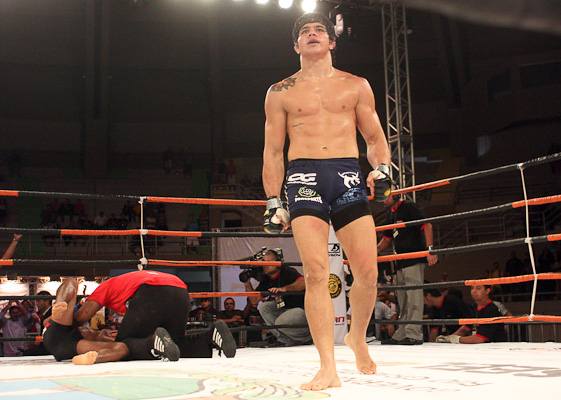 
A few years ago, Jungle Fight would have been several slots higher on this list. It was by consensus the top promotion in Brazil for most of its existence, but the UFC’s move into Brazil, beginning in 2011, and its voracious appetite for new fighters has gutted Jungle Fight’s roster. Still, there is so much talent in the region that promoter Wallid Ismael -- one of the great characters in MMA -- has had little trouble keeping the promotion stocked with excellent martial artists.

The list of fighters who have come through Jungle Fight since 2003 is incredible. The first show alone featured two future UFC champions, Lyoto Machida and Fabricio Werdum, along with Gabriel Gonzaga and Ronaldo Souza. Paulo Thiago, Thales Leites, Erick Silva, Johnny Eduardo and Charles Oliveira are just a few more of the future top-notch talents to pass through on their way to the peak of the sport.

As the MMA business in Brazil has changed over the years, so, too, has Jungle Fight. The time when you could find top-notch, fully developed talent waiting in the wings for a rare shot at the UFC or another worldwide promotion is long since passed, and the country’s stock of talent has been drastically depleted. Still, Jungle Fight and Ismail himself have soldiered on, focusing on a model more like that of smaller American promotions, with an emphasis on prospects and building fighters from the beginning of their careers.

There is less scope to be a big-time show, but Jungle Fight is still putting on excellent, well-matched fights. The experience of watching Jungle Fight events is itself worth noting: Celebrity ring girls, great entrances and crazy violence are the norm and give a fantastic flavor of Brazilian wildness to go along with the fights.

Number 4 » It is hard to argue with its results. Since the first show in 2002, no fewer than 57 fighters with experience in the organization have fought on UFC cards, including many future stars.
<h2>Fight Finder</h2>
Sponsored by