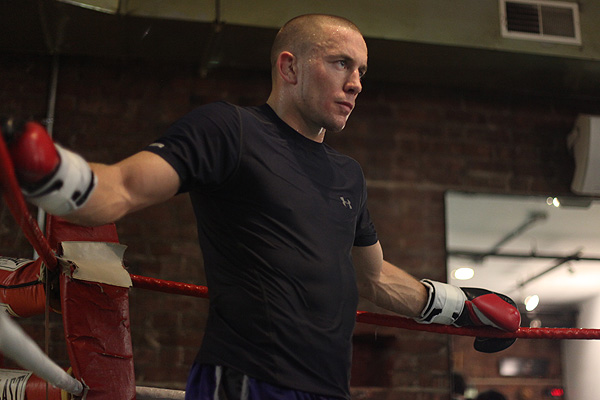 Georges St. Pierre does not have a single unavenged loss on his resume. | Photo: D. Mandel/Sherdog.com

St. Pierre is a winner. Still only 33, “Rush” has arguably the most impressive list of wins in MMA history. While champions in other divisions had to face limited fighters with obvious vulnerabilities from time to time or even regularly, St. Pierre was faced with one stiff challenge after another. He beat Karo Parisyan, Sean Sherk, B.J. Penn, Matt Hughes, Josh Koscheck, Jon Fitch, Thiago Alves, Jake Shields, Carlos Condit, Nick Diaz and Johny Hendricks without so much as a single unavenged loss. In the process, he became one of the biggest MMA drawing cards of all-time and the top player in the sport’s tremendous Canadian popularity. To top it off, he always handled his career with class and dignity and remains one of MMA’s most respected and revered figures.
Next: Imagining an MMA Hall of Fame: The Shoo-Ins »