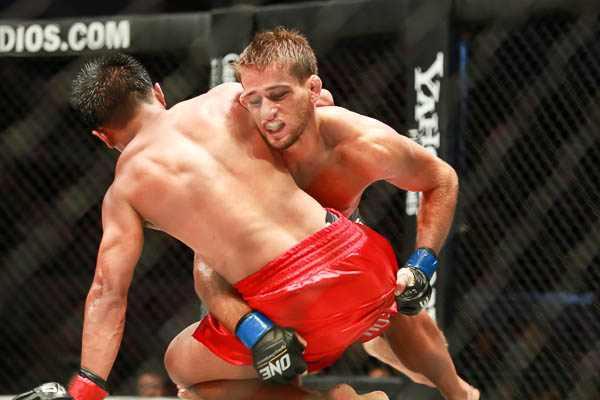 
Andrew Leone has already made quite a name for himself on the mixed martial arts scene in Asia.

After a unanimous decision over Geje Eustaquio in May, the American-born Phuket Top Team flyweight asked One Fighting Championship brass for a shot at former Shooto champion Shinichi Kojima. Leone’s wish was granted, and he will face “BJ” in the One FC 10 main event on Friday in Jakarta, Indonesia. The show’s undercard will stream live and free to Sherdog.com at 7:30 a.m. ET/4:30 a.m. PT.

“After my previous fight, I had politely called out Kojima, and I really wanted that fight,” Leone said. “I was super excited to hear that I was given a shot to fight him. Fighting Kojima is a great opportunity. For it to be [the] main event was a shock and just added to my excitement.”

While Kojima holds more than twice the fight experience of his American counterpart, Leone’s resume includes wins over reigning One FC bantamweight champion Soo Chul Kim and former Road Fighting Championship titleholder Min Jung Song. His only loss in his past seven appearances came by rear-naked choke submission to current Ultimate Fighting Championship bantamweight Kyung Ho Kang, though it was suffered at a higher weight class as part of a one-night tournament in Road FC.

“That was a crazy experience but one that I loved,” Leone said. “It gave me a grasp on what it is like to be under pressure and under the spotlight.” 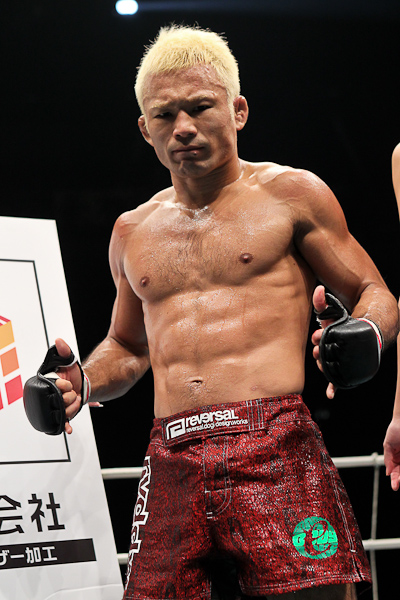 Photo: T. Irei/Sherdog.com
“BJ” once held Shooto gold.
Leone and his older brother, World Extreme Cagefighting and Bellator MMA alum Anthony Leone, started out as wrestlers. The younger Leone was introduced to wrestling at age 5, achieved all-state status twice in high school and earned a college scholarship. Leone began his MMA training at 15. Not long after his brother made his professional debut, he left his wrestling career behind to follow in his sibling’s footsteps.

Leone, who operates out of Thailand, openly acknowledges the role his brother played in his becoming a successful mixed martial artist.

“For sure, Anthony competing in MMA has shaped me as a fighter,” he said. “When Anthony went to Hawaii to train with B.J. Penn, that influenced me to try another country and experience, as well, so I went to Bangkok. Then I did a stint in Singapore, and now I am living in Phuket and training with Phuket Top Team. I saw the program that was offered at PTT, and the coaches and opportunities there were too good to pass up.”

For the last two years, Leone has paid his dues and worked his way up the ladder under the leadership of Boyd Clark at Phuket Top Team. He believes he has acquired the tools necessary not only to challenge Kojima but to beat him.

“The magnitude of the fight is not lost on me,” Leone said. “However, I am not allowing it to affect me and drag my performance down. Our goal is to win, and that’s all I am focused on. I respect Kojima a lot. He is a stud, and I love his style. For me, though, I think my wrestling, my jiu-jitsu and my MMA striking is going to be something new for him. I don’t think he can stop me if I really want the takedown. I know I can hang with him on his feet. My hands are sharp. I’m working lots of unique MMA striking and angles. I’m confident and excited for this fight.”

A win over “BJ” would put Leone in direct contention for the inaugural One FC flyweight championship. However, he guards against looking too far into the future.

“To fight for the title of Asia’s biggest MMA organization at this point in my career is great; yes, that will be a dream,” Leone said. “My goal is to claim that title, but I cannot look past Kojima. For now, my goal is to defeat him. A win over Kojima is the career goal right now.”

Although he is thousands of miles from his hometown, Leone and his older brother feel at home in Thailand.

“Outside of training, I enjoy life,” he said. “Phuket is a great place. I like to surf almost daily, and trips to the beaches, markets and festivals are all great. I enjoy living in peace, playing some ukulele and just listening to some music at my house in the jungle. My mother, pops and family are all super supportive. They are our biggest fans. I know my mom wants to see me more at home, but she understands what we are doing is our passion. Living in Thailand and being outside of the states has given us a new perspective to life and training.”