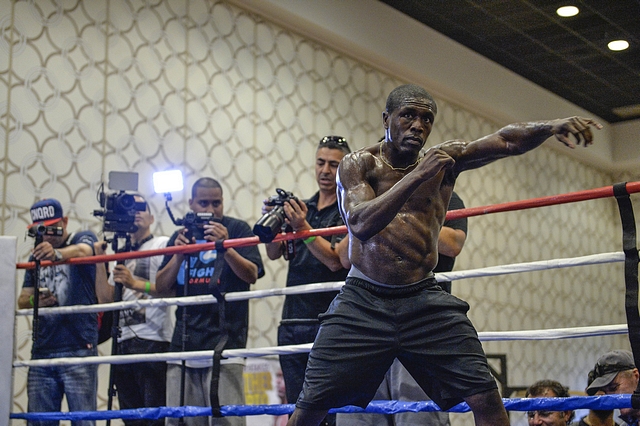 
The Battling Bertos carry a collective traveling troupe feel. You can almost envision them stuffing the family SUV with gear in their Winter Haven, Fla., driveway before heading off to some boxing, wrestling or MMA tournament. The Bertos are like a combat sports version of the Flying Wallendas, the obvious differences being the Wallendas defy life and limb on high wires while the Bertos defy life and head trauma in the ring, cage or any other known fighting configuration.

Talking to family patriarch Dieuseul Berto, you discover it is what he always intended. The father of seven and MMA pioneer was determined to hone his children with the discipline and focus of boxing, karate and kickboxing; and if they ever misbehaved, their bodies would be honed through push-ups and squats. That lifestyle produced Edson Berto, Andre Berto and Revelina Berto, who all excel at various levels of MMA and boxing, with Andre being the most accomplished as a former two-time welterweight boxing champion.

Haitian transplants, the Bertos will be ringside on Saturday, when Andre takes on his toughest opponent, pound-for-pound top dog Floyd Mayweather Jr., at the MGM Grand Garden Arena in Las Vegas.

Not many give Andre, a heavy 50-to-1 underdog in most sports books on the strip, much of a chance to topple the undefeated Mayweather (48-0, 26 KOs). Andre (30-3, 23 KOs), who is 3-3 over his last six fights, and the rest of the Bertos know this; however, they also feel not many understand the fighting culture in which Andre was forged. It will be an abrupt worldwide introduction, the Bertos feel, when Andre does what many sense is the impossible and beats the unbeatable Mayweather.

“That’s the difference, you’ll see. No one has any real interest in this fight because they don’t think my brother has a chance,” said Edson, who has fought in Bellator MMA, Strikeforce, and EliteXC. “I’m telling you, my brother will shock the world and everyone will want to talk to him after he beats Mayweather. People don’t know how tough we Bertos are. My father was a tough, strong man, revered throughout Haiti. My brother and my family are all the same. We never quit.”

They all seem to live by the same unspoken dogma: You cannot beat the Berto will.

Andre, 32, credits his MMA roots for making him an action fighter. He has always been aroused by the memories of a chubby kid who once came from school bruised up after losing a fight and a father who was not about to tolerate it. It is what led him to stray from the family MMA tree and into boxing.

“I came from a fighting family and was raised around martial arts, jiu-jitsu, kickboxing, karate and everyone in my house was swinging and kicking around,” Andre said. “That just wasn’t me. My dad started taking me to the boxing gym with him, and I fell in love fast. I didn’t have to kick. I didn’t have to grapple. I just had to be able to throw some hands. That was a great day.”

Well, it was not entirely a great day. Andre’s first experience with boxing resulted in him getting a bloody nose and a wounded ego. Yet you could not miss the Bertos. They were everywhere, at the brother’s wrestling matches and the younger sister’s jiu-jitsu tournaments. Anytime you would see one Berto, you would see them all walk into a gym. 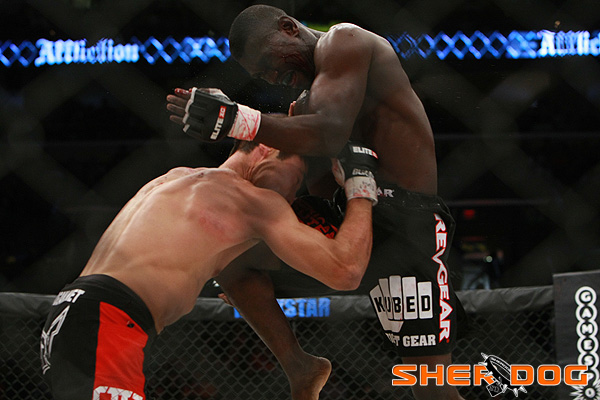 (+ Enlarge) | Photo: Dave Mandel/Sherdog.com
Edson Berto is an EliteXC veteran.
People very quickly began noticing Andre, who rapidly improved. By the time he was 9, he was competing and winning traveling tournaments. Through it all, Dieuseul supported everything.

“Being around MMA, kickboxing, being around fighting, you can’t help but fight, especially when you have a house full of fighters. The work was second to none; it was a normal routine,” Andre said. “We were always getting up early for a workout or a competition. My brothers, sisters, we all fought. The only one in the house that wasn’t fighting was my mom.

“What pushed me was we drove off each other,” he added. “We kept pushing each other and pushing the Berto name. It was 500 push-ups or 500 squats before school and then we would run to school. During commercials doing homework in front of the TV, we would hit the floor to see how many push-ups we could do. That was like our family activity, part of our lives. I do love MMA. I love watching it. I love to watch anyone fight.”

Being around fighting makes it a part of you. It was certainly in Dieuseul “The Tiger” Berto’s DNA. Dieuseul is 55 and not as spry as he once was, though he still carries a bit of an edge. He was one of the first Western fighters, along with Ken Shamrock, to appear in Japan. His shoot fighting and MMA exploits led him all over the world. Dieuseul even got a taste of it in the United States, losing to Geza Kalman at UFC 10 in July 1996, when MMA was a neophyte in this country’s sports lexicon.

“I started with karate and that turned into kickboxing and that became wrestling, which then became shoot fighting in Japan,” Dieuseul said. “I was one of the first guys that went out to Japan with Ken Shamrock, who’s a friend. I was really determined to get in competition and my first love was boxing, but I was too old at the time. It’s when I found MMA. That helped me to instill discipline in my kids. Raising my kids, the push-ups and squats were their punishment. I wanted to make them tough. It’s why I say Andre will win this fight. It doesn’t matter what the media says.”

“I know Floyd is a very capable fighter -- we all know that -- but if there is one thing we know Floyd doesn’t have is the heart to fight,” Dieuseul said. “He’s never been in a fight. He’s never really been hit as much as Andre will hit him. He’s really ever been hit in one fight, his first fight against [Jose Luis] Castillo [in 2002]. Everyone said Floyd lost that fight.

“Andre has been through a lot of wars. No one ever questioned his heart,” he added. “No one has ever put Floyd in a position where Andre has been. Andre went to war with [Victor] Ortiz. He went to war with [Jesus Soto Karass], and he had dislocated his shoulder early in that fight and fought with basically one arm. He had both swollen eyes almost shut. He was a mess, but he kept fighting. No one has ever placed Floyd in that position. Floyd has never been in a war. My son will give Floyd a war. Fighting is all he’s known.”

Joseph Santoliquito is the president of the Boxing Writer's Association of America and a frequent contributor to Sherdog.com's mixed martial arts and boxing coverage. His archive can be found here.