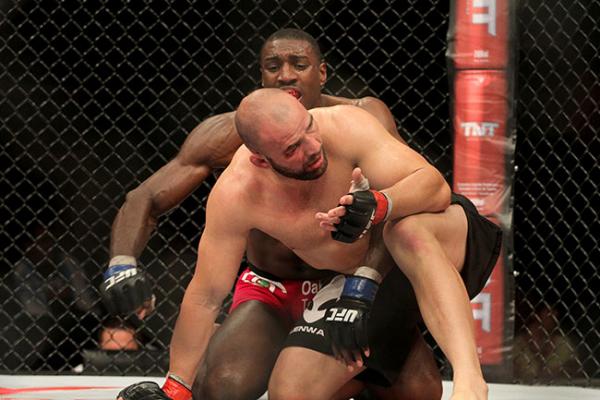 
Glover Teixeira entered his UFC 179 co-main event against Phil Davis as a -243 favorite on Saturday at Maracanazinho Gymnasium in Rio de Janeiro, but it certainly did not play out that way in the Octagon.

Teixeira’s experience and striking prowess did not come into play in what many viewed as a lackluster performance; his conditioning and speed just were not up to par. Davis (+200), on the other hand, executed a total of nine takedowns and unleashed repeated flurries of ground-and-pound in what turned into a lopsided unanimous decision. “Mr. Wonderful” landed 109 total strikes to Teixeira’s 14, keeping the Brazilian at bay on the feet and completely neutralizing him on the ground.

Davis improved to 9-2 in the Ultimate Fighting Championship, as the 30-year-old Alliance MMA representative won for the fourth time in his past five appearances. Teixeira, 34, fell to 5-2 inside the Octagon.

Although Dariush’s defense has been called into question, Ferreira was never much of a factor in the fight. A Rafael Cordeiro protégé, Dariush evaded Ferreira’s punches and utilized his athleticism, wrestling, clinch game and ground-and-pound to dominate all three rounds.