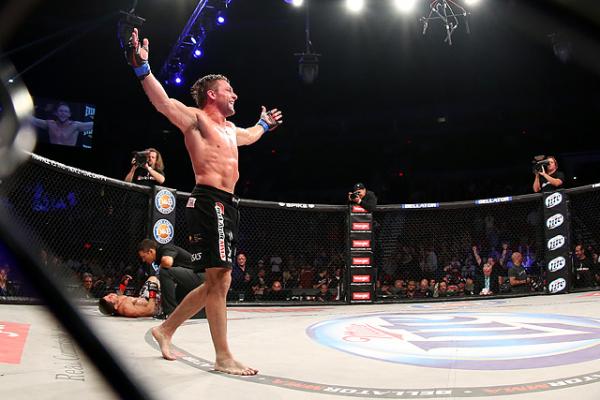 
Bellator MMA is back for another week of violence live on Spike TV, as Bellator 118 takes place on Friday at the Revel Atlantic City.

Several interesting matchups will be on tap in Atlantic City, N.J., including an interim bantamweight title main event between tournament winners Joe Warren and Rafael Silva.

Warren was initially scheduled to face reigning bantamweight champion Eduardo Dantas at the May 2 event, but “Dudu” was forced to withdraw from their matchup last week due to a head injury sustained in training. With the champ sidelined indefinitely, Warren will instead face Silva, a man who has not lost since February 2011. Silva made his Bellator debut in 2013 on the strength of 11 straight victories, submitting Rodrigo Lima with a third-round rear-naked choke and then outpointing Anthony Leone to capture the 2013 Summer Series tournament crown. However, after earning his crack at the belt, Silva fell prey to an injury of his own, and Dantas instead put his title on the line against Leone, submitting the American with a sublime rear-naked choke last month. Now presumably 100 percent healthy, Silva will tangle with Warren, a Greco-Roman wrestling world champion and former Bellator featherweight king. Plenty of people -- myself included -- worried for Warren’s health after the beating he took from Pat Curran, but the “Baddest Man on the Planet” seems to have recovered well, winning three straight fights and capturing the Season 9 bantamweight tournament title.

Warren looked particularly sharp in his most recent outing, when he knocked out the durable and skilled Travis Marx in November. However, like Silva, Warren was forced to turn down an opportunity to face Dantas last month due to a knee issue. Will either man’s knee injury prove to be a factor come fight time? I, for one, am interested to find out.

This interim bantamweight title tilt is only one reason to flip your picture box to Spike TV. Here is what else to watch for at Bellator 118:


Andrey Koreshkov’s welterweight tournament semifinal with Sam Oropeza has caught my attention, and I think you would also be wise to pay it mind.

Koreshkov’s ability to change the momentum of a fight in the blink of an eye is rare, but he is nevertheless able to accomplish the feat consistently. Save for his one-sided smashing at the hands of Ben Askren, the Russian has been perfect as a professional, scoring six wins inside the Bellator cage. In his last outing, “Spartan” showed that his defeat to “Funky” has left him anything but discouraged, as Koreshkov demolished Ultimate Fighting Championship veteran Nah-Shon Burrell in just 41 seconds.

Oropeza was also impressive in his quarterfinal appearance, pinning capoeira stylist Cristiano Souza against the cage and blasting him with punches to seal the deal at Bellator 112. The victory marked the sixth straight win for “Sammy O,” who has never before gone the distance in 13 pro appearances.

Which of these capable 170-pound talents will punch his ticket to the Season 10 final? 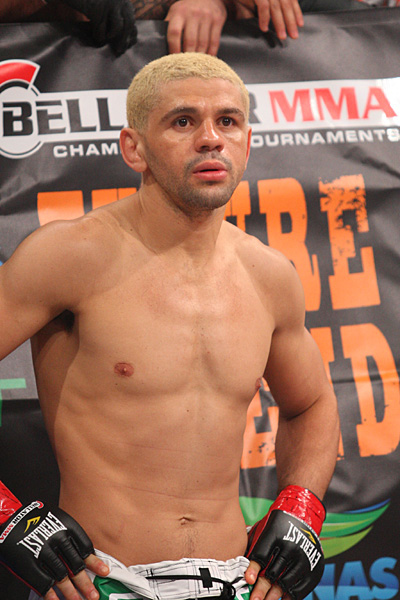 Photo: Keith Mills/Sherdog.com
Galvao has won five of six.
Galvao is back in action, and that is a good thing for fight fans.

Though “Loro” came up short in his 2013 bid to wrest away Dantas’ bantamweight crown, Galvao has since returned to his winning ways, earning a June finish under the Shooto Brazil banner before stopping Tom McKenna in the Bellator cage in November.

In spite of his loss to Dantas, Galvao should still be regarded as one of Bellator’s finest and most exciting 135-pound talents. The 32-year-old undoubtedly possesses the talent to earn himself another crack at the Bellator belt, provided he can land another tournament entry.

However, if Galvao cannot navigate past undefeated prospect Thomas Vasquez, he could be looking at a long wait before he receives another real opportunity. Can “Loro” hand Vasquez his first defeat or will the prospect make a name for himself at the expense of the former title challenger?


A perfect record is all but guaranteed to be blemished when Mike Mucitelli squares off with Liam McGeary.

Both guys possess good size for their weight class, and this appeared to be a solid light heavyweight matchup to present on the Spike TV card, considering the men hold just one decision victory between them in 12 combined fights. However, Bellator officials made the contest even more interesting when the Viacom-owned organization announced that the bout would serve as a quarterfinal pairing in the upcoming Summer Series tournament.

As the rest of the tournament field is still to-be-announced, Mucitelli and McGeary should hold a distinct advantage over their peers, considering the amount time they will be able to rest between the quarterfinal and semifinal rounds.

Which of these light heavyweight prospects will take one step closer to a title shot?