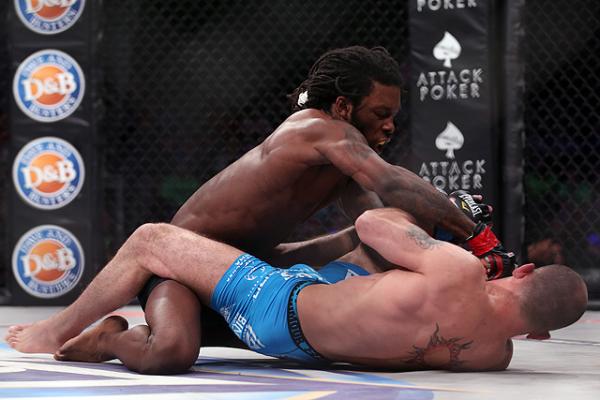 
Bellator MMA will once again set down on Canadian soil this Friday, when Bellator 119 goes down at Casino Rama in Rama, Ontario.

The Spike TV-broadcast main draw was supposed to be headlined by a middleweight tournament final between Brett Cooper and Brandon Halsey, but that booking was scrapped on just four days’ notice after Cooper withdrew with a back injury. Instead, the show’s festivities will be topped by the Season 10 featherweight final, which pits Daniel Weichel against Desmond Green.

Here is what to watch for at Bellator 119:


Either Weichel or Green will earn himself a title shot. The other man, unfortunately, will slide down the figurative shoot.

A former M-1 Global champion and a veteran of 41 pro fights, Weichel has proven himself to be a competent grappler and a hunter of submissions during nearly 12 years as a pro. Although Weichel found Matt Bessette to be a much hardier foe than quarterfinal opponent Scott Cleave, the German nevertheless got the job done to set up a meeting with Green.

Unfortunately for Weichel, catching a stray appendage on the springy and sinewy “Predator” will almost certainly prove easier said than done. Likewise, Green should prove tougher to hold down and control than either of “The Weasel’s” first two opponents.

Given the scrambling ability of both of these men, this bout may well come down to who gets the better of the striking exchanges, and I am quite interested to see how that crucial aspect of the fight will play out.

RETURN OF THE VIOLENT ONE 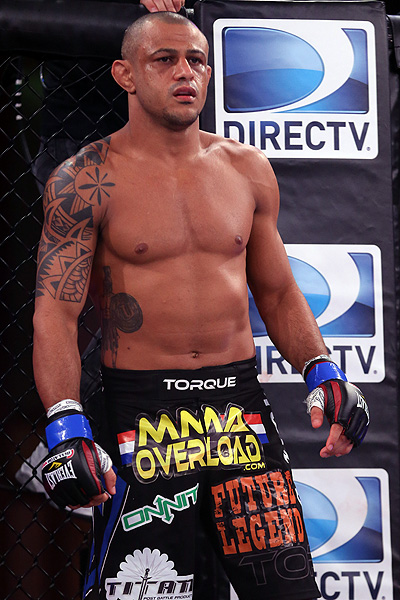 Photo: D. Mandel/Sherdog.com
Sandro wields KO power.
Marlon Sandro might not be the fighter he used to be, but you should probably get your popcorn ready just in case.

In recent times, Sandro has not looked like the same man who put back-to-back opponents on stretchers during his successful Sengoku run, going 1-1-1 in his last three fights. Still, I find myself drawn to “The Gladiator,” primarily due to the damage he is capable of inflicting if he catches his opponent correctly.

The Brazilian will have no cakewalk in former International Fight League phenom Chris Horodecki. However, the Canadian has proven himself to be rather hittable against skilled strikers like Donald Cerrone and Mike Richman. As previously mentioned, it only takes one right hand from Sandro to transport you from a prizefighting ring to a hospital, so Horodecki would be wise to keep his eyes up and his chin down.

This is no tournament bout, but the stakes are nevertheless high for both men. Which of these featherweights will show he is still relevant?


Bellator officials appear quite keen on building heavyweight Raphael Butler into a star, and I cannot argue with their logic. A former pro boxer, Butler possesses dangerous punching power, and he has shown to be a capable athlete, if not a particularly technical wrestler.

“The Silencer” has recorded seven first-round finishes in his unblemished eight-fight career, three of them in the Bellator cage. While Jeremiah O’Neal, Joseph Bryant and Josh Burns are not exactly what I would call a murderers’ row of heavyweights, they nonetheless served their purpose as confidence-building fodder for the hard-punching Minnesotan.

Butler will now take on Nick Rossborough, a fighter who has acquired some real seasoning over his 41-fight career. Can Butler run through “Leatherface,” as he has against his other opponents or will Rossborough temporarily derail the 30-year-old’s hype train?


Former Strikeforce title challenger Marius Zaromskis returns to the Bellator cage in Canada, and that is good news for those of you who enjoy the punching and kicking stuff.

Looking to rebound from back-to-back defeats in Bellator, the hard-hitting Lithuanian now locks horns with veteran grappler Vaughn Anderson, who himself hopes to avoid consecutive setbacks after coming up short against War Machine in the Season 9 quarterfinals in September.

Additionally, Ultimate Fighting Championship veteran John Alessio is slated to battle fellow Octagon alum Eric Wisely, who has worked his way back into the spotlight following his UFC exodus on the heels of back-to-back defeats in 2012.

Earlier, tournament staple and consistent violence-bringer Brian Rogers will perform as a Spike.com-streamed appetizer rather than in his typical role of savory, main card entree, but that means little as far as I am concerned. Rogers is staring at a capable test in 19-fight pro Adrian Miles, and I, for one, am interested to see how “The Professional Predator” looks after sustaining consecutive setbacks for the first time in his career.