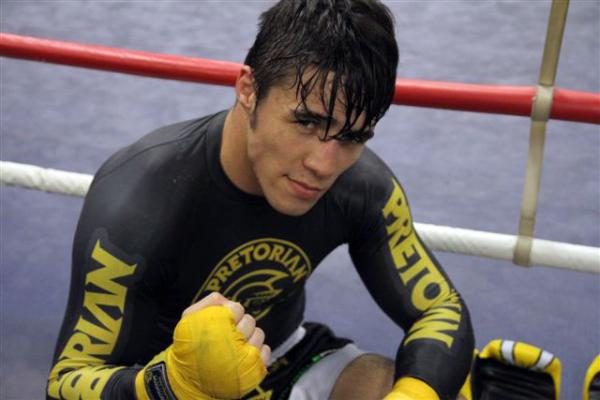 
Bellator MMA’s second Season 9 offering will see the promotion settle into its Friday-night timeslot, as Bellator 99 goes down from the Pechanga Resort and Casino in Temecula, Calif.

Although no titles will be on the line, the card nevertheless contains matchups and subplots worth your time as an MMA viewer. The main draw airs live on Spike TV and is highlighted by the debut of Bellator’s latest featherweight tournament, while the preliminary card streams immediately prior on Spike.com.

Here is what to watch for at Bellator 99:


Diego Nunes will make his Bellator debut against countryman Patricio Freire in the featherweight tournament quarterfinals. If that last sentence did not get you fired up for some mixed fighting, then you might want to see a doctor and have your heart checked.

While it is true that Nunes departed the Ultimate Fighting Championship on the heels of a one-sided loss to Nik Lentz, there is little shame in such a defeat. Lentz has looked quite sharp since dropping to 145 pounds, and I would not be surprised if the grappler works his way into the UFC title picture in the coming year.

It should also be noted that before his loss to Lentz, Nunes was putting on some of the most exciting fights of his career. His bout with Bart Palaszewski, in particular, brought the house down and earned the Brazilian “Fight of the Night” honors in October.

Can “The Gun” grab a victory over one of Bellator’s best featherweights in his first appearance with the company?

You all know the rap sheet on “Pitbull” by now. He is fast, explosive, powerful, aggressive and accurate with his strikes. He is a pain to take down, and his wrestling has only improved during his Bellator tenure.

Freire’s two career losses could have easily been wins had the cageside judges seen things a little differently. Both defeats came by split decision, and both decisions cost “Pitbull” either a shot at the championship or the title belt itself. Following his razor-thin split decision loss to reigning champion Pat Curran, Freire returned to the cage on July 31, knocking Jared Downing senseless in a brutal second-round stoppage.

In my view, the winner of Freire’s collision with Nunes has to be considered one of two tournament favorites heading into the semifinals. The Season 9 featherweight bracket is filled with several fresh, promising faces, but I do not think they will have anything for either “Pitbull” or Nunes.

Now in his third tournament try, will Freire take his first step toward another title shot? 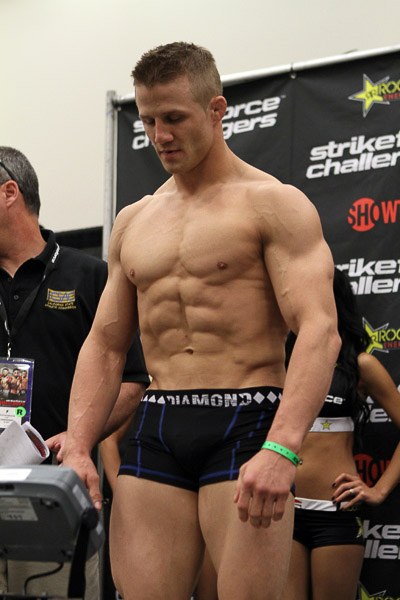 Photo: Jeff Sherwood/Sherdog.com
Wilcox is set for his Bellator debut.
How will Justin Wilcox look in both his featherweight and Bellator debut?

“The Silverback” returns to the cage as a tournament replacement for Shamhalaev, taking on Akop Stepanyan in the Season 9 quarterfinals. A former bodybuilder and nine-time Strikeforce veteran, Wilcox was never short on power as a lightweight, but I always felt that his highly muscled physique may have hurt his endurance.

Now making his debut at 145 pounds, the hulking American Kickboxing Academy rep figures to enter the cage a bit slimmer, which I think will bode well for his complete MMA game and give him some more steam should the fight reach the third round, provided he avoided a tough weight cut. The 34-year-old has not competed since July 2012, when Jorge Masvidal handed him his second straight defeat, so I am curious to see what, if any, ring rust Wilcox brings with him.

Wilcox should have his work cut out for him against game RusFighters Sport Club representative Stepanyan, who I felt was robbed against Marlon Sandro in February.

The winner of Nunes-Freire might be my tournament favorite, but I would not sleep on either Wilcox or Stepanyan making some noise.

A Janitor and an Assassin


Although I am definitely on the fence about this one, I do think that Houston Alexander and Vladimir Matyushenko making their Bellator debuts is worth a look.

This does not figure to be the finest example of athleticism based on the advanced age of both men and Alexander’s limited tools. It should also be noted that this fight will take place at heavyweight, opening the door for a potential gas-out for both men.

However, if this fight is decided within the first five minutes, I think it could turn into a pretty enjoyable experience for everybody. We know Alexander hits like a truck, and Matyushenko’s abilities and experience should provide an interesting counterbalance to the American’s raw power.

As Tough as They Come


Legit heavyweight prospect Blagoi Ivanov will return to the cage for the first time since his near-fatal stabbing outside a restaurant in Bulgaria. The 2008 combat sambo world champion was stabbed under his armpit in February 2012, with the blade of the knife reportedly penetrating his heart.

After spending several months in the hospital, Ivanov was released and began his long road to recovery. Before he was attacked, Ivanov looked like he might rule Bellator’s heavyweight division. What can we expect from Ivanov when he meets Manny Lara during the Spike.com-streamed prelims?

Speaking of tough guys, Strikeforce veteran Virgil Zwicker is another man worth your time during the undercard broadcast. For those who did not see his Rocky Balboa-level display of manhood against Carlos Augusto Filho in 2012, you should feel both regret and relief. It was the type of brutal and bloody spectacle that takes years off a fighter’s career. “Rezdog” will now return to action for the first time in more than 15 months against Nick Moghaddam. Tune in for a scrappy good time.