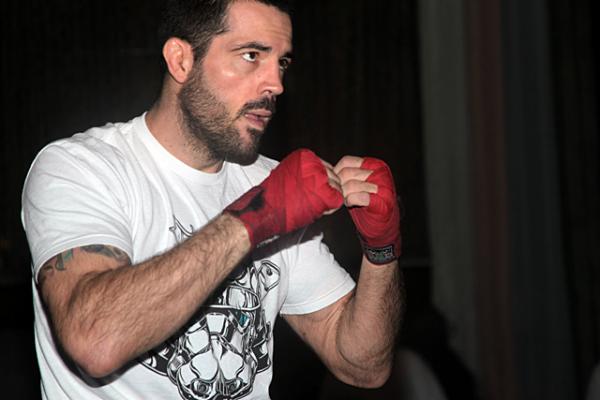 
A back injury derailed Matt Brown’s momentum in December, but “The Immortal” recaptured the magic in a big way on Saturday. In one of the most memorable encounters of 2014, Brown stopped a resilient Erick Silva with strikes 2:11 into the third round of their UFC Fight Night “Brown vs. Silva” headliner at the U.S. Bank Arena in Cincinnati.

In a deep and talented welterweight class, Brown’s violent tendencies have him ascending the divisional ladder in rapid fashion. While Brown has forcefully inserted himself into the title picture, his performance against Silva also yielded a statistical bounty. Here is a by-the-numbers look at UFC Fight Night “Brown vs. Silva,” with statistics courtesy of FightMetric.com:

9: Finishes via strikes -- KO, TKO or submission -- for Brown, tying him with Rich Franklin and Cain Velasquez for fourth place in UFC history. Only Anderson Silva (11), Vitor Belfort (11) and Chuck Liddell (10) have more finishes via strikes.

5: Consecutive knockout victories in UFC competition for Brown, tying him with Thiago Alves for second all-time in promotion history. Only Liddell, who had seven in a row, has more. Brown’s victims during that streak include Erick Silva , Mike Pyle, Jordan Mein, Mike Swick and Luis Ramos.

1,890: Days since Brown last fought in his home state. “The Immortal” knocked out Pete Sell 1:32 into the opening round at UFC 96 “Jackson vs. Jardine” at the Nationwide Arena in Columbus, Ohio.

8-5: Record for underdogs at UFC Fight Night “Brown vs. Silva.” That included five of the six main card winners, with Soa Palelei being the only favorite to prevail on the Fox Sports 1 draw.

3: KO or TKO victories stemming from a head kick in UFC competition for Daron Cruickshank, tying him with Belfort for most in promotion history. “The Detroit Superstar” floored Erik Koch with a head kick in their lightweight bout before sealing the victory with a barrage of strikes on the floor. In UFC competition, Mike Rio and Henry Martinez have also fallen victim to Cruickshank head kicks.

3: KO or TKO victories from the mount in UFC competition for Palelei, tying him with Evan Tanner and Matt Lindland for most in promotion history.

16: First-round stoppages among 21 professional victories for Palelei, who knocked out newcomer Ruan Potts with punches from mount 2:20 into the opening stanza of their heavyweight encounter.

5: Significant strikes landed by Palelei, all of which came on the ground. “The Hulk” landed 12 significant strikes in his last outing, a first-round stoppage of Pat Barry at UFC Fight Night “Hunt vs. Bigfoot.”

39: Significant strikes by which Kyoji Horiguchi out-landed Darrell Montague en route to taking a unanimous decision in their flyweight clash. The Japanese prospect out-landed his foe in every round but really picked up the pace over the final 10 minutes, when he held a 55-21 advantage in significant strikes.

.100: Significant striking percentage for Eddie Wineland in his first-round knockout loss to Johnny Eduardo. The former bantamweight title challenger landed just six of 56 significant strikes before bowing out 4:37 into round one. Meanwhile, Eduardo landed 11 of 20 significant strikes, a 55 percent clip.

2,394: Days since the Octagon last touched down in Cincinnati. At UFC 77, then middleweight champion Anderson Silva successfully defended his title in a rematch with Franklin.