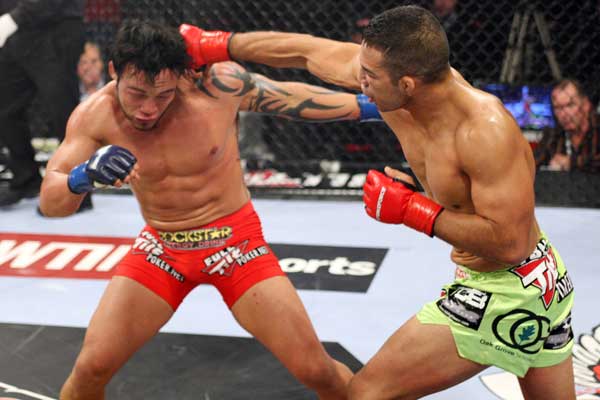 The unbeaten Evangelista and Gurgel put on the “Fight of the Night, as they went toe-to-toe in all three rounds. Gurgel came closer to finishing the fight, but Evangelista’s stand-up game and steady pace earned him the nod against the Brazilian jiu-jitsu black belt.

The first round started slowly, as the fighters tried to find their range. Evangelista worked a solid left jab and combined it with leg kicks that kept Gurgel at bay. In his first appearance since his controversial bout with Mike Aina, Evangelista switched from a southpaw to traditional stance, kept his hands low and looked for counter strikes. The Fresno native sealed the first round by landing a takedown late and finished the period by winging punches from inside Gurgel’s guard.

Evangelista looked strong early in the second, as he controlled his foe from top position. However, when the referee restarted the fight from a standing position due to inactivity, Gurgel caught Evangelista with a head kick and rushed in to capitalize. Evangelista ended up on top but found himself caught in a deep arm-in guillotine choke. He eventually escaped but had no time to get any offense going before the bell.

The third round brought more stand-up action. Gurgel seemed to find his range but could not evade Evangelista’s right hand. Evangelista landed a takedown near the end of the round to seal the victory.

In the co main event, Shane del Rosario submitted local heavyweight Brandon Cash with an omoplata 2:57 into the first round.

Cash came out strong, leveling del Rosario with a brutal right hand. Cash followed him down to the ground and unleashed more power shots. The referee stepped in to stop the fight but backed off when del Rosario showed he was still conscious and in the fight.

Del Rosario tried a triangle, which Cash defended, before he transitioned to an omoplata that forced the tapout.

Meanwhile, Luke Rockhold was successful in his showdown with “The Ultimate Fighter” Season 7 finalist Jesse Taylor. Team Quest’s Taylor had a one-track mind, as he took the fight to the mat. However, when the battle finally hit the ground, Rockhold took Taylor’s back, locked on a body triangle and cinched a rear-naked choke, forcing Taylor to submit 3:42 into round one. 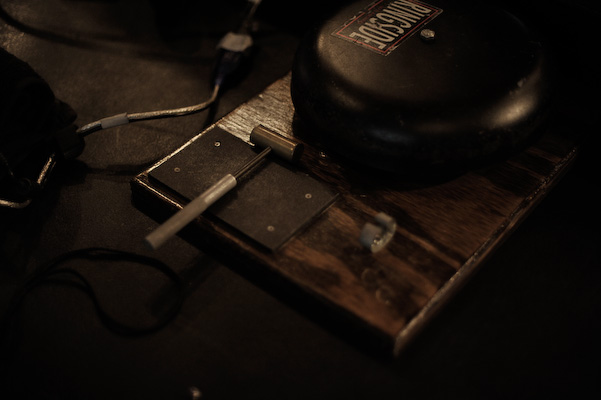