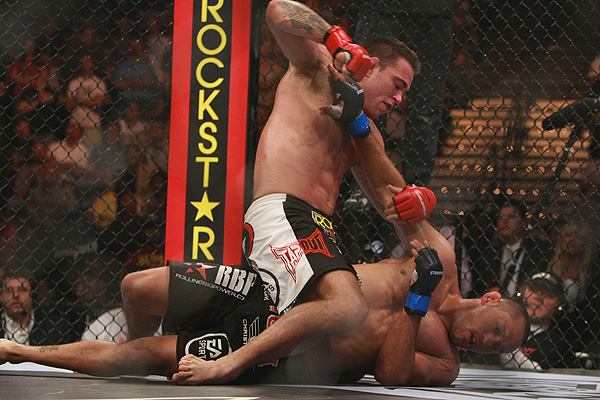 
Jake Shields is starting over at age 35.

Jettisoned by the Ultimate Fighting Championship in April, the former Shooto, Strikeforce and EliteXC titleholder will make his first appearance in the World Series of Fighting on Saturday, when he confronts Ryan Ford in the WSOF 14 headliner Edmonton Expo Centre at Northlands in Edmonton, Alberta.

Shields last fought at UFC 171 in March, when he dropped a unanimous verdict to onetime Bellator MMA champion Hector Lombard at the American Airlines Arena in Dallas. A Brazilian jiu-jitsu black belt under Cesar Gracie, he has often been the target of criticism for a grinding style that has led to 16 decisions among his 29 professional victories. Still, there is no discounting Shields’ success. Included on his lengthy resume are wins over former two-division Pride Fighting Championships boss Dan Henderson, onetime World Extreme Cagefighting champion Carlos Condit and ex-EliteXC titleholder Robbie Lawler. Between Nov. 12, 2005 and Oct. 23, 2010, Shields won 15 consecutive fights.

Ford will step into the cage on the strength of a six-fight winning streak. He last appeared at a WSOF Canada event in February, when he knocked out Joel Powell in 53 seconds. The 32-year-old Canadian operates out of the Tristar Gym in Montreal, where he trains alongside Georges St. Pierre, Rory MacDonald and others. Ford has secured 20 of his 22 career victories by knockout, technical knockout or submission.

With the Shields-Ford main event as the centerpiece, here are 10 facts surrounding WSOF 14:

FACT 1: Hard Drive MMA’s Derrick Mehmen was an NJCAA All-American wrestler at Ellsworth Community College in Iowa Falls, Iowa, before finishing his amateur career at the University of Iowa.

FACT 3: When Ultimate Fighting Championship and EliteXC veteran Jared Hamman climbs into the cage, three years, one month and 27 days will have passed since his most recent victory, a technical knockout over C.B. Dollaway at UFC Live 5.

FACT 5: Two of Tim Hague’s 27 career bouts have ended inside 10 seconds: a nine-second victory over Jared Kilkenny in King of the Cage “Brawl in the Mall 3” and a seven-second loss to Todd Duffee at UFC 102.

FACT 8: Hayabusa Training Centre export Luke Harris has never fought beyond the first round. His longest fight, a March 2012 submission win over Brandon MacArthur under the King of the Cage banner, lasted 4:08.

FACT 9: Luis Huete has won five fights by submission: four by rear-naked choke and another by armbar.

FACT 10: Sandy Bowman, 43, has not competed since October 2011, when he struck Eric Esch, the man better known as “Butterbean,” into submission at a Prestige Fighting Championship event.