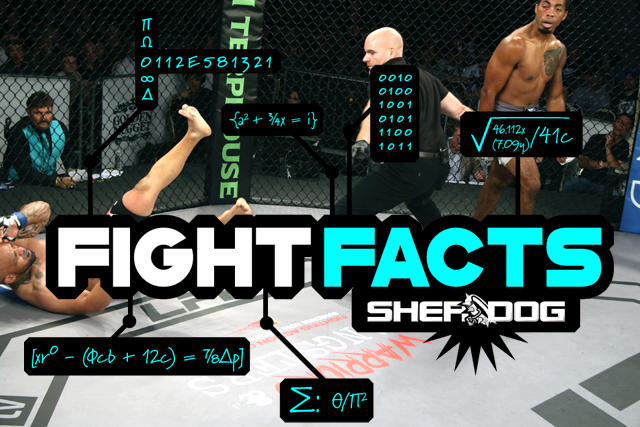 Heading to New Jersey for the first time on Friday, the Legacy Fighting Alliance staged its 50th event at the Golden Nugget Hotel and Casino in Atlantic City. LFA 49 featured one of the latest stoppages in the promotion’s history, a rare main event showdown between two undefeated fighters and a competitor knocking out opponents left and right on a mission to get to the Ultimate Fighting Championship.

FIFTY IS NIFTY: In less than two years, the LFA has held 50 events across the country including 49 numbered events and one Fight Night. It hosted its first 50 events faster than several major promotions, including the UFC, World Extreme Cagefighting, Bellator MMA, Strikeforce, Pride Fighting Championships and One Championship.

FIRST IS THE WORST: In a promotion that holds a first-round finish rate of just under 35 percent, about seven percentage points higher than the UFC, Stephen Regman’s first-round knockout of Will Santiago Jr. broke a streak of 20 straight recorded fights that went beyond the first round, spanning from LFA 46 to LFA 49.

CRAZY EIGHTS: LFA 49 was the fifth event in company history to feature two undefeated fighters facing off in the main event. All five of the winners of those matches have held 8-0 records coming into their bouts.

WELTERWOW: In 50 events, the LFA has scheduled 16 welterweight main events, accounting for more than twice as many as the next most frequently scheduled weight class: middleweight, with seven.

ALL IN FAVOR: LFA 49 tied LFA 4 and LFA 46 for the most bouts decided by unanimous verdict with five. It also tied seven other events for the second most decisions in LFA history, with LFA 9 leading all events with seven bouts reaching the scorecards.

FORGOTTEN MORE THAN YOU’LL EVER KNOW: A veteran of Bellator, the World Series of Fighting and CES MMA, Saul Almeida came into his bout with Andy Main with nine career losses. He held as many defeats on his record as his opponent and the final four fighters on the card combined.

CAN YOU REGULATE?: With one punch, Regman knocked out Santiago. Regman now has stopped his opponent in eight of his nine wins throughout his career.

RECTIFIED: Previously victorious at LFA 46 by knocking out his opponent with a stomp to the body, the Virginia Advisory Board of Boxing, Martial Arts and Professional Wrestling overturned Ahmet Kayretli’s win over Shaun Spath to a no-contest as the fight-ending blow was ruled illegal. Kayretli returned to his winning ways at this event by besting Andrew Salas on the scorecards.

HAIR OF THE DOG: Submitting Patrick Rivera by rear-naked choke with 11 seconds left in the third round, Dakota Bush picked up the fourth latest stoppage victory in LFA history.

NEVER SAY NEVER AGAIN: Coming into LFA 49, the LFA had never held an event in New Jersey, Tanner Saraceno had never been to a third round (nine fights) and Urbina had never been defeated (five fights).