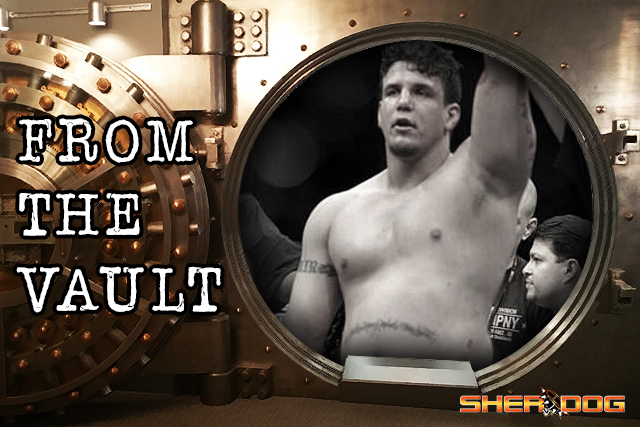 Jake Rossen was a machine. If you were a Sherdog reader during his 2005-10 tenure, as I was, you may remember some days that he seemed to dominate the entire front page, and in fact, he racked up a staggering 650 bylines in 2009 alone. He manned several recurring columns that exist in some form to this day, including Post-Mortem, currently written by Keith Shillan, and Minute by Minute, featuring yours truly.

However, if you were there for Rossen’s heyday, his prolific output is probably not the first thing that comes to mind when his name comes up. In fact, depending on your personal relationship with his body of work, your blood pressure may have spiked just now. Rossen was, for lack of a better word, a troll, perhaps the most successful of his kind ever to grace—or disgrace, depending on how you felt about him—the orange and black.

Actually, “troll” is a bit unfair because that implies that Rossen said things he didn’t really feel in order to get a reaction, and you never got the feeling that he was insincere. What he did do was take his honestly held opinions on MMA, many of which were controversial and a few of which were frankly dumb, crank the volume up to 11, phrase them as bluntly and brutally as possible and then pile on as many punchlines as would fit. He may not have been a troll in the conventional sense, but he was Sherdog’s all-time king of poking hornets’ nests with sticks. His prolific output is even more remarkable because he wasn’t a news writer. Almost all of his 1,200-plus articles for Sherdog were either op-eds or features, meaning that he spent five years spraying his opinions all across the front page like a cartoon character with a firehose. Heaven help us if Sherdog had installed comment sections while he was still on staff.

By the time the article I’m presenting today dropped on March 13, 2007, I had been a serious fan of MMA for three or four years and an avid Sherdog reader for nearly as long. While I was still years away from working in the sport in any professional capacity, I pictured myself as some sort of fight game sophisticate, a connoisseur on a different level than the “TUF noobs” who had descended upon MMA in the wake of Forrest Griffin and Stephan Bonnar’s historic slugfest. Certainly I thought myself too evolved to be gotten to by the likes of Rossen and his snarky verbal takedowns. Oh, but how wrong I was.

“Nine Who Need to Hang Up the Gloves” is a 1600-word op-ed as simple and straightforward as its title: a list of nine active fighters who, for a variety of reasons, were counseled to stop fighting. For the record, they were David Abbott, Dan Severn, Elvis Sinosic, Mark Coleman, Kevin Randleman, Wesley Correira, Frank Mir, Mark Kerr and Shannon Ritch. He also told Alistair Overeem to take a vacation and took a swipe in passing at Kazushi Sakuraba.

Considering how many of those fighters were all-time greats, historically important or very popular, it’s hard to imagine a way to attract hate mail more efficiently. And while there were no comment sections on Sherdog until 2011 or so, Rossen helpfully put his email address at the bottom of the article. I can only assume he donned a welding mask before opening his inbox each day.

It was one inclusion in particular that got my goat on that random Tuesday almost 13 years ago. While Rossen was on relatively safe ground telling 52-year-old Severn, fallen greats like Kerr or never-greats like Ritch to call it a career, Mir was 27 years old at the time and less than three years removed from his life-altering motorcycle accident. Back in 2003, he had been my first-ever favorite fighter, and by 2007, he was still at the top of the list, so I was incensed—in the way only a truly irrational fanboy can get—by the suggestion that Mir was washed up. I don’t remember whether I sent a strongly worded email to the address Rossen so helpfully provided, but I damn sure composed one in my head about a half-dozen different times.

By the time the article was two years old, both Rossen and I looked or felt pretty silly. Me, because I eventually did evolve to a point at which my emotional investment in individual fighters took a backseat to love of the sport as a whole; and Rossen, because Mir had defied adversity, rumor and expectation to mount one of the greatest career comebacks in MMA history. True to form, Rossen issued a hilarious and self-effacing mea culpa in the wake of Mir’s second UFC title win. Say what you will, but Rossen was not a hypocrite and was never afraid to be the butt of the joke.

As I was preparing to write this column, I re-read Rossen’s original for the first time in several years. It made me smile today just as it did the last time, a reminder of one humorous milestone in my development as an MMA fan and eventual media member. Moreover, with the exception of Mir, Rossen was right about a lot of those guys, and I don’t say that easily. My discomfort with the idea of telling fighters when they should retire is a major theme of literally the very first column I ever penned for Sherdog. However, when you peel away his layers of snark, the rationale behind many of Rossen’s choices, including Severn, Mir, “Cabbage” and the late Randleman, was the fighters’ own long-term health.

Tonight, I raise a glass to nine who were told to hang up the gloves and to the one who told them: Jake Rossen, Sherdog’s resident gadfly, firebrand, insult comic and hot-take guy of the late 2000s. If he were still around, I’d make the cranky bastard do a series of point-counterpoint columns with me.

Read >> Nine Who Need To Hang Up the Gloves

« Previous Opinion: WEC Is Turning 15, So Let’s All Make Fun of It Next From the Vault: Ian McCall’s Violent Delights »