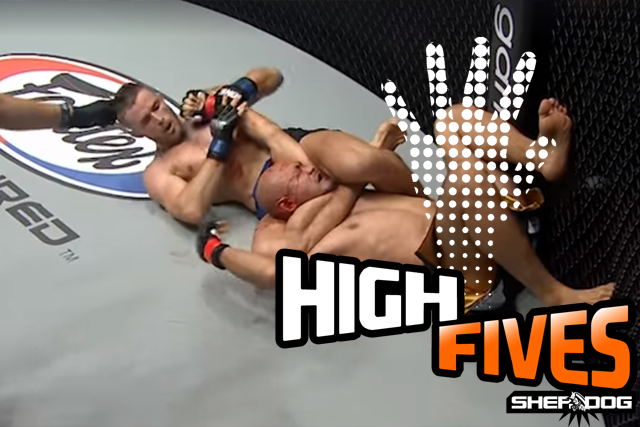 UFC 231 was not the only big show this past weekend, Dec. 7-9. Friday’s One Championship “Destiny of Champions” card at the Putra Indoor Stadium, in Kuala Lumpur, Malaysia, boasted some emphatic finishes. And in South Africa on Saturday, there was an exciting heavyweight duel at Extreme Fighting Championship 76 at Time Square Casino, Pretoria, Gauteng.

On the regional scene, the lightweight championship was on the line at Legacy Fighting Alliance 56, at Mystic Lake Casino Hotel, in Prior Lake, Minnesota, on Friday.

DOMINANT DISPLAY … The One Championship main event was a welterweight showdown between Kyrgyzstan’s Kiamrian Abbasov and Malaysia’s Agilan Thani. In the early going, the Kyrgyz laid on the pressure with heavy punches on the feet and a pair of takedowns. The beginning of the end came from an Abbasov right side elbow, left hook to the head combination, which dropped Thani to his knees close to cage. After raining down strikes on his dazed adversary, Abbasov transitioned to the back and secured the fight-ending rear-naked choke, which forced Thani to tap at the 2:35 mark of the opening frame. With the emphatic win, the now 20-4 Abbasov served notice that he is a contender in One’s welterweight division. Meanwhile in defeat, opponent ‘Alligator’ fell to 9-3.

RARELY SEEN SUBMISSION … Also at One, Russia’s Vitaly Bigdash clashed with Japan’s Yuki Niimura at middleweight. Late in the first frame, Bigdash, having taken his rival’s back on the mat, set up a reverse triangle. The Russian then rolled to his back and extended his trapped foe’s arm for the rarely seen reverse triangle armbar. In emerging victorious, Bigdash, the promotion’s former middleweight champion, put the brakes on a two-fight skid and in doing so upped his record to 10-2. Defeat saw “Yu-King” drop to 12-5.

HEAVY HANDS … The EFC 76 card featured a heavyweight contest between England’s Stuart Austin and South Africa’s Andrew van Zyl. The first stanza was drawing to an end when an Austin right uppercut, left hook to the head, backed Van Zyl to the fence. From there the Englishman finished proceedings with a right hook, right uppercut, left hook to the head combination which sent the South African plummeting to the floor. The referee stepped in to prevent further damage. With the win, “He-Man” rose to 13-5, while ‘One Gear’ slid to 16-5.

BRUTAL BEATDOWN … In the LFA 56 headliner, American Austin Hubbard met Brazil’s Killys Mota for the promotion’s vacant lightweight title. The Brazilian dominated the first round with his boxing. But as the fight progressed, Hubbard gained the upper hand through superior cardio and a willingness to work his rival’s body with heavy blows. Late in the fifth and final frame, Mota was sat against the fence with Hubbard stood over him, dropping punches. Only 15-seconds was remaining in the bout when the referee finally stepped in and called a halt to the action. The beatdown should have been halted considerably earlier. In claiming the belt by TKO, Hubbard moved to 10-2; while in defeat Mota slipped to 11-1.

Good grief! What a mess at the end of a stellar performance by Austin Hubbard, who overcame the odds for the title at #LFA56!@lfafighting pic.twitter.com/fH4AIo0Yfx

GOODNIGHT GUILLOTINE … Also at LFA 56, Demarques Jackson clashed with Bobby Lee at lightweight. Jackson used effective boxing to good effect early on. A little over two-minutes into the opening stanza, the combatants were scrambling for position on the mat close to the cage, when Jackson grabbed a hold of the wrestler’s neck, rolled to his front and tightened the fight-ending guillotine choke which elicited the tap just 2:11 into the contest. With the victory, “Scrap Iron” improved to 10-2. Opponent Lee dipped to 9-3.