Well, we made it, though it wasn’t always pretty. Professional Fighters League has its middleweight final, with No. 1-seeded Abusupiyan Magomedov and No. 2 Louis Taylor set to face off on New Year’s Eve for bragging rights and a cool $1 million.

For a playoff that ended up yielding a No. 1 vs. No. 2 title fight, however, these playoffs could not have been much weirder or, frankly, more tedious. To understand why, you don’t even need to scroll very far down this bracket; two of the four semifinalists advanced after drawing their first-round matches. If there is one takeaway lesson from PFL’s rules, in which the winner of the first round advances in the case of a draw, it is this: When one fighter needs a finish or a 10-8 round, and all the other fighter needs to do is not let it happen, it does not make for a very exciting second round.

On the other side of the bracket, the semifinal between Louis Taylor and John Howard, which was easily the most entertaining middleweight bout of the evening, ended in disappointment for pretty much everyone in the building except for Taylor. In the second round, an illegal knee to the head of a grounded “Doomsday” led to an extended cageside parley among officials, with Taylor, apparently thinking he was about to be disqualified, pacing around the cage in visible distress. Finally, the PFL think tank decided that the strike had been inadvertent and therefore the fight would go to the scorecards, where it was ruled a technical draw. Taylor advanced. 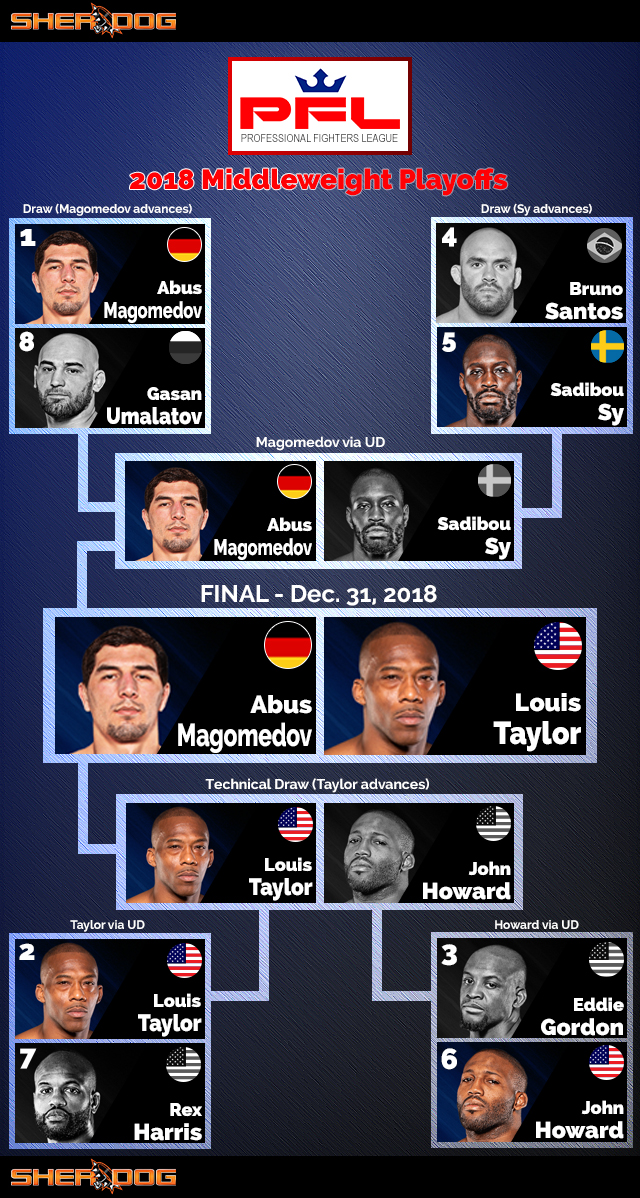