The table is set: when the dust settles, two of the eight men in this bracket will have punched their tickets to the Professional Fighters League finals on New Year’s Eve, where they will vie for the million-dollar grand prize.

Going into the regular season, welterweight looked to be one of PFL’s more intriguing divisions, and it has certainly been that, though in ways few could have foreseen. Ray Cooper III, the breakout star of the season -- and perhaps MMA’s breakout star of 2018, period -- bulldozed his way to the No. 1 seed on the strength of two resounding knockouts. One of his victims was the heavily-favored Jake Shields, one of the ten greatest welterweights ever and the early favorite to win the whole thing. Instead, Shields scraped his way into the final playoff spot where he will face none other than … Ray Cooper.

For that high-stakes revenge match alone, PFL 10 would be appointment viewing, but the event has plenty more on tap. 25 year-old Magomed Magomedkerimov, another of this season’s brightest lights, will seek to complete his transition from prospect to contender, while on the other side of the bracket, mid-season injury replacement Rick Story will attempt to throw more wrenches into everyone’s plans. 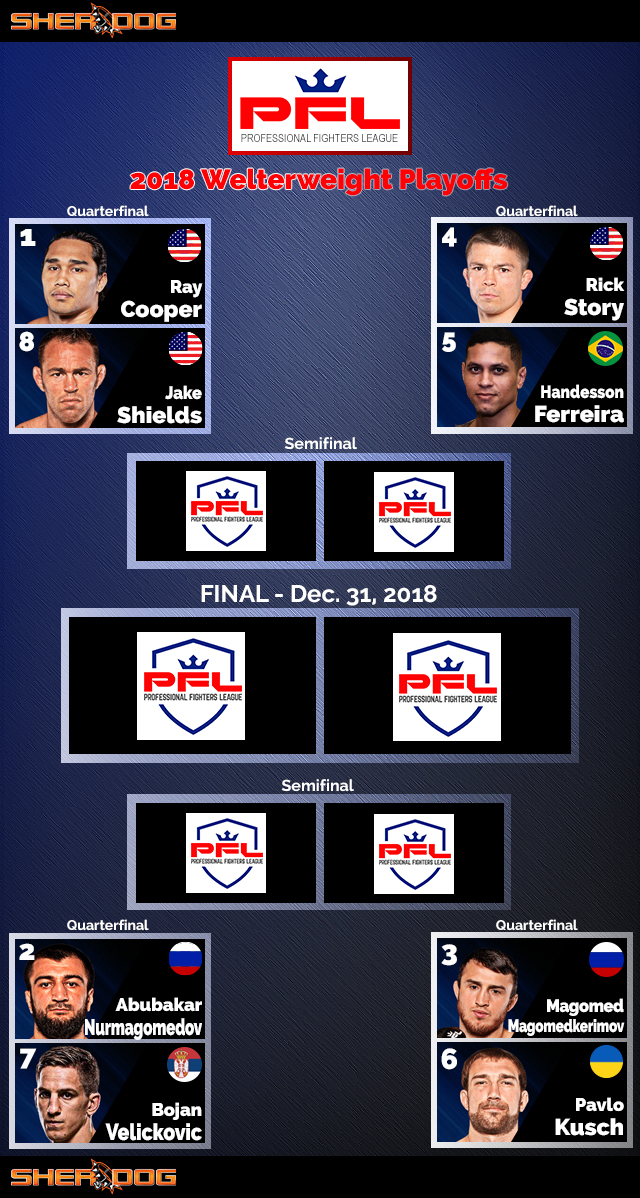