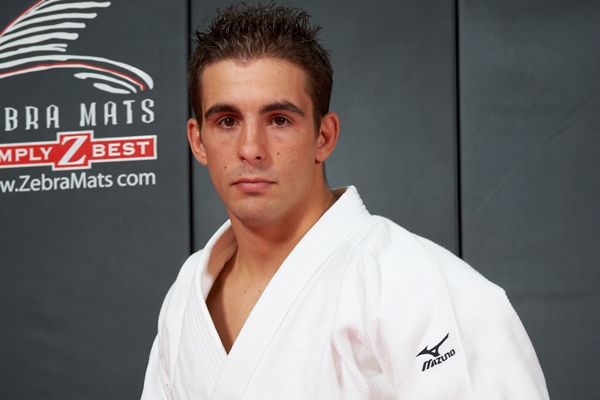 This summer’s London Olympics mark the 30th incarnation of the modern Olympic Games. The grappling arts have always held a prominent role in the Olympics dating back to the ancient games, when Pankration, a hybrid boxing and wrestling sport, was introduced at the Greek event in 684 BC. When the Olympics entered its modern age in 1896, officials concocted a Greco-Roman wrestling event with no time limits and no weight classes to be one of the nine sports athletes could compete in.

Grappling sports would evolve again in 1904 with the addition of freestyle wrestling and would not see another change until Judo was included in the 1964 Olympic Games.

The 2008 Olympics featured a trio of current MMA stars that donned the red, white and blue of Team USA in Beijing. The August 2008 games were the only place in the world where you could earmark three future MMA champions, all with 0-0 professional MMA records at the time.

While Georges St. Pierre was defending his status as the top welterweight in the world, a 24-year-old Ben Askren -- who surprised pundits by even making Team USA -- placed a respectable seventh in the 163-pound freestyle wrestling field.

In August 2008, heavyweight MMA still revolved around the comings and goings of Fedor Emelianenko. Future MMA heavyweight Daniel Cormier’s second Olympic Games ended in frustration. After he was named team captain, the former Oklahoma State Cowboy was unable to compete in the 211-pound bracket when he suffered kidney failure during his weight cut in Beijing.

Future movie star Gina Carano carried the torch for women’s MMA in the summer of 2008 as one of the faces of the Elite XC promotion. In Beijing, a 21-year-old Ronda Rousey lived up to pre-tournament hype with a bronze medal finish at 154-pounds in judo.

From the pressure cooker that is the Olympics to small regional MMA events, the crossover to the cage may be an even more attractive option than it was four years ago. After failing to make this year’s US freestyle wrestling team, longtime international competitors Shawn Bunch and Steve Mocco quickly traded in their wrestling shoes for four-ounce gloves.

In the race for top-flight wrestling talent, the relationship between USA Wrestling and MMA promotions remains cordial but distant. Between the 2008 and 2012 Olympics, amateur wrestling did pull off their most proactive move in decades with the cash-based Living the Dream Medal Fund. The fund was established to offer big-money payouts to any Team USA wrestler who achieved medal status at the World Championships and Olympic games.

Rich Bender, executive director of USA Wrestling, tells Sherdog.com the Living the Dream Fund has been a success. 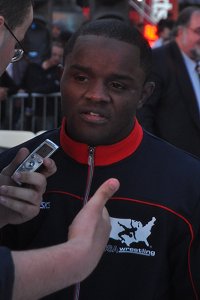 Chris McGuigan
Shawn Bunch has already inked
a contract with Bellator.
“Additional resources have been generated, the wrestling community has been engaged, and wrestlers have been rewarded for their success,” says Bender.

Bender uses the barometer of how many medals Team USA wrestlers bring home and how many elite athletes extend their careers in the sport to determine that the Living the Dream Fund is working. With hopes that more successful collegiate wrestlers will stick with their first sport, Bender says that the Living the Dream Fund’s status for the 2016 Olympics in Rio de Janeiro is “to be determined.”

Within in the judo community, MMA is still a relatively new friend -- or foe, depending whom you ask. MMA remains a polarizing topic with old-school judo players, but it appears the long-held stance has softened ever so slightly since the 2008 Olympics. Perhaps no one athlete in the 2012 London Games has a better perspective on the issue than Ivo dos Santos, an Australian judo player and MMA fighter who has written about his road to the 2012 Olympics on Sherdog.com.

“Four years back, MMA wasn’t really spoken about in judo circles,” Dos Santos says. “Everyone knew about [Yoshihiro] Akiyama and [Hidehiko] Yoshida, but when Ishii won the Olympic heavyweight gold medal -- which is judo’s equivalent of the 100-meter sprint, in terms of prestige -- and walked away to try his hand at MMA, it got many other judoka interested.”

“When I had my one and only pro fight so far, there was an old judo guy working for the combat sports commission. He berated me for about five minutes on how I was making judo out to be a thug sport and so on,” Dos Santos says. “It wasn’t really what I needed an hour before my first fight. There are still a few guys around with that attitude, but as MMA has become more mainstream and people understand it more, the attitude towards it has changed.

“Some of the traditional old guys now watch MMA and enjoy picking out the elements of judo displayed in MMA fights. I think in the next few years, it will have won the majority of them over.”

In athletic projections of future talents, there is never a sure thing or a perfect formula to unearth who will succeed at the highest levels of a sport. When it comes to the Olympics and MMA, having a hardened international pedigree is close to a soft bet as it gets for future in-cage success.

Dating as far back as the 1984 Olympics with USA gold medalist Mark Schultz, the varied Olympic runs of Rick Hawn and Dan Henderson, as well as the modern successes of Askren, Cormier and Rousey in entering the cage after their amateur careers were done; as MMA grows the connection back to Olympics may increase as well.

Below are six Team USA Olympians with the potential to turn the international spotlight into a long-term MMA career. Blue chip, five-star -- however you want to label him, freestyle wrestler Jordan Burroughs is both USA wrestling’s best gold medal hope and a potential MMA star. A two-time NCAA Division I champion out of Nebraska, Burroughs already found success on the international stage when he took home gold at the 2011 world champions a mere three weeks after his final college match.

Pound for pound, Burroughs may be the most talented grappler competing for Team USA, and if he fulfills his gold medal dreams, the former Dan Hodge Trophy winner would be major get for any MMA organization.

“Not the next Ronda Rousey, but the first Kayla Harrison” is a line the 22-year-old judoka may use if she decides to cross over into MMA. The first American woman since 1964 to become a world champion in judo, Harrison shares the same grappling coach as Rousey. The relationship between former sparring partners Harrison and Rousey has ranged from protégé to frenemy (one part friend, one part enemy).

Within the judo community, based on pure grappling skills, most expect that Harrison will and should surpass Rousey’s 2008 bronze medal performance.

In combat sports, it never hurts to have a good gimmick. Greco-Roman wrestler Coleman’s signature move, “the flying squirrel,” made him an Internet sensation: his successful leaping takedown has recorded more than 5,000,000 views on YouTube. Only 20 years old, Coleman is relatively new to the international scene, but he has a cult following and big-time athletic chops that would serve him well in MMA.

Another testament to the growing collusion between the sports of judo and MMA is Team USA’s Travis Stevens. A two-time Olympian, Stevens has supplemented his judo training with MMA work at the Renzo Gracie Academy in New York. Now a brown belt in Gracie jiu-jitsu, Stevens has hinted at a possible MMA move after the Olympics and has even trained with current UFC fighter Tom Lawlor in preparation for the Games.

A four-time NCAA All-American and Dan Hodge Trophy winner out of Northwestern University, Jake Herbert failed to make the Olympics in 2008. In 2009, Herbert took silver at the world championships. While in college, Herbert trained some MMA in the offseason and even worked with Andrei Arlovski at the former UFC champion’s Illinois gym.

After the games, you could potentially add Kelsey Campbell’s name to the list of successful former Arizona State wrestlers turned MMA fighters. Campbell wrestled for coach Thom Ortiz, the same man who recruited current UFC fighters Cain Velasquez, Ryan Bader and C.B Dollaway to the Tempe campus. Only the 13th female on an NCAA Division I wrestling team, Campbell shocked pundits by winning her weight class at the Olympic trials after nearly leaving the sport years earlier.

Prior to her underdog run at the Team USA trials, Campbell took a break from wrestling to train MMA at Rough House MMA in Colorado.