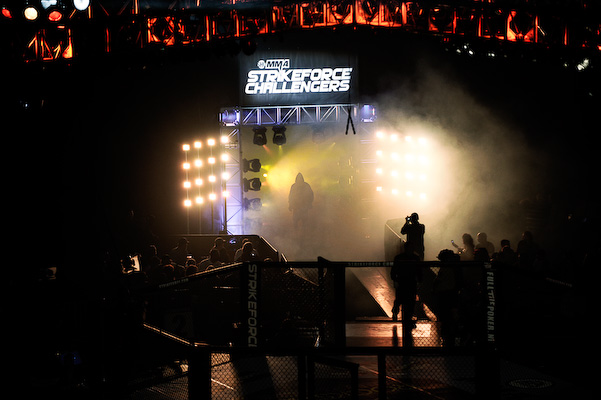 In the two decades since the Ultimate Fighting Championship was unveiled in Denver on Nov. 12, 1993, rivals have come and gone. Some sold out, cashing in while they could. Others drained their wells dry, unable to remain solvent. Bellator MMA and the World Series of Fighting are now nipping at the UFC’s heels, but considering past history, one has to wonder whether or not they can enjoy long-term success where so many others have failed:

Pride Fighting Championships: The Japan-based organization debuted on Oct. 11, 1997 and held 69 events, promoting approximately 588 fights. Pride helped catapult a number of MMA greats to global stardom, including Fedor Emelianenko, Mirko “Cro Cop” Filipovic, Antonio Rodrigo Nogueira, Kazushi Sakuraba, Wanderlei Silva and Dan Henderson. Bouts were contested in a ring and generally consisted of a 10-minute first round and five-minute second and third rounds. Judges scored fights in their entirety, not round-by-round. Pride reached its peak on Aug. 28, 2002, when it drew 91,107 fans to Tokyo National Stadium for Pride “Shockwave.” It was purchased by UFC parent company Zuffa in March 2007 and shuttered its doors seven months later.

International Fight League: Founded by real estate developer Kurt Otto and “Wizard” magazine founder Gareb Shamus, the IFL entered the MMA business on April 29, 2006 and featured a team-based concept in which individual fighters competed as part of five-man squads, much like the Davis Cup in professional tennis. In 2007, the International Fight League struck a deal with Fox Sports Net and MyNetworkTV, making it the first mixed martial arts promotion to appear regularly on broadcast television in the United States. Prosperity was short-lived, however, and the IFL went belly up in July 2008 after just 22 shows and some 240 bouts.

Strikeforce: The brainchild of kickboxing aficionado Scott Coker, Strikeforce joined the MMA fray in 2006 and rose from regional production to center stage as the UFC’s chief rival in a few short years. Strikeforce developed partnerships with NBC, Showtime and CBS and formed talent-share alliances with the Russia-based M-1 Global and Japan-based Dream promotions. Strikeforce went downhill after an embarrassing post-fight brawl involving Jason “Mayhem” Miller and Jake Shields marred a CBS broadcast in 2010. Less than a year later, Coker sold his company to Zuffa, which allowed Strikeforce to function as a separate entity until its 64th and final event in January 2013.

EliteXC: Headquartered in Los Angeles and fronted by boxing promoter Gary Shaw, EliteXC expanded the reach of women’s MMA. However, Shaw hitched his wagon to reformed street fighter Kevin “Kimbo Slice” Ferguson, who had become an underground sensation through a series of YouTube videos featuring him in bareknuckle brawls. Ferguson won his first three EliteXC fights, but following his 14-second TKO loss to Seth Petruzelli on network television, the company collapsed and put together only one more event. A number of high-profile fighters past through its doors before it closed for business in October 2008, from Jake Shields and Nick Diaz to Gina Carano and Cris Cyborg.

World Extreme Cagefighting: The WEC broke ground in June 2001 under the direction of Scott Adams and Reed Harris and remained a successful regional promotion until it was purchased by Zuffa some five years later. Under new ownership, it became a haven for lighter weight fighters in the 135-, 145- and 155-pound divisions. The WEC held 53 events and promoted roughly 600 bouts during its existence, providing an invaluable platform for fighters like Benson Henderson, Anthony Pettis, Urijah Faber, Dominick Cruz and others. It ceased operations in December 2010, officially merging with the UFC.