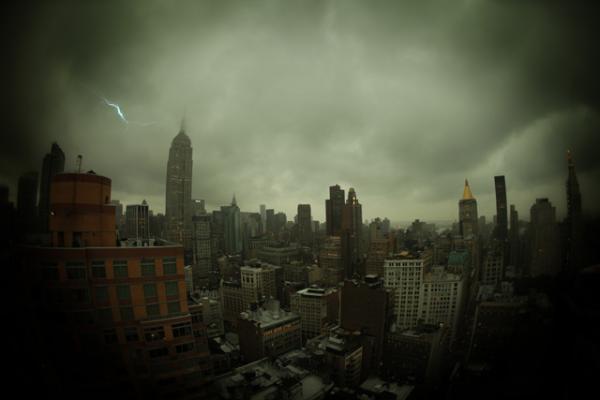 
Nearly two years after the Ultimate Fighting Championship debuted on pay-per-view, the organization made its first and only trip to New York on Sept. 8, 1995.

The event was a memorable one, as Marco Ruas became the first Brazilian not named Royce Gracie to win a UFC tournament. A well-rounded, athletic 200-pounder, Ruas put forth a dominant, versatile performance, famously utilizing foot stomps and low kicks in addition to his sharp boxing and grappling skills to triumph over the UFC 7 field. For fans in attendance at Buffalo’s Memorial Auditorium, Ruas’ victory and Ken Shamrock’s 33-minute draw with Oleg Taktarov in the event’s “super fight” serve as both the first and final Octagon memories in the Empire State.

While the UFC has become a high-powered, well-oiled marketing machine, back in those days the organization was synonymous with the term “human cockfighting,” thanks in part to Sen. John McCain, who famously spoke out against no-holds-barred fighting and reportedly wrote letters to all 50 United States governors requesting they outlaw the nascent sport. One of the many states that obliged the request was New York -- a development which forced then-UFC owner Semaphore Entertainment Group to move the location of UFC 12 to Dothan, Ala.

Presently, 49 states have accepted mixed martial arts thanks to the work of SEG, Zuffa, John McCarthy, Jeff Blatnick, Joe Silva, Dana White, Frank Fertitta, Lorenzo Fertitta, Marc Ratner and many more vital MMA contributors. The Unified Rules of MMA were instituted in New Jersey in 2000, and the sport has gradually evolved past its blacklisted reputation.

Nevertheless, New York remains opposed to regulated MMA. Bills introduced to overturn the ban have died in the State Assembly in four straight years, despite the propositions passing through the State Senate. Though Democratic Assemblyman Bob Reilly has become the de facto face of those opposed to MMA in New York, it has been Assembly Speaker Sheldon Silver who has controlled the legislation’s fate. Silver alone decides which bills will be brought to the floor for a vote -- a motion he has declined to make in this case, citing a lack of support within the Assembly.

While many have disputed that perceived lack of support, it has not changed the fact that the UFC’s lobbying efforts in the Empire State have thus far failed. This has not been for lack of trying, as the organization has spent significant time and money in its efforts while openly expressing hopes to hold a return show at Madison Square Garden.

Without regulation, New York’s MMA scene has gravitated underground. Unsanctioned amateur smokers have become the means by which the state’s MMA hopefuls test themselves. The New York State Athletic Commission does not oversee such events, meaning fighters are not required to undergo pre-fight medicals and blood work prior to competing behind closed doors.

Perhaps one day New York legislators will agree to legalize the sport. Until that day arrives, however, MMA fans will have to settle with repeating a clichéd but apt sports maxim: “There’s always next year.”