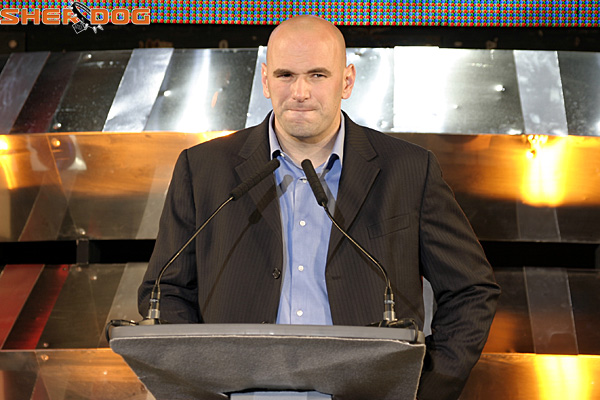 
Speak to mixed martial artists who were active in the early 2000s, and many will reminisce about how amazing the sport was in Japan. Like some far-off, mythical land where purses were life-altering and the art of grappling was fully understood by a knowledgeable audience, it was viewed as a mecca for MMA.

The distinction was not undeserved. In the days before the Ultimate Fighting Championship rose to global prominence, K-1 and Pride Fighting Championships proved martial arts-themed professional combat sports were a viable mass-market product in what was then the world’s second largest economy. One fact supports the claim: K-1 and Pride packed 91,107 spectators into an open-air Olympic stadium on a sweltering summer evening in August 2002. It remains the largest attended event in the history of combat sports and a testament to the heights MMA can reach.

Though a world away to English-speaking fans, the success of kakutogi -- a Japanese term referring to all hand-to-hand combat sports -- had a significant hand in turning the UFC into the MMA world power we see today.

In its first few events, Pride’s connection with the UFC remained understated. Rather than directly poach talent, Pride signed UFC champions of yesteryear like Dan Severn, Marco Ruas and Oleg Taktarov. In reality, Pride’s original purpose was to showcase former Universal Wrestling Federation star Nobuhiko Takada against Gracie Jiu-jitsu’s number one son, Rickson Gracie. Japanese fans viewed Gracie as nigh invincible after he conquered their best in the Vale Tudo Japan series in years prior. However, with Takada failing in two attempts to beat Gracie, Pride shifted its priorities toward developing a viable roster beyond the wrestler. 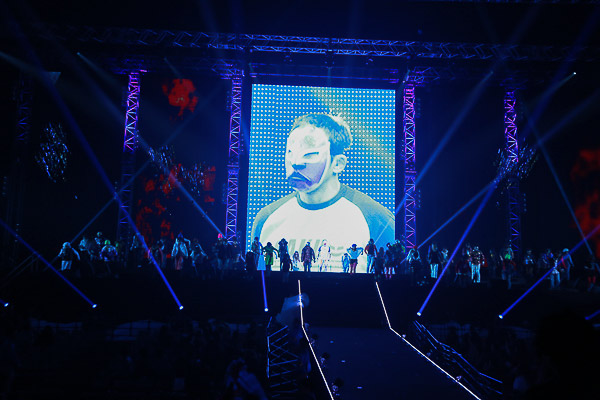 Sakuraba became an immediate albeit unsuspecting star, as he redeemed Japanese fighters in a way the older Takada could not. He defeated four Gracies -- Royler, Royce, Renzo and Ryan -- at their own submission grappling game. Against Silva, however, the wily Japanese grappler met his match. There, the Pride-UFC rivalry began in earnest.

Silva became an unstoppable force in Pride’s 205-pound division, obliterating every Japanese adversary the promotion threw his way. While it made Silva a fan favorite, many across the Pacific protested that his dominance could not be legitimized until he fought someone with whom they were more familiar. Enter UFC President Dana White, who came to Japan to make such a fight happen, no matter the cost.

Chuck Liddell, fresh off his failed title bid against Randy Couture, was tabbed for the job. Liddell had participated in Pride once before – he had knocked out Guy Mezger in May 2001 – but this time would be different. He was sanctioned and sponsored by an accompanying White, and the UFC president offered a $250,000 wager to Pride President Nobuyuki Sakakibara that Liddell would defeat Silva.

Brash as it sounds, there was a utility to the bet, as it would ostensibly encourage Sakakibara to make the fight happen. Thanks to the enthusiastic press Pride was receiving online and in the nascent MMA media sphere, it was incumbent upon the UFC to prove it had a superior product. There was simply no more visceral or direct way to do so than to have one of the UFC’s best crush Pride’s best.

Recognizing the motivation behind the wager, Pride refused to let the fight happen so easily. Sakakibara offered instead to enter Liddell into Pride’s 2003 middleweight grand prix, stating that if White and Liddell were so confident, “The Iceman” could meet and defeat Silva in the tournament. Liddell’s first obstacle was Dutchman Alistair Overeem, whom he knocked out in a little more than three minutes. On the other side of the bracket, Silva demolished Sakuraba for a third time, knocking him out in 5:01.

However, White was setting himself up for disappointment.

“I’m a basket case over this whole tournament,” he told DirecTV, Pride’s American broadcast partner. “I want Chuck to win so bad it’s driving me insane. I wish it was tomorrow, and I can’t wait till this thing is over.” 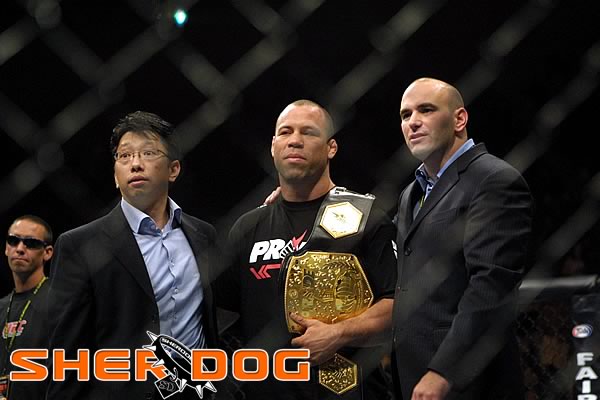 Photo: Jeff Sherwood/Sherdog.com
White long had Silva in his sights.
Unfortunately for White and Liddell, the situation went south. While Silva advanced as expected, Liddell’s corner threw in the towel during his grueling semifinal bout against Quinton “Rampage” Jackson. Silva then defeated Jackson in the tournament final.

The UFC’s involvement in the grand prix was significant in that it was essentially the end of any true collaboration between the promotions. While a hardened White reiterated to the media that “the Japanese are difficult to deal with,” it reinforced the UFC’s resolve to build its own brand of fighters.

MMA pundits will also recall the UFC’s ruthless roster pruning, the purpose of which was to find and retain only the very best fighters in the sport. As a result, the rivalry debate only intensified as the UFC and Pride steadily built empires of elite talent.

MMA fans came closest to having their cross-promotion wishes fulfilled in February 2007, when Nick Diaz debuted in Pride after essentially leaving the UFC to pursue venues beyond the Octagon. Pride immediately put its freshest UFC veteran to work, pitting Diaz against its lightweight champion, Takanori Gomi, in a non-title bout at Pride 33. It did not go according to plan, as Gomi submitted to a flashy Diaz gogoplata. Though history scrubbed the loss from Gomi’s record when Diaz failed his post-fight drug test, their encounter provided more fuel to the Pride-versus-UFC debate. 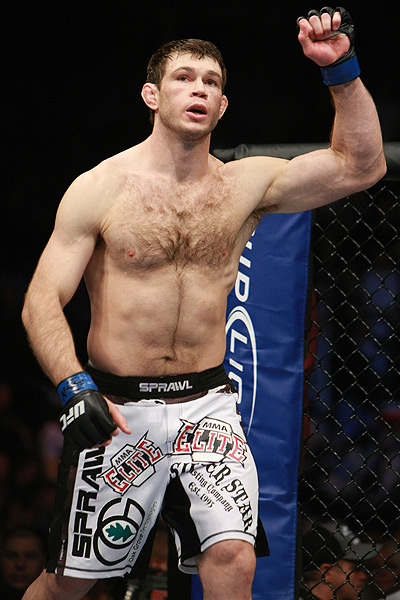 This half-hearted final attempt at cross-promotion aside, the rivalry lived on following the sale, as Pride’s rich stable of fighters made its way to the Octagon.

In a particularly gut-wrenching loss for Pride fans at UFC 76, Rua was manhandled and submitted by “The Ultimate Fighter” Season 1 winner Forrest Griffin -- a light heavyweight that, up until then, had been unduly overlooked by Western media and fans because of his reality television background.

Of course, the fortunes of several Pride fighters have since reversed. “Rampage” became the UFC light heavyweight champion and unified the Pride and UFC titles; “Shogun” briefly held the 205-pound crown a few years later; Dan Henderson has enjoyed a good run in the middleweight and light heavyweight divisions; an indomitable Mark Hunt catapulted himself into the heavyweight title picture; and Silva, Gomi and Antonio Rodrigo Nogueira, while far from the winningest Pride alums in the Ultimate Fighting Championship, also still maintain a strong presence in the Octagon.

Still, there remains a sense that MMA fans have missed out on what could have been. Though the infusion of Pride talent into the UFC roster helped bolster its promise to deliver the best fights between the world’s premier fighters, fans and pundits could not help feeling that some matchups came a little too late -- or not at all.

Perhaps the most elusive blockbuster of the Pride-UFC rivalry was a heavyweight showdown between Couture and Fedor Emelianenko. Hope remained that the heavyweight stars would meet someday, particularly after the dissolution or acquisition of the three promotions to which Emelianenko’s management signed him after Pride. However, White eventually lost interest in Emelianenko after “The Last Emperor” was soundly beaten three times in the Strikeforce promotion.

In hindsight, it is hard to deny the UFC ultimately won this cold war. It is the last major promotion standing after 20 years in the business of bruising. Beyond its fighters, Pride’s legacy is slowly fading such that even its short-lived spiritual successor, Dream, could do little to stem the inexorable tide of cages and Unified Rules from taking over the world.

Perhaps it is for the best, given the problems Pride presented to the evolution of MMA: freak show fights, a moratorium on elbows, opaque judging criteria and processes and the eccentricities of ring-based MMA, such as mid-fight referee repositioning of fighters who became entangled in the ropes. Its existence in today’s streamlined MMA would be anachronistic, but for the time it did exist, it brought out the best in the sport and shaped today’s UFC.

The pageantry of Pride will never be forgotten, nor will the heady highs it saw in Japan during the Kakutogi Boom. Even in death, those are the bars the sport of MMA and the UFC can one day aspire to reach again.