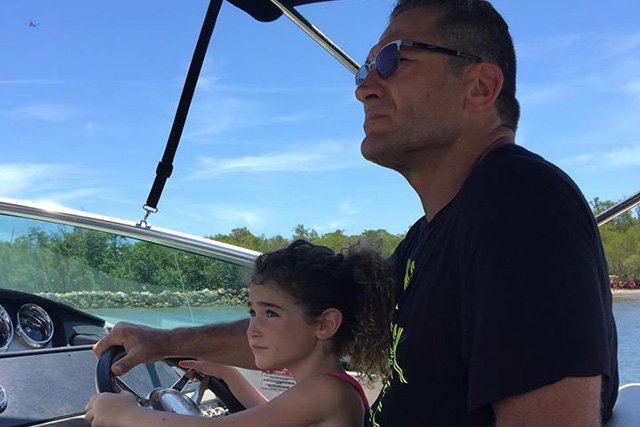 Moti Horenstein was the first Jewish fighter to compete in the UFC.


Perhaps it is human nature that we endow the negative spectrum of emotions -- grief, loss, depression -- with a sense of clarity that happiness and elation do not seem to warrant. Indeed, the war stories of aging fighters tend to read as an obituary of nostalgia, arthritic hands clutching an emptied bottle of malt liquor for the glory days of old. Positive feelings seldom make appearances in the chapters of former pugilists, and when they do, they are often born out of tragedy.

Then there are fighters like Moti Horenstein. Such narratives have never seemed to define him. While the 51-year-old is no stranger to trying circumstances, Horenstein has found his path by cultivating the positivity instilled in him through martial arts.


Decades before he started dishing out pain in martial arts competitions, Horenstein’s first act upon entering the world was to nearly kill his mother.

“I was a big baby,” he said with a laugh. Horenstein was reportedly 12 pounds at birth, causing brief dystocia -- obstruction that can be fatal for both mother and child. Though he and his mother both survived, the threat of death would loom over much of his youth. Horenstein was a product of 1960s Israel, a post-World War state that was perpetually at war with its neighbors. While still a child during the onset of the Six-Day War against Egypt, Jordan and Syria, there was an implicit understanding among all young Israelis that they would eventually inherit the fruits of conflict through compulsory military service.

“Living in Israel was living in the war zone,” Horenstein said. “Every day, every way, you were on the lookout. People from in and out the country could attack you.”

Yet, in what is truly a testament to the powers of martial arts -- and good parenting -- Horenstein fondly remembers his youth in a halcyon blur of adolescent impatience and exploration. He began learning martial arts at the age of 5. His influence is not all that surprising: “I saw Bruce Lee and that was it.”

Mesmerized by Lee’s adaptation of ancient kung fu techniques, his parents enrolled him in krav maga, a relative newcomer to the world of martial arts, though not dissimilar in nature to Lee’s jeet kune do in its attempt to blend several fighting traditions into a single potent form. As a young boy, Horenstein spent much of his time in what he described as an “old school” gym, immersed in the desert heat and with the taste of dried blood on the used equipment and pads wafting through the air. It was not an idyllic setting for a small child, but during a period in which Israel suffered from several terrorism fatalities per month, the controlled violence of the gym was no doubt the better alternative. Horenstein did not exactly appreciate his haven at the time. 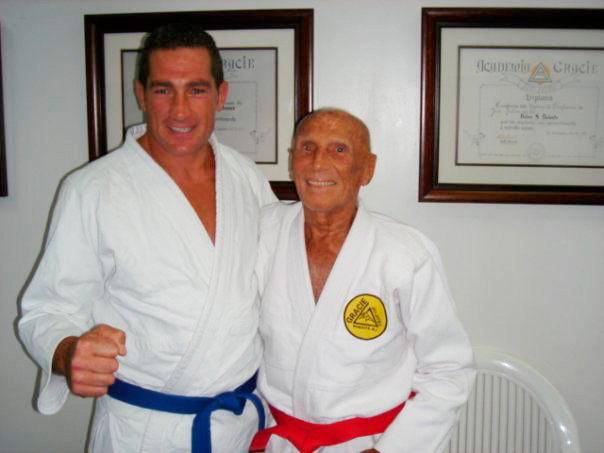 (+ Enlarge) | File Photo
Horenstein believes more honor
is needed in MMA.
“I wanted to quit all the time,” he said, “but my family was strict and made me stay in because they knew I had potential.”

Potential aside, Horenstein’s parents were not terribly concerned about the actual technical skill that he was learning.

The exposure paid off, and when Horenstein received his black belt at 15, he began helping out in classes: “I wanted to go every day.” And he did, continuing his training even when the military came knocking.


Late into his teens, Horenstein began his military service, a 39-month stint during which he “had to do whatever was necessary” to defend his country, including involvement in multiple combat situations. While in service, Horenstein sharpened his skills by training fellow soldiers in krav maga. Since Israel was in the middle of war, it took longer than usual for the military to relieve him, but when it did, it did not take long for Horenstein to dive into martial arts tournaments. After winning three consecutive Champion of Israel Krav Maga heavyweight titles, Horenstein sought greater competitive opportunities in America. He permanently uprooted at age 25, settling in New York.

By the early 1990s, Horenstein had tallied world championships in kickboxing and karate while simultaneously starting and running three gyms. Needless to say, it was a busy time.

“It’s not like today where you get paid so nice you don’t have to work,” he said. “Back then, we had to work while we were professional fighters.”

Despite his success, the totality of his schedule took a toll on his personal life.

Though his relationship with his wife at the time began to strain, he received a call from a new martial arts tournament: the Ultimate Fighting Championship. Horenstein only needed a single word -- crazy -- to describe what it was like.

“At the time, [there were] all kinds of different competitions, but nothing like that,” he said. “There were no rules, no gloves, no time limits, everything [was] allowed. It was crazy.”

Even as a world-class striker, Horenstein’s bouts with Mark Coleman at UFC 10 in July 1996 and Mark Kerr at UFC 14 a year later earned him the dubious moniker of being the “most dicked over fighter” in UFC history. He suffered two first-round losses to the wrestling powerhouses and never fought for the promotion again. Though he never got a chance to showcase his striking, no bitterness lingers.

“I know where my place is,” he said, “and I never fought a wrestler before. It was my weakness.”

Motivated by those defeats, he is now a jiu-jitsu black belt. That should come as no surprise. Martial arts had always been a vehicle for finding his weaknesses and improving them. He would go on to compete in martial arts tournaments, mixed and otherwise, until 2007. Shopworn from nearly three decades of high-level competition, he knew it was time to hang up the gloves.

“My knees are messed up, my shoulders, everything,” he said. “It’s the time to preserve now.”

What Horenstein is determined to preserve means everything.


World champion. First Jewish fighter to compete in the UFC. World record holder (for most baseball bats broken in a minute). Grandmaster. Few people are ever crowned with any of these descriptions, and while they continue to be points of pride for Horenstein, the titles that truly matter to him stem from a sense of humility instead of accomplishment: father, husband and teacher.

“Right now, with what I’ve put together,” Horenstein said, “I want to travel around, spread and share my knowledge and my passion with other people.”

As a world champion in six different martial arts, his knowledge is nonpareil. However, it is his passion that drives him, not just for martial arts but for the inherent good that comes from genuine martial arts practice.

“[I want to promote] integrity and respect for martial artists,” Horenstein said. “I did [martial arts] to learn, improve my skills and get better as a fighter and as a person.”

This mentality stands in stark contrast to what he experienced during his MMA career.

“I was never in the fight to hurt or kill someone,” Horenstein said. “Guys like Coleman and Kerr, they had the killer instinct in their eyes. That was never me. I went to see how good I was, how good I could do and how I could get better. That was my intention.”

Horenstein currently resides in Florida. He still has a school in New York, as well as two in Florida, with two more on the way. Walk into his training centers, however, and you will not find the typical fight-first mentality found in many MMA gyms. Like the man himself, Horenstein’s gyms focus first and foremost on the traditional goals of martial arts: discipline and self-improvement.

“I hope to inspire people to do more martial arts and not just have the mindset of winning fights and hurting other people,” he said. “[I want to] spread more discipline and have more good people out there. The more people doing martial arts, the better world we’ll have.”

Horenstein remains a fan of modern MMA and has tremendous respect for the athletic ability of fighters today, but he feels a deep conviction to provide the traditional moral structures that he sees missing in far too many MMA outposts. The recent woes of former UFC champion Jon Jones -- he was stripped of his title following a hit-and-run arrest -- illustrate his purpose and sense of urgency.

“That’s why I’m always talking about discipline and being a good person,” he said. “Jon Jones started martial arts at 13, 14. In a couple of years, he became a champion; and then you have [his legal situation]. Normal human beings shouldn’t be doing that. It’s not real life.”

“
Today there’s no traditional bowing
and respect. You just go to the gym
and learn to fight. When we start
losing that thing where we get people
to be better people with martial arts,
we’re going to be in trouble.

This comes from a man whose real life has entailed extreme obstacles that most people could not fathom experiencing, a man who was able to buoy himself through those challenges by what was instilled in him early on from krav maga practice: discipline, self-improvement and positivity.

“Today there’s no traditional bowing and respect,” Horenstein said. “You just go to the gym and learn to fight. When we start losing that thing where we get people to be better people with martial arts, we’re going to be in trouble.”

Serving as a positive example, especially for young people, is all the more important to him now that his family is growing -- older and in number. With two sons, two daughters and another child on the way, Horenstein’s dedication to his family has never been more important. Though he wants them all to grow up with martial arts in their lives, he has no dreams of seeing them fight professionally.

“I’m trying to instill the martial arts in them, but after what I fought through, I’m not interested in them fighting,” he said. “You can make a better life and so much more money doing other things.”

Though Horenstein has a fascinating rolodex of memories and life experiences, he does not linger in the past for too long. He has taken what is most meaningful from those moments, the positivity and hopefulness that saw him through each challenge he faced in and out of the ring, and looks to the future to sow those same seeds in newer generations.