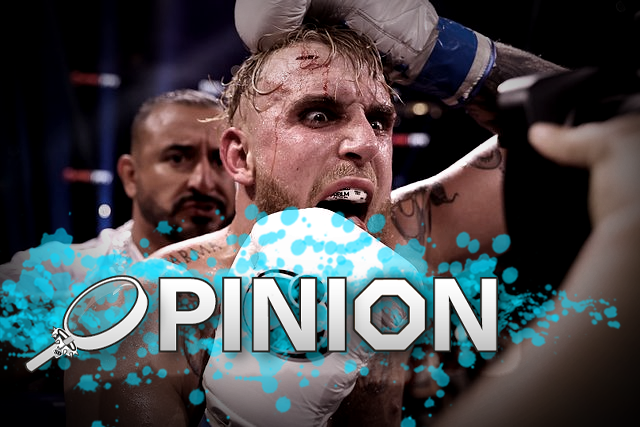 I never have a shortage of ideas for columns. However, when deciding between two heady topics this week, I suddenly thought, why not have a little fun to begin a new year? With that in mind, here are two predictions for MMA in 2022, one serious and one silly.

At least one Top 10 UFC fighter will jump to Bellator


The prevailing belief is that the Ultimate Fighting Championship is doing well financially while Bellator MMA may not be. However, that hardly matters with regards to this prediction. Not only has the UFC hard-capped the revenue that goes to fighters at a pathetic 20% and banned individual in-cage fighter sponsorships since 2016 while sharing none of its hundreds of millions from companies like Crypto.com, but its entire business model is based around having only a few stars per card. I've written before about how weak the UFC cards have become, and we can expect more of the same in 2022. The promotion let an expensive veteran like Kevin Lee leave, but stuffs cards full of Dana White's Contender Series alums and glorified journeymen, many whose inclusion in the organization would have been inconceivable even a few years ago. Consider that Isaac Villanueva already has five fights in the UFC, making a mockery of the term “UFC caliber.” Thus, while Bellator is making a small fraction of the money the UFC does, a fighter can often make more money in Bellator, since the promotion shares about 45% of its revenue and allows individual sponsors. Additionally, Bellator fighters are free to compete in boxing or kickboxing matches, which is attractive to a number of potential free agents, including a certain heavyweight champion from Cameroon.

In 2020, Sergio Pettis, entering his prime at the age of 26 and once ranked as high as No. 2 in UFC's flyweight division, made the jump to Bellator. He improved significantly in his new home, going 4-0, capturing the Bellator bantamweight championship from Juan Archuleta and then defending against Kyoji Horiguchi with an all-time great finish, a spinning backfist which was Sherdog's knockout of the year. Pettis may be the most successful UFC-to-Bellator transplant yet. In 2021, Yoel Romero, fresh from challenging Israel Adesanya for the middleweight title, which I and most observers felt he should have won, entered the Bellator Light Heavyweight Grand Prix. He didn't do as well, being defeated by Phil Davis in his first decisive defeat since Rafael Cavalcante back in 2011. High-profile signings don't always work out! Which elite UFC fighter will join Bellator in 2022? No one knows yet, but there is bound to be at least one. And as noted above, it might even be the UFC's current heavyweight champion, as Bellator will gladly allow him to compete in boxing.


Good can come from the unlikeliest of people. Before he became indelibly linked to combat sports, I considered Youtube star Jake Paul an annoying, opportunistic twerp who cravenly took advantage of his young, impressionable audience. But a funny thing happened as Paul began training in boxing in 2018. For one, he completely dedicated himself to the sport, working hard and honing his craft, and discovered that he had an aptitude for it. Over the past year, Jake Paul has proven himself to be a perfectly decent professional boxer who improves with each outing. Don't let anyone tell you otherwise: Tyron Woodley was known for his boxing in MMA, brutally blasting Darren Till with a sensational pull-back right cross in 2018 before finishing him with a submission and being heavily favored against Kamaru Usman due to his striking as recently as early 2019. And Paul left him completely unconscious with a terrific right hook in December 2021.

However, something even stranger occurred. Paul emerged as a champion for fighter pay and a vocal, effective critic of the UFC and Dana White. He wasn't all talk either, giving Ben Askren and Woodley the biggest paydays of their careers, far surpassing what they had made in any UFC fight. Consider that Askren was an undefeated champion in Bellator and One Championship and a prized free agent for whom the UFC had traded away Demetrious Johnson, while Woodley was a long-time welterweight kingpin who had headlined multiple pay-per-view events.

Happy new year @danawhite. Here is a real challenge for you…

I will immediately retire from boxing and fight Jorge-Masvidal in the UFC if you agree to: pic.twitter.com/bJScDVITvL

White's video response was feeble, claiming that Paul hadn’t written the post (So what? Does that make it any less valid?), telling Jake to start his own promotion (maybe if Jake had a couple of childhood friends who owned a Vegas casino and had bought the leading MMA promotion for dirt cheap under shady circumstances...), and most buffoonishly, stating that Paul is not a money draw, when likely only Conor McGregor and Jon Jones surpass him among UFC stars. Dana White is waging a losing battle here and his position is utterly unwinnable. He's a notoriously arrogant, insulting sports boss who makes many times more than any of his fighters do, the ones putting their hearts, souls and health on the line. He also had the audacity to compare the blows he took as a boxercise coach to the lifelong brain damage suffered by Spencer Fisher after numerous grueling wars in the UFC. To add insult to injury, White brags about losing $1 million on lousy boxing bets or spending the same amount on his son’s birthday party, including artificial snow in Las Vegas, yet balks at paying most of his world champions anywhere close to that sum. Thus, I find myself unexpectedly, wholeheartedly on the side of Paul, and look forward to him making a fool of White throughout the rest of the year.