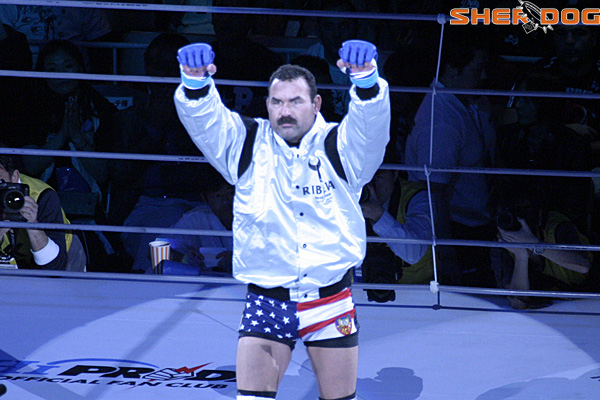 Look around at any MMA website or forum, and one would think that the only health risk to the sport was chronic traumatic encephalopathy, or CTE. While it's a relatively new term, the idea that repeated blows to the head cause brain damage is a simple and obvious one, and has gone by different names since the 1920s, when it was called “punch drunk syndrome.”

And yet, while it's a definite concern in MMA, I find the constant cries of “CTE!” any time a professional fighter suffers a knockout or two to be wildly overstated. Let's compare it to boxing, shall we?

A successful mixed martial artist might have 25 to 30 fights across an entire career. Many—especially early on—will be quick victories, and/or heavily dominated by grappling. Of those that aren't, some portion will go to decision, with few big blows to the head being absorbed by either combatant across 15 minutes. Even in cases where the fighter suffers a knockout, it's frequently ground-and-pound that they can't escape. And when it's not, they are knocked down, suffer a few follow-up blows and it's over.

Meanwhile, a typical successful boxer will usually have anywhere from 50 to 200 amateur bouts followed by another 50 professional ones. There is no grappling or even kicks to the legs and body; striking is dominated by punches to the head. Fights that go the distance last 30 minutes and feature significant shots received to the cranium of both pugilists, no matter how one-sided the affair. Knockouts are always brutal and involve major head trauma. And perhaps worst of all, when a fighter is knocked down, there is a break during which the concussed fighter is allowed to recover just enough to receive more brain damage.

That doesn’t even factor in training camp sparring, where boxers receive even more punishment. Meanwhile, mixed martial artists spar far less in preparation for a bout, and typically less violently nowadays, a point we will come back to.

Boxing averages 13 deaths per year, most due to head trauma. Meanwhile, MMA has had exactly seven deaths in sanctioned competition and another nine in unsanctioned fights across its over-27-year history. Even if we pool the two together, that is significantly less than one death per year. While there were vastly more boxing matches than MMA fights in the 90s and even 2000s, it's much closer nowadays, but the giant disparity persists.

Moreover, there are ways to reduce the amount of head trauma one receives in MMA. In training camps, teams have moved away from hard sparring. Gone are the days of the Lion's Den or Chute Boxe having gym wars resulting in a multitude of knockdowns. Now, mixed martial artists spar more rarely, and with far less force. Concussions in training are now rare.

Furthermore, combatants can choose to fight in a manner that reduces the amount of head trauma they incur, even if they're primarily strikers. Look at Leon Edwards. He is an absolute master of “hit and don't be hit,” using a blend of outstanding defensive skills and very good wrestling to defeat opponents without having to go toe-to-toe with them. While this strategy won't endear you to Dana White, it's certainly a viable one at even the highest level, as Curtis Blaydes made clear last weekend.

If one wants more evidence, look at some of the retired greats of MMA and how they speak in interviews versus how boxing greats sound. Pat Miletich and Bas Rutten, despite very long MMA careers on top of kickboxing careers, speak very clearly and articulately and have an excellent memory of their careers. Their mental faculties appear to be completely unaffected. Compare that to great boxing champions of yesteryear and how much they struggle to sputter out simple sentences or remember their own fights, even commentators like Ray Mancini or Lennox Lewis. Amazingly, both Mancini and Lewis retired relatively young and didn't receive nearly as much damage in their bouts as many contemporaries.

A natural counterargument here is, “What about Gary Goodridge?” The beloved early MMA pioneer has had a rough life post-fighting, as numerous documentaries have chronicled. However, there are two points to realize. First, Goodridge should have retired in 2007, when he was already 41. His last seven fights in MMA were all losses, four of them knockouts, the last one a month shy of his 45th birthday. While MMA inflicts less brain trauma than boxing, fighters still need to know when to call it a career.

More significantly, Goodridge didn't receive most of his head trauma in MMA, but in kickboxing. He had 10 knockout losses in MMA, many of the lighter or ground-and-pound variety, such as his loss to Mark Schultz, an Olympic gold medalist wrestler who didn't know how to punch, or the mercifully quick stoppage against Gegard Mousasi. Meanwhile, he suffered 14 knockout losses in kickboxing and virtually all were of the brutal variety.

OK, I've made an argument that CTE is overstated in MMA. That's great news, right? MMA is a lot safer than sports like boxing and American football, and we should all celebrate! Not so fast. While I believe CTE is overstated, another health problem doesn't receive nearly as much press, but is every bit as pernicious.

Remember the mentions of Rutten and Miletich? They might not have much brain trauma, but both have suffered horrific problems with their necks and back. Both have had major spine surgeries in which their vertebrae were fused. Both have lost sensation and suffered muscle atrophy in an arm from their necks impeding blood flow to the area. At one point, Rutten stated that he couldn't even lift a five-pound dumbbell with his right arm.

This is a remarkably common problem among retired mixed martial artists. One need only watch Dan Henderson or Ken Shamrock walk a few steps to see the results of a decade or two of neck and back trauma, exacerbated in Shamrock’s case by a professional wrestling career that—incredibly—is still going on today. Don Frye has had a litany of back surgeries that have crippled him and cause him intense daily pain. It got so bad that that he considered killing himself.

Unlike brain trauma, there is no easy way to reduce the amount of neck and back trauma. It's an intrinsic part of wrestling, Brazilian jiu-jitsu and every other grappling art. Fighters pull on the necks of opponents when grappling. When rolling, they crane their necks upwards unnaturally while their backs are on the ground. And unlike striking, where risk can be mitigated through protective gear and controlled conditions, there is simply no way to train grappling without putting significant strain on those areas.

That's a troubling reality for any mixed martial artist: that in pursuit of their careers, they might do horrendous damage to their back and neck that make daily life activities, even walking or turning one's head, into painful chores, or relegate themselves to horrible muscular atrophy and a string of surgeries fusing their spines. It doesn't make as many headlines as potential brain damage, but for my money, it's an even greater health concern, especially since there is no apparent way to prevent or reduce it.