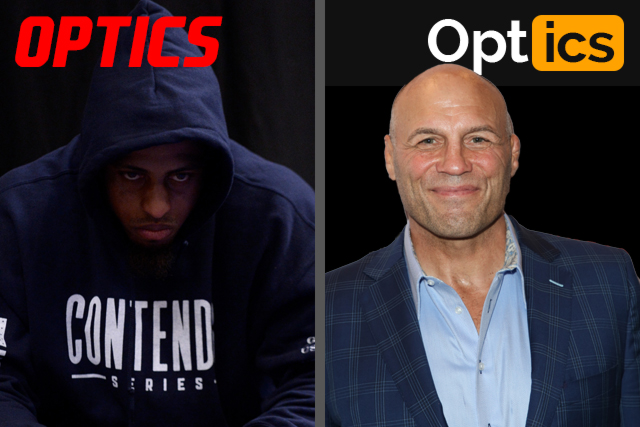 What a week or two for news in our sport. Just the other day, I was told of the existence of a video -- not new, but new to the public -- that was not to be missed, starring former two-division Ultimate Fighting Championship title holder Randy Couture. I did miss it, however; it was gone from the site(s) that had hosted it before I got around to checking it out. It’s a shame, because the second-hand accounts I’ve heard are rather vague on the video’s content. I can’t tell whether it was a direct-to-streaming “Expendables” prequel or a rejected draft for an MMA weight-cutting instructional. Ah, well, perhaps Antonio Rodrigo Nogueira had been saying Couture’s name right all along.

The mixed martial arts world collectively let out a held breath on Friday, as Max Holloway and Brian Ortega both made their contracted weight without incident, allowing what is at worst the second-most highly anticipated fight of 2018 to proceed. Shortly thereafter, the mixed martial arts world took in another breath and used it to start laughing as Renato Carneiro, who had been brought on as a contingency in case either of the UFC 231 principals was unable to compete, failed to make the weight limit for a title fight. Why the UFC elected to bank on a titanic featherweight to make weight under such circumstances is beyond me, but in the end -- knock on wood -- “Moicano” is merely an amusing footnote to a fantastic title fight.

Another story that may have breached the headlines briefly this week is the announcement that two-time Dana White’s Tuesday Night Contender Series veteran and undefeated heavyweight prospect Greg Hardy would be making his Ultimate Fighting Championship debut at UFC Fight Night 143 in January. Of course, when I say breached the headlines, I refer not to the headlines in our little space here but to the national news media, which invariably pays attention to the ugliest and most lurid developments in “human cockfighting.”

Discussion of Hardy has centered around the timing of his debut, which happens to be scheduled on the same card as UFC flyweight Rachael Ostovich, who was recently the victim of an alleged brutal beating by her husband, MMA fighter Arnold Berdon. Given Hardy’s history as a convicted and then legally exonerated perpetrator of domestic violence, people seemed to find it especially inappropriate to have him appear at the same event as one of the UFC’s most recent alleged victims of the same. In the conversation about Hardy and Ostovich, media and social media kept using the same word: optics. “What about the optics?”

Screw the optics. Hardy fighting in the UFC on Jan. 19 is an abysmal idea, no matter what Ostovich happens to be doing that evening. As she herself has pointed out, that isn’t her story. I hope we aren’t so obtuse -- or so craven -- that we only recognize what a poor fit Hardy is for professional fighting when viewed against the backdrop of a woman who fled her home while coughing up blood less than two weeks ago.

I am already on record as being against Hardy fighting in a cage for a living, let alone on the sport’s largest stage. I won’t rehash that article here, but I will point out the ridiculousness of the counter-arguments I received.

I was told that Hardy was found not guilty. Well, not precisely. Hardy was convicted based on evidence and testimony, then appealed and had the charges dropped when the victim could not be found to testify again, having apparently reached a civil settlement. While that leaves Hardy’s legal record clean -- of that offense, at least -- to any reasonable observer, it shows the exact opposite of innocence.

I was told, and continue to be told by anonymous Twitter commenters as well as by UFC President Dana White himself, that I should believe in second chances. Nonsense. Here’s the problem: Hardy is an unrepentant woman-hitter. The part about hitting women is hugely problematic; the part about being unrepentant is a killer. Is this a petty wish on my part that he admit exactly what he did and say he’s sorry? Only to the extent that it might convince me he isn’t a high risk to do something similar again one day. As it stands, all we know is that he was convicted of a horrible crime, exonerated himself in a way that expunges his legal guilt while leaving his factual guilt just as certain -- if not more so -- and then, with the help of his new employer, shut down conversation about it as much as possible.

Second chances are for those who admit they need one, yet Hardy has never owned up to what he did in any meaningful way. Until that happens, allowing him to be a public figure using this sport as a stage isn’t giving a second chance; it’s simply sweeping things under the rug. White doesn’t want you to give Hardy a second chance so much as he wants you to give the UFC a first chance to make money off of him. That’s understandable, even if I find it indefensible. After all, making money for the UFC is his job. Mine is to call bulls--- when I see it.